NHTSA Close to Studying Effect of Seat Belts on Behavior 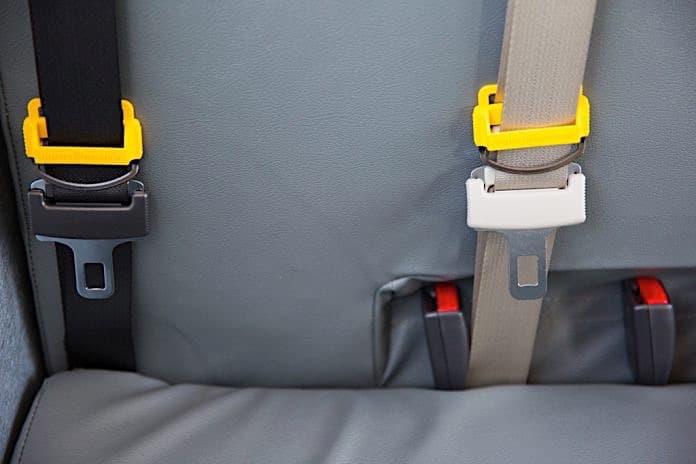 The National Highway Traffic Safety Administration (NHTSA) is seeking school districts that are interested in equipping school buses with lap-shoulder seat belts, to participate in a five-year study on how the occupant restraints affect on-board student behavior.

NHTSA issued an RFP on March 30 with responses due at the end of April, to select a contractor to determine the indirect effects of the three-point seat belts. The project is a result of feedback from school districts that use the systems during a roundtable hosted by then-Administrator Mark Rosekind in January 2016. Several local transportation officials said that their use of lap-shoulder belts has improved student behavior and limited driver distraction.

A couple of months earlier, Rosekind announced at the National Association for Pupil Transportation Summit that all school buses should be equipped with the lap-shoulder belts, but he stopped short of calling for new rulemaking. Instead, he encouraged all local school districts to implement the safety equipment, or for states to enact laws.

This past November at the National Association for State Directors of Pupil Transportation Services annual conference in Columbus, Ohio, NHTSA Highway Safety Specialist Jeremy Gunderson told attendees that the agency seeks to use projects such as this study to correct misinformation regarding the seat belt issue, since it receives several questions each month on the topic.

The first step in NHTSA’s project is to identify existing research on how lap-shoulder belts can improve student behavior on the bus, notably by keeping them seated face forward. This benefit of the belts was confirmed by student transporters, who told School Transportation News in the November 2017 magazine issue that lap-shoulder belt usage discourages horseplay and even fighting.

NHTSA said it will then contact school districts that are planning to install lap-shoulder seat belts, but do not yet have the buses in service. “This will ensure (that) a baseline measure of possible indirect effects is captured,” NHTSA writes in the RPF. “This project would also require that the selected jurisdiction plan to implement an education component for bus drivers, students, parents, teachers and other school officials, to emphasize the importance of using seat belts on school buses.”

The winning contractor will be required to identify and analyze existing research on the evaluated indirect effects of lap-shoulder belts, as well as collect and analyze data from school districts selected to participate in the study.

A full report is due to NHTSA for review within 46 months of awarding the contract, with a final report due to be completed and published by 60 months.