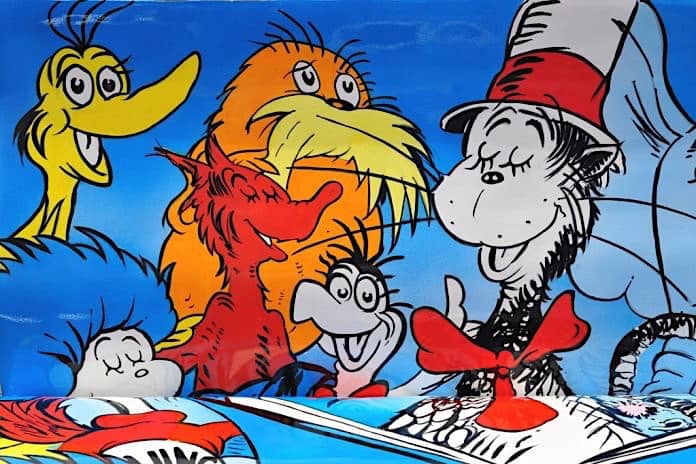 There are many lessons that student transporters can learn from celebrated children’s author Theodor Seuss Geisel, said Pete Meslin during a session at the TSD Conference in Frisco, Texas last week.

Although at first glance, there may not be much of a connection between the work of a student transporter and Dr. Seuss’ famous rhymes and characters, Meslin assured attendees that although it is a unique perspective, it is one that can be useful. 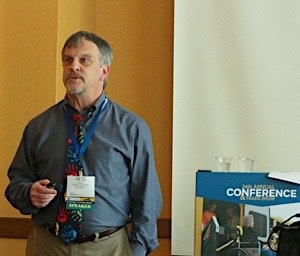 Pete Meslin presents at the TSD Conference in Frisco, Texas.“I like to take original looks at things, try to think of things a little bit differently,” said the longtime transportation director at Newport-Mesa Unified School District in Orange County, California. “We’re going to talk about transportation lessons that we could have learned from Dr. Seuss and can continue to apply.”

Meslin started off the session with a passage from “One Fish, Two Fish, Red Fish, Blue Fish”:

“From there to here … From here to there … Funny things are everywhere.”

He added that student transporters often work long hours, so it is especially important to be able to have fun and laugh with colleagues, because this in turn can help rapport and morale.

Meslin said another lesson to be learned can be drawn from “The Cat in the Hat.” He described the Cat in the Hat as a mischievous character who causes trouble for the children that he visits in the story. He brings along Thing 1 and Thing 2 with him to help clean up the mess that he has made.

Meslin cautioned against hiring staff with characteristics like the ones he described in the Cat, because this can put transportation leaders in the position of having to “clean up” the mess, much like Thing 1 and Thing 2.

Meslin also introduced a quote from a lesser-known book by Seuss titled “I Had Trouble in Getting to Solla Sollew.”

“But I’ve Brought a Big Bat … I’m all ready you see … Now my troubles are going to have troubles with me.”

He then advised the audience to be proactive, not passive, about addressing any problems that may arise at work.

“I am not passive about addressing troubles, and I suggest you not be. Small troubles become big troubles … it gets harder. Attack the trouble. Hoping that the problem just goes away is never a good strategy,” he said.

The session continued with several more interesting lessons and concluded with a well-known quote from “The Lorax”:

“Unless someone like you cares a whole awful lot, nothing is going to get better. It’s not.”