Home News The Seat of the Problem
NewsSafety

The Seat of the Problem 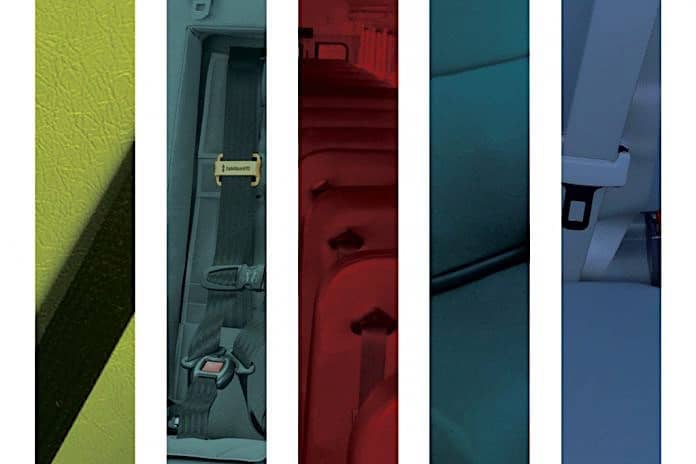 The annual summer run on the repair and replacement of school bus seat covers is in full swing and is stretching vendors to their limit to keep up with the orders. Some vendors say the trend actually increases their costs and may increase the risk of fire hazard on the bus during the year because of exposed foam.

Ordering everything at once drives up manufacturing costs because vendors must factor in overtime and extra shifts with regular employees and take on seasonal help. Ordering seat replacement and repairs during the school year would lessen manufacturers’ costs and could lower the costs incurred by school districts.

“The day after the last day of school we saw two to three times as many orders in a day than we can manufacture in a day,” said Branden Smeltzer, general manager at Heavy Duty Bus Parts, which does business in all 50 states. “Vendors are selling more than they can make right now because of the annual summer seasonality of seat covers and foam. We’ve been busy since March.”

Tony Everett, chief operating officer at HSM Solutions, said the summer ordering frenzy is more of a historical pattern and creates an unnatural spike in manufacturing capacity that HSM can monitor through its sales trends. “We have an after-market peak from May until the first part of August, when we run four to six times higher than the rest of the year,” Everett said. “This increases cost because the spike is dealt with in overtime and temporary workers. The cost for temps is high because of the short-term training.”

Everett said the reason for the seasonal approach to maintenance is that many bus fleets are not as large as they used to be, and transportation directors must keep as many vehicles in service as possible during the school year. “Those agencies are under financial pressures and they don’t have the extra buses available,” Everett said. “If their plan calls for 25 buses, that’s what they have.”

Charles Vits, market development manager for SafeGuard, said the IMMI brand sees a heavier demand for school bus seats during the summer from both the OEMs that are trying to meet customer demands and from school districts wanting to replace their existing seats. He added that it need not be a strain.

“Production forecasts based on historical demand can enable a manufacturer to perform proper production planning so customer demands are met with minimal impact to the organization,” Vits said.

Vits agreed that school districts have more time during the summer months to look at the maintenance issues for the entire bus. “The summer break affords school district transportation departments time to assess what they currently have and what they need to prepare for the new school year as well as the time to perform the necessary maintenance repairs without the fear of potentially delaying any route or trip needs,” Vits said.

BESI, Inc. President Sue Weaver agreed that most school districts tend to replace the majority of seat covers during the summer when school buses are used less often. But that trend does not hold as true as it once did. She said that some school schedules are year round, which results in better maintenance procedures.

“Order volumes are much heavier during the summer season, but we have shown much higher percentage increases in business during the non-summer months, too,” Weaver said. “At one time in the industry seat covers were almost a strictly seasonal item, but it has moved into more of a yearround trend in the past 10 years or so.”

Dale Puhrmann, national sales manager for TRP Bus Parts, called the summer seat replacement a tradition and hinted that it might be more efficient for school districts to do so. “I have observed this operational behavior for nearly the last 10 years,” Puhrmann said. “There is potentially a savings doing all seats needing repair at one time. Consequently, a district could experience lower labor costs doing all seat repairs over a short time frame.”

School bus seats must comply with FMVSS 302, which governs flammability of interior materials. The seats must meet the criteria of the School Bus Seat Upholstery Fire Block Test, which requires that no more than eight minutes pass from ignition to flameout and the flame not spread to any other seat. A torn or worn seat cover could reduce these flame retardant capabilities.

Vendors and school transportation officials expressed concern that damaged seat covers could increase the danger of fire. Damage by vandalism and normal wear could render the fire-block capability of the seat cover useless and expose the much more flammable foam underneath.

“Depending on the nature of the damage to the seat cover and exposure of the seat foam, an increased fire hazard risk may exist if the cover is left unrepaired,” said Vits. “Furthermore, damaged covers may increase the opportunity for damage to (exposed) foam, thus requiring the additional foam replacement cost.”

Weaver said not replacing seat covers as soon as possible is a safety issue. “The seat cover is not just an appearance item, but it is an integral part of the impact and fire protection built into the seat,” Weaver said. “These seats are built to perform a certain way and a torn or damaged seat cover could affect the performance of the seating system.”

Roger Ashby, vice president of sales for Foam Rubber Products, said that if there is a fire on the bus and it is fueled by diesel fuel, it will burn regardless of the type of vinyl or foam. “It will not make a lot of difference; it will burn,” Ashby said. “If you have a fire on one seat, you must consider how long it takes to reach the other seat. The foam in those buses meets the same flammability specs as in a passenger car. It’s the same whether it is exposed or covered with vinyl.”

Moulder said that with 66 buses and two mechanics, it can be difficult for the district to keep up if work is not done immediately.

“Seats are done at the beginning of the year,” she said. “Our state inspection is in March so we make a push from Christmas break to inspection. That makes it twice in a year. If we don’t keep up with those things, it makes it more difficult to do well with the state inspection.”

Moulder said a busted seam or a torn cover is a major issue. “Once we see foam we cover it,” she said. “We do use some seat tape for those instances we deem is unnecessary to replace the cover. It would be very expensive to replace seat covers for every little pinhole. Others may not do it this way, but that’s what we do.”

The Ozark maintenance program serves as a model for Bentonville Transportation Director Chris DeWitt, a former Ozark employee. DeWitt said each of his 160 buses is inspected at least twice a year, not including the state inspection.

“We also rely heavily on our drivers,” he said. “We ask them to go seat by seat. We want to take care of certain items now.”

DeWitt noted their inspection is not a cost issue, but partially a safety issue as well. He added that with only five technicians, it is a necessity because if they fell behind, they might never catch up. “It is taxing on our staff,” he said. “But in the long term we have fewer problems.”

Moulder sees another benefit to keeping the bus seats in good repair. “If you keep the buses looking nice, it affects the way kids behave while on the bus,” she said. “If a driver doesn’t care about their bus, the kids don’t care. If the driver keeps bus neat and clean, the kids know what’s expected.”