The Subtle Art of Transporting 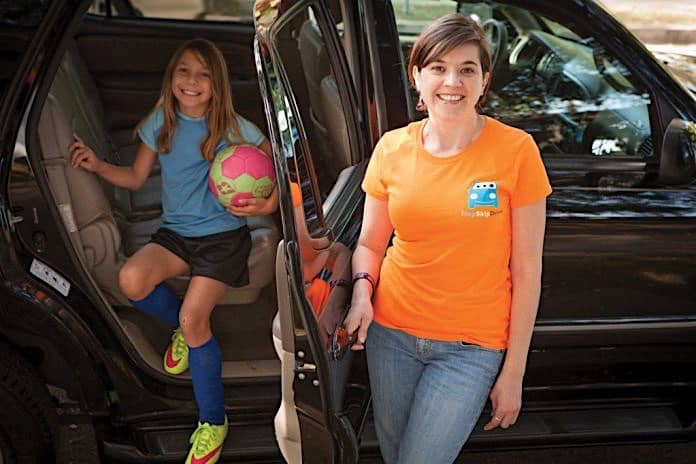 The future is now. Kind of. For small groups, outlooks are bleak. For a larger share, prospects are bursting with infinite opportunities.

The reign of taxis has been broken. Ride-hailing services from Uber and Lyft are decimating the traditional modes of paid transportation, with mass transit the next possible objective. The concern now is that these companies, and ones with similar business models, have set their sights on the school bus.

Uber alone has begun to consider expanding into other fields with a division called UberEverything. This department investigates opportunities to diversify outside of the ride-hailing sector, like food delivery and courier services. One such venture has been unveiled in the Pacific Northwest for beta testing.

Tackling mass transit, such as the Seattle city bus system, UberHOP operates along a predetermined route, providing passengers multi-person, ride-sharing options. According to the scheme, it offers a smooth blend of conventional public transportation with on-demand convenience of modern ride-hailing services. Whether or not this proves successful is still up in the air.

Rest assured, though, the replacement of the school bus remains a remote possibility. Yes, the taxicab industry is in ruins and mass transit should be a bit worried. Yet, even with the chance that a number of ride-hailing start-ups geared specifically to drive children to and from school suddenly cropping up across the country, curtailing the dominance of the student transportation industry is slim.

For Uber and Lyft to pivot to student transportation and achieve the same success nationally, a number of hurdles must be surpassed. Even those within the student transportation community aren’t worried that this will happen anytime soon, believing that the incidences where Uber and the like have overtaken the market are isolated and occurring to industries that have always been in the need of radical overhauls.

“I haven’t really heard of ride-hailing programs being used much in school transportation,” said Brian Mann, director of sales and marketing for busHive. “I may have heard it being used once or twice as a substitute for morning and afternoon routes. Instead of kids taking the bus, they may use a ride-hailing app to get brought home or an after-school activity; however, this is not common or a trend by any means.”

busHive delivers a software platform for the purpose of tracking all aspects of transportation including field trips, its bread and butter, for both school bus and motorcoach operations. Mann was overt in stating at that ride-hailing programs have had little to no impact on busHive, or the industry as a whole. He directed attention to the fact that most people who work for ride-hailing companies are complete strangers who lack the proper qualifications or training to drive children.

“Honestly, I do not see ride-hailing programs threatening the school transportation market,” Mann said. “Actual bus operators may feel differently; however, school bus drivers have annual trainings, screenings and certifications. I cannot see parents wanting their kids to be picked up by an unidentified stranger with no qualifications.”

Equally as important, yet not as equally discussed, is that ride-hailing programs cost money. UberHOP, for instance, comes with a $5 fare per ride. That becomes pricy when used on a daily basis. While people have always sought alternatives to public transportation, it has been limited to those who can regularly afford taxis or car services. For a major portion of the population, the cheapest solution is often the only solution.

On top of the expense issue, these companies are facing or settling several cases of litigation across the country. Uber recently resolved two lawsuits in California and Massachusetts for a sum of $100 million to end a fight with its contractors who sought employee status. This settlement arrived a few weeks before two more class-action lawsuits from workers in Florida and Illinois who are fighting for the same change.

Still, establishing a similar Uber/Lyft model to student transportation remains a goal. A few companies have cropped up in the last year to try to mimic the success of Uber and Lyft, that success slightly tentative. Two start-ups, Shuddle and HopSkipDrive, have attempted to bring about on-demand, ride-hailing services to a few cities on the West Coast.

Shuddle, which was based in San Francisco, promoted itself as kid-friendly, ride-sharing program for parents willing to pay a bit more for on-demand service. While the company grew its staff to 32, provided 65,000 rides and secured funds of $12 million, Shuddle fell short of its further fundraising goals and ceased operations in April.

The Los Angeles-based HopSkipDrive is still going strong. Much like Shuddle, HopSkipDrive offers rides to both school and after-school. Currently, the company operates throughout L.A., Orange County and San Francisco, and employs 500 drivers, who are rigorously vetted, including background checks and fingerprinting. Drivers must also have childcare experience.

“HopSkipDrive is perfect for the times when the regular school bus schedule isn’t convenient or when a child requires additional caregiving outside of the set bus route,” said Joanna McFarland, CEO and co-founder of HopSkipDrive.

McFarland has explicitly stated that her company wasn’t founded to compete with the school bus. Instead, McFarland believes that HopSkipDrive “offers a more accessible and convenient option for those families that need that extra flexibility as well as confirmation that their kids have arrived to their destinations safely and reliably.”

The intended use of HopSkipDrive, as McFarland pointed out, is for busy families that find it challenging to use the transportation options provided by schools.

“We understand that parents and kids alike are busier than ever, and it’s impossible to be in two places at once whether due to work obligations or other family responsibilities,” McFarland said.

HopSkipDrive provides families with the necessary flexibility to fit individual needs in order “to simplify their lives.” This can especially true for families in the 21st century, as the school bus runs on a set schedule, and in a time when children might have two sets of parents, HopSkipDrive can be a great solution for families that “want to provide continuity for their kids in getting to and from school and activities, or even doing the exchange from one parent’s house to the other’s.”

“During the day, when buses don’t always run—be it early morning or late afternoon—and parents are working, we’re providing an alternative solution to help families make it work,” McFarland said. “The bus also may not be available to take children to their extracurricular activities like tutoring, dance and soccer when parents are stuck at work or can’t be in two places at once, or even to and from parties on weekends.”

Investors seem to feel that, at least for now, HopSkipDrive is a sound venture as the company recently secured $10.2 million in funding.