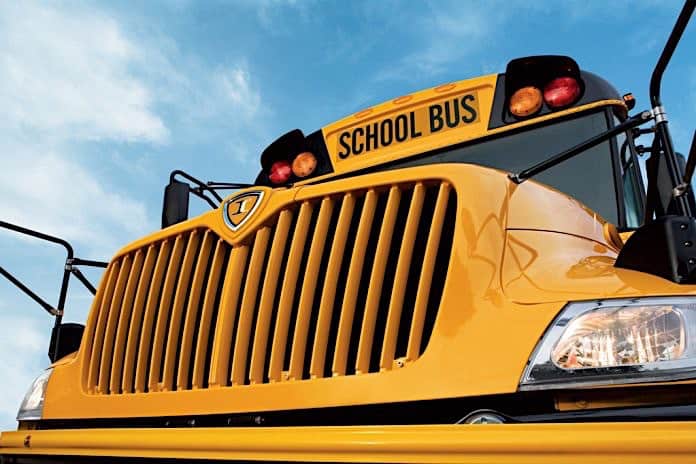 RENO, Nev. — During the “Green is …” 15th STN EXPO Trade Show, it was fitting IC Bus released a white paper on how school bus operators can realize up to 70 percent increases in fuel economy.
While pointing out that the calculation of accurate data is reliant on accurate testing, the aim of “School & Commercial Bus Fuel Economy” sets out to give best practices. It reiterated the highest savings figures of 50- to 70 percent cited the past few months by IC tied to the plug-in hybrid electric school bus, and non-plug in hybrids can save 20- to 40 percent.
But it also discussed how more mundane changes to operations can help improve a school district’s or private school bus company’s bottom line. For example, driver behavior can save as much as 30 percent on fuel economy through gradual braking and acceleration and limited idling. Fuel economy is reduced by one percent for every hour of idling.

“An easy way to reduce this is to include a Vehicle Idle Shutdown Timer in a bus’ specifications,” states the IC paper.

Other ways to reduce fuel consumption include proper usage of a vehicle’s automatic transmission fuel economy mode, a topic of an STN EXPO maintenance workshop the day prior, can save between 3- and 5 percent. Shift energy management and transmission retarders are also available benefits. While increasing the cost of a new school bus by approximately $7,000, using EPA 2007-compliant diesel engines increases fuel economy by 9 to 15 percent. The paper also discusses proper tire inflation, citing figures from a Clemson study that show a 1 percent reduction for every 10 PSI a tire is under-inflated. Improper oil levels can decrease fuel economy by 2 percent.