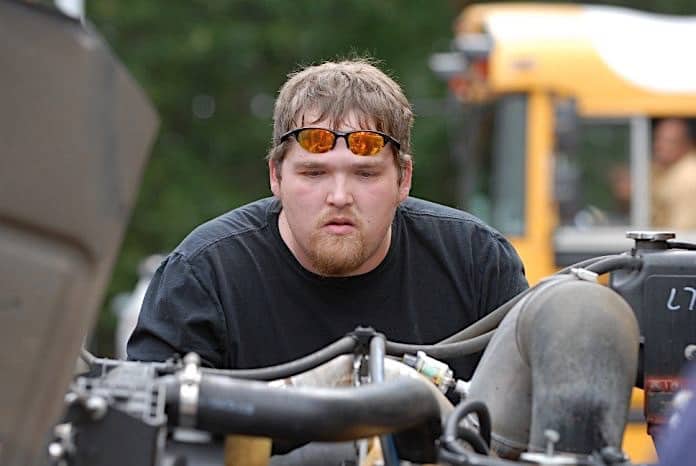 Checks on all North Carolina school buses are recommended, as an investigation concludes that engine wiring was the cause in two school bus fires in the Charlotte-Mecklenburg Schools (CMS) district last year.

After two FS65 Thomas Built Buses with CAT 3126 engines burst into flames within minutes on Oct. 19 and Nov. 14, the community demanded answers. In a press conference held after the second fire, school district Chief Operating Officer Carol Stamper said that that type of bus would not be pulled off the road before the investigation was complete.

On Tuesday, CMS released a statement saying its investigation had determined that “the causes of two fires on board CMS school buses is related to the wiring components in the engine compartment.”

Inspectors from CMS and the state Department of Public Instruction (DPI) could not “positively identify a specific cause” for the fires, but they felt “the area around the starter could be an area of concern.”

CMS is currently inspecting the starter area on its buses. “CMS Transportation staff looked for missing frame insulators and condition of the wiring; even though some of these buses did not have frame insulators when new,” the district said. “Transportation teams have taken the proactive step of installing this protective sleeve on any bus identified as a concern.”

“The district will continue all efforts to identify problematic issues and work to correct any areas of concern on all school buses,” the statement added.

While the investigation was still ongoing, DPI issued a memo on Nov. 17 to all North Carolina districts telling them to check the wiring in all their school bus engines. It specifically instructed that “every model year 1998-2003 bus with a Caterpillar engine must be inspected again, and if needed, repaired.”

“When performing 30-day inspections technicians should also pay close attention to the battery wire showing signs of rubbing/chaffing from a bolt that goes through the firewall on the FS65 chassis Freightliners,” the memo added.

DPI also noted that it had pointed out in May 2011 that high engine temperatures and “deteriorating wiring harness wire ties” had allowed wiring to fall onto the manifold and ignite fires. “DPI inspectors have still seen in some bus garages where they have not performed the repair to the valve cover wires as requested or needed additional repairs,” the memo noted. “Please ensure that these issues are addressed.”