SB 328, which was signed into law by California Gov. Gavin Newsom last October, prohibits high schools from beginning classes before 8:30 a.m. and middle schools from starting before 8 a.m. While districts have changed their start times voluntarily, this is the first such legislative mandate to be passed in the U.S.

But when it comes to actual implementation of the law, there’s more to this situation than what meets the eye. Even with a July 1, 2022 compliance date, student transportation directors in California are now starting to consider the law’s implications and the operational adjustments they will have to make.

Changing the bell time schedules at thousands of schools is not a task to be undertaken lightly. Pam McDonald, director of transportation at Orange Unified School District, likened it to economically hard times when district have to cut routes, combine routes or increase student walking distances.

“California has more high school districts than any other state—how’ll they make it work?” questioned Purvis. A 30-plus year veteran of the student transportation industry who also provides consulting services, Purvis relayed that many student transporters are unsure of how to handle the new mandate.

Athletics is one area in which transportation directors can already foresee issues. It’s the “elephant in the corner,” laughed Purvis.

High schoolers and middle schoolers who start school later will obviously be dismissed from school later. For a good half of the year, they’ll emerge from school into darkness. And then there’s still homework that they have to complete that evening.

Jeff Hutchings, manager of maintenance, operations and transportation for Southern California’s Huntington Beach Union High School District (HBUHSD), pointed out that sports timing regulations set by the California Interscholastic Federation will also come into play. It’s an aspect that he said each county should discuss.

On the flip side, McDonald and Hutchings mentioned, the later bell times could be beneficial to some high school districts because drivers can clock in later and thus be available for sports or field trips that run into the late evening hours.

McDonald uses a two-tier routing system at Orange USD, with elementary students on the later schedule. Her suggestion to the board was to flip the tiers. That’s also the solution being considered by Raygoza.

But once elementary students are assigned earlier school start times, there is an impact on them, their parents and their teachers. Transportation directors now have to consider how long parents would want young children standing at a bus stop on cold mornings, or how early teachers will want to come in. 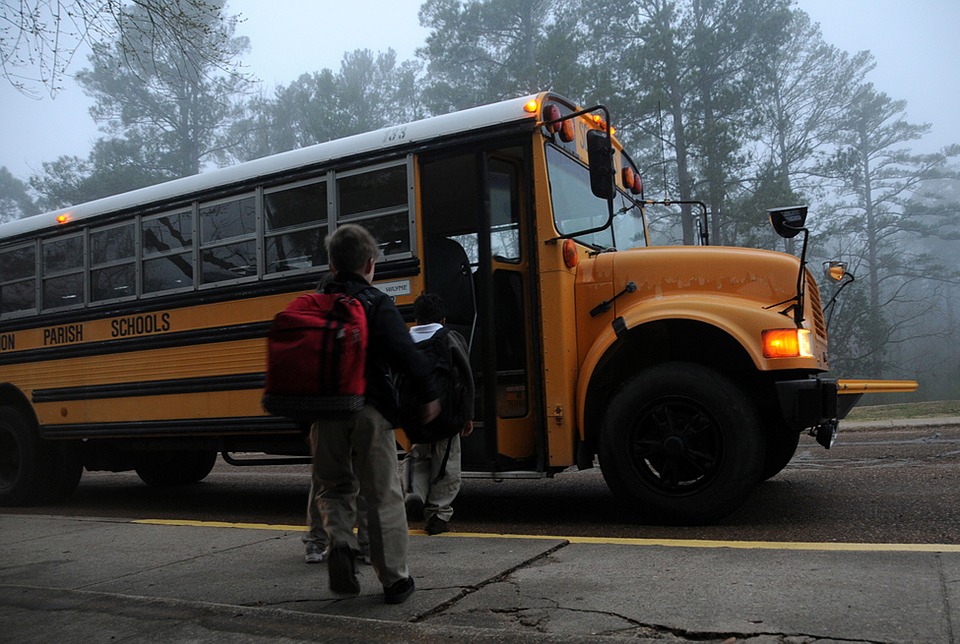 Poway USD currently uses a three-tier routing system. When SB 328 became law, Purvis said he and his team went back to the drawing board to figure out a solution.

After hours of work with multiple spreadsheets of data, they came up with several potential solutions—but with each one, there was a cost: a monetary cost, a loss of routes, or at the very least a late dismissal time, and a loss of afternoon hours for certain grades.

Other things to keep track of are the maximum allowed ride times, the time that needs to be allowed between the same bus doing multiple runs, and additional trips that districts like Poway USD complete for other school districts or county consortiums.

To further complicate matters, no official definition exists in California of what constitutes a “rural” school district, which is precisely the type of district that is exempted from complying with SB 328. It’s enough of an ambiguity to make Raygoza take a second look at what kinds of adjustments she will actually have to make, if any.

There are no two ways about it. Later school start times is a complicated issue. But there are potential solutions in the works, and they are sure to improve as discussions continue among California student transporters.

“We look forward to learning more in the upcoming weeks and months about what potential opportunities SB 328 may bring,” shared Edward P. Flavin, director of communications for National Express, the parent company of national school bus contractor Durham School Services.

The key to figuring this out is to take a holistic look at your transportation department, explained Purvis. A smart manager, he explained, will understand his or her cost per bus and then make better use of available buses to make the most optimal use of the fleet.

“There is a lot of work involved because now they have to go back and look at all the bell times, then run different scenarios to see what’s going to work for them and get them compliant with the new legislation,” Worster pointed out.

“It won’t be a quick process,” warned Micah Brassfield, a director with industry consultant TransPar Consulting Group, adding that the essential consideration for districts is to recognize what the best option is for their unique setup.

Consultants from Transpar Group and routing experts from First Student are two of many resources available if districts find themselves overwhelmed in this area.

Looking at the situation may even net unexpected positives. The schools in Huntington Beach Union High School District have varying start times. Because of SB 328, those may have to be normalized, which would be helpful to Hutchings.

Once a plan is in place, it requires tweaks to make it as efficient as possible. Purvis laid out scenarios in which he could fit sports trips in-between other routes that the same driver performs. This comes in handy for districts like his that also complete trips for other districts.

However, it’s important to remember that operational efficiency looks different for each district.

For example, a district that looks at its new routes and determines that it will have a staffing problem is likely one that will want to look at contracting, Hutchings explained.

“If a school district reduces the number of tiers and doesn’t want to buy buses or hire drivers, then they would have to contract out at least parts of [their operation] to a big bus company,” McDonald confirmed.

“One of the advantages for school districts, when they choose to move forward with a contractor, is that you’re seeking out a company that’s an expert in that particular field,” explained Brassfield. 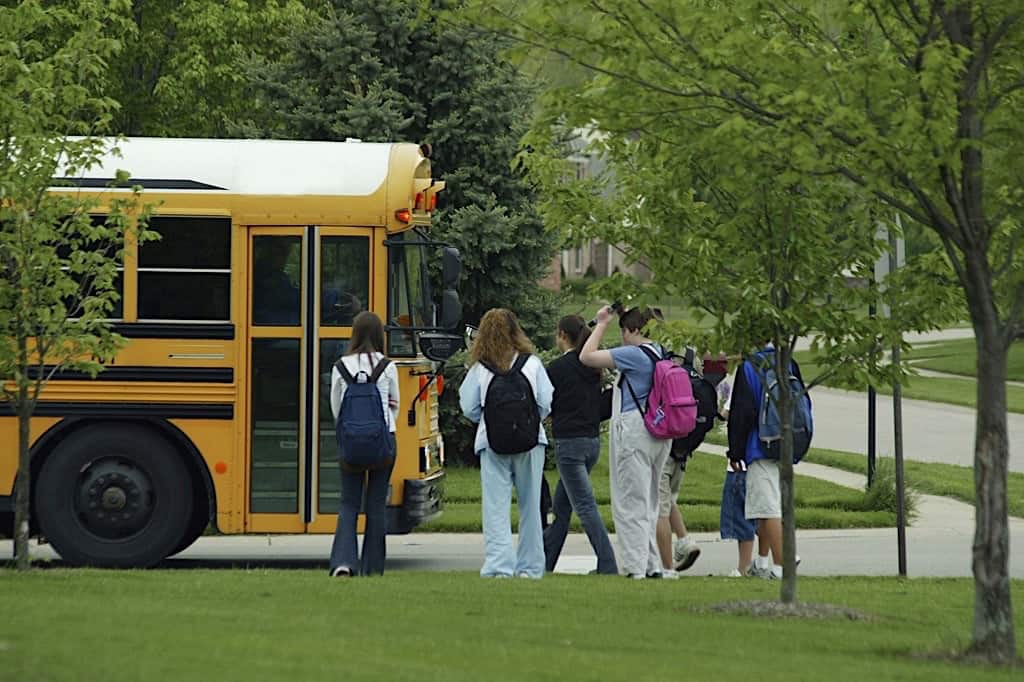 “Not too many districts in California have the revenue streams to increase their bus fleets to the size they would need, without doing something radical to their bell schedule. So then, do you bring in a contractor to augment?” Purvis questioned. That’s certainly a viable option if savings can be proven, he said.

“We feel that—because this is not taking away from existing unionized positions and is incremental work—this is work that districts can consider using contractors for, to help them save some money,” assured Worster.

“You’re looking for a partner that has already been engaged in helping solve unique problems for school districts across the nation,” Brassfield advised.

Whatever a district does, it must begin with a candid conversation. For example, Orange USD has a committee in the works to help brainstorm solutions. Brassfield agreed that this is an important part of a bell time change process.

“It’s not just students and parents that are impacted, it’s your entire community,” she said. “The earlier you start talking, the better.”