The 5G Reveal: Do I Need This Technology Now for Student Transportation?

When the Big 4 carriers announced sunset dates for their 3G networks several years ago, sometime during the ensuing confusion, it was mentioned that a 5G network was coming to make everyone’s life easier, and people began to wonder who the carriers were talking to – literally. 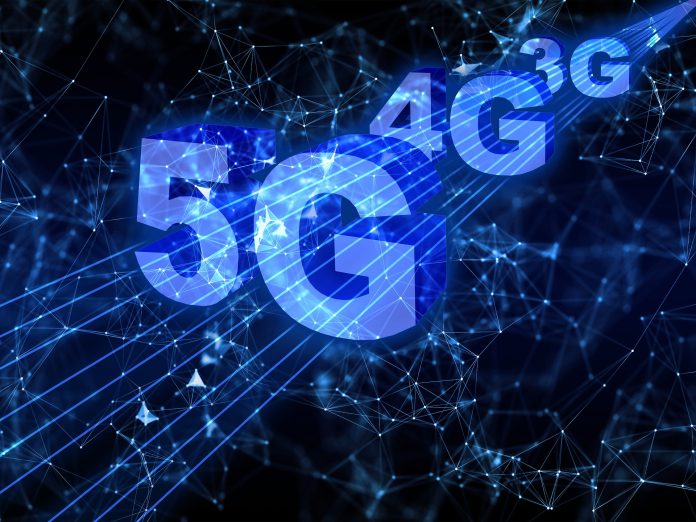 The reality is they were talking to anyone who would listen. That included cell phone users and data collectors such as commercial customers, individuals, and government entities such as school districts.

After all, the 5G network was being touted by carriers on the internet and television. AT&T advertised its 5G phone during the NCAA Men’s Basketball Tournament. All the advertising seemed to imply that it’s 5G or nothing. 4G enjoyed no such exposure.

People imagined that anyone who did not upgrade to 5G would be struck blind, deaf and dumb – digitally.

Explaining 5G is like trying to see the wind. You can only see its effects. Experts say that 5G is a next-level generation of technology that is unmatched in speed and bandwidth capacity. It enables more people using a greater number of devices to access the network in a shorter span of time than ever before. Download speeds are incredible. One internet site claimed a 5G-enabled cell phone can download a 2-hour movie in 10 seconds versus the seven minutes needed by a 4G device.

“Primarily speed and the amount of bandwidth are the advantages for school districts,” said Michael Flood, vice president and general manager for education at Kajeet. “If you have a lot of students connecting on a school bus, you want as much bandwidth as possible.”

But 5G is an expensive upgrade for most school districts. They turned to their providers for counsel and were told that, except in a few instances where the need and the money were there, most operational needs did not warrant an upgrade. They were told a more affordable and practical 4G upgrade would suffice for the foreseeable future.

“5G isn’t really a practical solution for the school bus industry or for most commercial vehicles, once it comes down to it,” said Zonar spokesperson Ben Hohmann. “5G might be fine for your phone so you can transmit videos, but when it comes to commercial vehicles you don’t need to transmit that much data. You won’t see 5G on school buses I suspect any time soon. You might see a handful of districts with money who are willing to test it out, but until that gets built out it’s going to be 4G for at least the next five to 10 years.”

Hohmann said Zonar will address 5G as it becomes a market need. “For what a school bus needs, that is just cost prohibitive and we will not pass that along to our customers when they can get everything they need from a 4G device,” he added.

TripSpark Technologies’ Joe Winkler agreed about the hyperbole surrounding 5G, adding his company would never scare its clients into buying equipment they don’t need. “The cell carriers have been advertising 5G for several years now and everybody thinks it’s prevalent,” said Winkler, who serves as a manager of onboard technology at the company. “If we’re talking consumers and $1,000 smartphones or tablets, then it is more prevalent. But for the industrial segment that I put school buses in, it will be several more years at least.”

Winkler said there is very little current GPS functionality that requires 5G because most operations are not streaming videos. “That’s different than sending GPS information,” Winkler explained. “Streaming is a lot of content, and you need high bandwidth to get video going in real-time.”

“What we’ve been told by multiple companies is that 4G was the option for us and 5G was not practical for anything other than the consumer,” Coonrod said.

Kelly Shahan, transportation director for the Red Clay Consolidated School District in Delaware, also said she was told by her vendor TripSpark that 5G technology was good for cell phones and high-end tablets, but it exceeded her current needs. “I am not an expert, but from everything I’ve read and everything our provider has told us, [the upgrade] is not 5G, it’s really 4G,” Shahan said. “It’s 5G if you’re talking about maybe your cell phone or a high-end tablet or something like that, but for the purpose of the technology on the buses, it really is 4G on the buses that we’re going to because 5G doesn’t really exist for that. That’s what I’m being told by my provider, and I believe them because they’ve never steered us wrong.”

Tim Shannon, transportation director for the Twin Rivers Unified School District in Sacramento, California, agreed that 4G should suffice for now. “I don’t know that there is a real advantage to 5G, especially if you’re just using GPS or camera signals,” Shannon said, adding that it hasn’t kept him from testing 5G on two buses. “The only thing is we know the technology is going to migrate that way and they are going to eventually discontinue 4G just like 3G. If you’re already in that space [5G], you’re going to be set for a longer period of time.”

Flood, whose company Kajeet has developed a 5G solution called Smartbus, said Wi-Fi is a good reason to skip the 4th Generation and go to 5G, if you can afford it. “Aside from students using the network to do homework or watch educational videos, there are lots of other devices and systems on a modern school bus that are using the network as well, including the video systems that monitor student behavior or driver behavior or could be watching for cars illegally passing the bus,” Flood said. “All of that video can be viewed in real-time when you have a high bandwidth connection.” He said other things on the bus using the network include engine diagnostics, student tracking systems and real-time GPS.

Flood said that even some of the systems going into buses today, like air purification or cleaning systems and systems that keep track of diagnostics, could use network access. “Having a school bus that has a robust and powerful network onboard allows for all of these other solutions to easily connect and use that connection,” he added.

Flood said Kajeet has about five education clients that use Smartbus, which launched in 2021. He said some customers did not opt for 5G because it required an equipment upgrade or additional costs.

However, the Los Angeles Unified School District, the second-largest in the country, has opted for school bus Wi-Fi capabilities, which generally is supported by 5G devices. An LAUSD spokesperson confirmed Verizon Wireless is installing the Wi-Fi hotspots but declined to answer exactly how many school buses are being outfitted or for what kind of routes it will be operated across the district’s 720-square-mile service area.
Meanwhile, Twin Rivers’ Shannon noted, “When you don’t have long routes and you’re not using buses for field trips, there is not a lot of uses for Wi-Fi on the buses.”

Flood said cash-strapped school districts desiring to upgrade to 5G for Wi-Fi can apply for the Emergency Connectivity Funds (ECF). “There are several things the ECF will pay for and one of those things is Wi-Fi on school buses,” Flood said. “ECF will pay for equipment and service, so if a school district does not have Wi-Fi for students at all on their buses today the ECF can be used to pay for that. If they do have it but they are using a 3G solution that will be shut down, they could also use the ECF to buy new 5G equipment to provide that service. That makes it easier.”

Flood added that another ECF application round is expected to be announced within the next 60 days and nearly a billion dollars is still available. He hinted that rural school districts would be given preference. The FCC did open a third ECF application filing window on April 28. It is scheduled to close on May 13. This window will support eligible equipment and services purchased between July 1 of this year and Dec. 31, 2023.

Editor’s Note: Stay tuned for the May Issue of School Transportation News for more information on 4G technology.