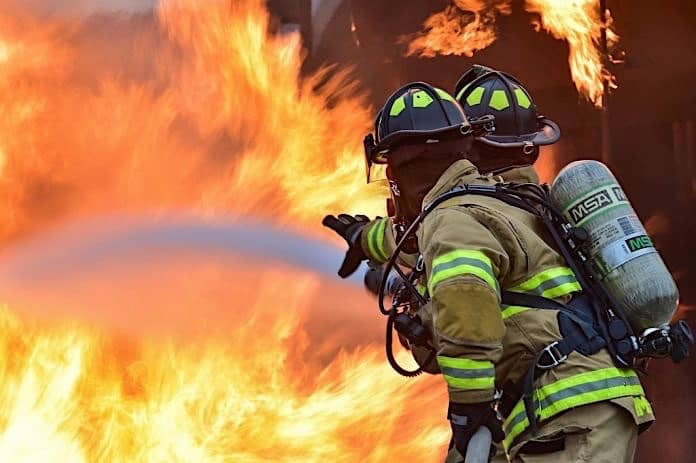 A school bus driver in Alberta went to work for her morning route the day after her home was destroyed in a fire, reported CBC.

Robyn Gilliland, a school bus driver in the rural Medicine Hat area of Canada, said that she and her husband were watching a movie in their mobile home on Nov. 22, when they smelled something burning. Gilliland told CBC that by the time the couple picked up their dogs and made it to the door, the house was already filled with smoke.

Gilliland commended the local firefighters for attempting to save what they could of her house. “We’re trying to see if we can salvage maybe a few clothes, and that looks to be about it. Those trailers don’t hold up well to any kind of fire,” she told CBC.

The couple was reportedly able to stay with neighbors, and after a few hours of sleep, Gilliland went to pick up the children on her 5 a.m. bus route.

“The kids still need to get to school and plus, that’s a whole other family for me,” Gilliland told CBC. “I still owe them, you know, the privilege of getting to school safely, and it was kind of a bit of a distraction for me that I could continue to do that for them.”

Other local school bus drivers have reportedly set up a GoFundMe for the couple.

“Our rural families and communities that are coming together for us is unbelievable,” Gilliland said.

Editor’s note — A previous version of this article incorrectly cited Calgary as near driver Robyn Gilliland’s home. Her home is located about three hours away in Medicine Hat, Alberta.