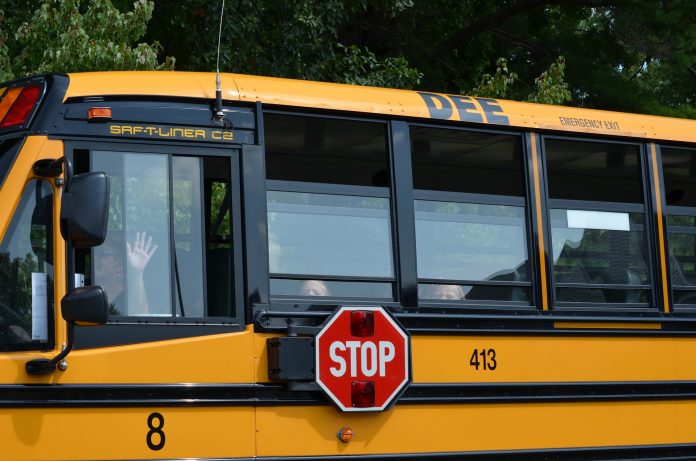 A woman was arrested in Bradenton, Florida, located south of Tampa, after she lashed out against a pregnant school bus aide, WFLA 8 reported.

The victim said that she was on board a school bus dropping off students on Oct. 2, when a student’s mother, identified as Erica Piedra, boarded the bus. Piedra reportedly began screaming and cursing because the bus was 30 minutes late.

Piedra allegedly shoved the aide, who is nine months pregnant, against a wall while continuing to be verbally aggressive. The victim reported the incident to the police four days later.

Detectives confirmed the bus aide’s account of the incident with the driver of the bus. Piedra was arrested and charged with aggravated battery on a pregnant woman.

When police arrested Piedra, she reportedly said that while she did curse at the bus aide, she did not physically push her or enter the school bus. There were no reported injuries following the incident.