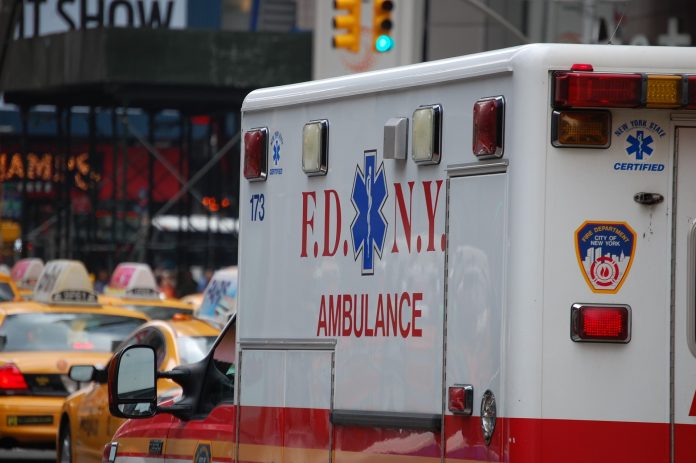 A New Windsor School District school bus was involved in a crash on Oct. 22 that resulted in multiple injuries, as well as three people, including a student rider, in critical condition, reported ABC 7.

The school bus from Little Britain Elementary, located south of Albany, was reportedly involved in a crash with a landscaping truck that was outfitted with a woodchipper. While the accident remains under investigation, local authorities said that the truck did cross over double yellow lines and struck the school bus.

“It is a horrible, horrible accident, and I’ve seen many in my life. This is probably the worst I’ve seen,” Orange County Executive Steve Neuhaus told ABC 7.

Eight children were on board the bus when the crash occurred. Seven students were able to walk off however, one six-year-old girl, who was sitting behind the driver’s seat had to be extricated by first responders.

She remains in critical, but stable condition at St. Luke’s Hospital in Newburgh, at this writing. The school bus driver, 74-year-old Andrew Sanchez, as well as the driver of the landscaping truck, 25-year-old Ian Jennings were also hospitalized and remain in critical condition.

Washingtonville Central School District officials have reportedly formed a crisis team to provide support and assist the families and staff at the school and hospital.