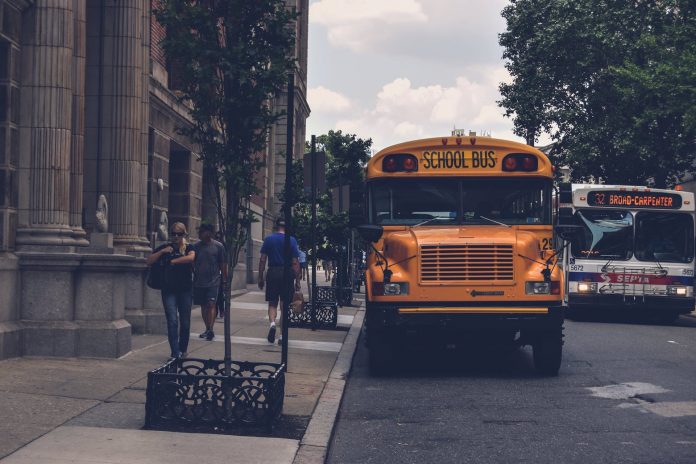 A school bus driver in Rochester, New York, located west of Syracuse, is facing multiple criminal charges after transporting students while having a blood alcohol concentration over the legal state limit, reported RochesterFirst.com.

The Gates Chili Central School District driver, who has been identified as Lashonda Griffin, reportedly stopped at a McDonald’s with six students on board Oct. 16.

Griffin took two of the students inside the restaurant with her to get breakfast, after telling the children “Don’t tell nobody,” reported the New York Post.

Later that same day, Gates Police Department Lt. Robert Long reportedly found Griffin passed out behind the wheel of a school bus in the bus garage. No students were on board at the time of Griffin’s arrest.

“Behind the wheel in general — when you’re drinking, that vehicle that you’re behind becomes a missile, a potential death trap,” Long told RochesterFirst.com. “Many things can happen; you can kill somebody else, kill yourself, kill innocent bystanders. In this case operating a school bus with children onboard brings it to a whole new level.”

Griffin will be charged with five counts of violation of Leandra’s Law, also known as the Child Passenger Protection Act, for operating a motor vehicle while under the influence of alcohol with a person under the age of 16 in the vehicle. One student on board was older than 16.

Following the incident, the school district released the following statement.

“The safety of students and employees is the district’s top priority, and we are very grateful that no one was harmed as a result of this individual’s actions. We are very sorry that these students and families in this community have been impacted by the unfathomable actions of one person. Please remember this was an act of one employee. The district is proud of its bus drivers and their safety record of transporting thousands of students each day without incident. Out of an abundance of caution, the district is taking time to review safety protocols with all drivers.”