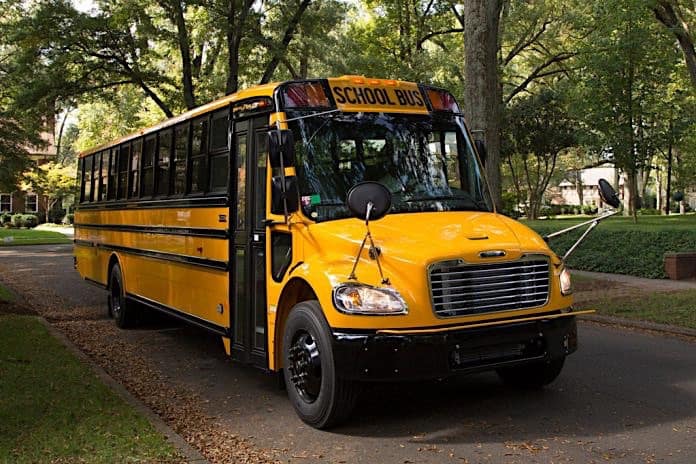 CBS Minnesota reported that a registered sex offender was discovered sitting on a Chelsea Heights Elementary school bus after the bus returned from a field trip. The suspect was taken into custody.

The bus driver called the police when the unauthorized man, Michael Charles Friedrichs, 61, was found sitting in the back of the school bus on Feb. 28. His previous crimes include: engaging in sexual activity with two 15-year-old boys, and exposing himself to other children, the article stated.

Friedrichs told police officers he had been at the Walker Art Center and got on the wrong bus, the article reported. The St. Paul Public School District in Minnesota is conducting its own investigation, to learn more and strengthen its bus safety procedures.

Friedrichs was reported to have been booked into the Ramsey County jail, but has since been released, because no charges were filed against him.