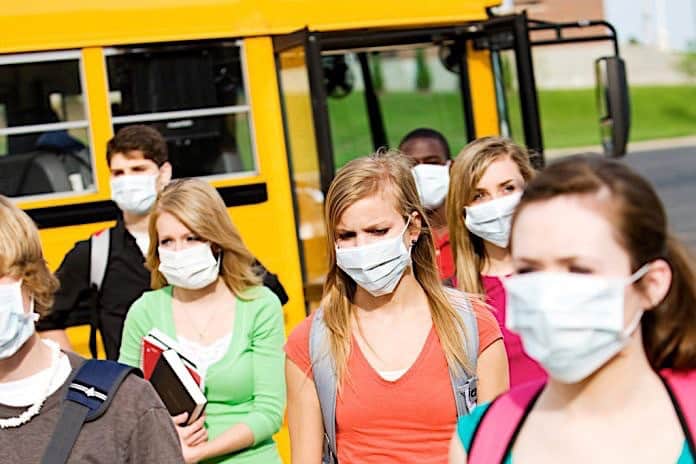 Many schools are postponing reopening as well as closing campuses nationwide due to the resurgence of new COVID-19 cases, reported the Washington Post.

There have reportedly been totals of more than 10.7 million coronavirus cases and 243,000 related fatalities in the U.S. since February, when schools initially started shutting down in-person education.

Although experts say that social gatherings, not schools, are mostly responsible for the rapid rise of COVID-19 cases, many districts are modifying their projected plans for the 2020-2021 school year. Meanwhile, Officials in cities nationwide, including Chicago, Boston, Washington, D.C., Minneapolis, San Diego, and Sacramento, California, have not announced a reopening date and will be continuing remote learning for all their students.

In other states such as Georgia, Indiana, Michigan, Texas, and Utah, some school districts that had opened their campuses for in-person classes have made the decision to temporarily close because of pandemic related staffing shortages. Other districts have closed because of a high number of COVID-19 cases among staff and students.

New York City, the largest school district in the country with over a million students, opened its schools for in-person classes in October. But following a rapid rise in COVID-19 cases in the city, public schools closed and returned to virtual learning on Thursday. Mayor Bill de Blasio is suggesting that parents should prepare for the shutdown to last for the rest of the 2020-2021 school year.

Some U.S. health experts have suggested keeping schools open, given the available evidence of low transmission rates on campuses. They suggest that schools have not proven to be superspreaders for the virus, according to an ABC News report.

For example, the rate of students in New York City testing positive COVID-19 is 0.23 percent, despite the rest of the city is testing positive at a rate of 3 percent over a seven-day rolling average. Meanwhile, many European countries are keeping schools open while closing restaurants, stores and other areas where the COVID-19 transmission rate is much higher.

Other health experts have stated that the government’s active response to the rising rate of new cases, including limiting large gatherings, requiring everyone to wear masks, and providing testing, will be key in determining if schools can remain open.

A four-year-old boy in Newnan, Georgia, located southwest of Atlanta, was left alone in a school bus for at least two hours, reported the...
Read more
Wire Reports

A school bus driver in Gainesville, Florida, located north of Orlando, performed CPR on an elementary student onboard her bus after he was found...
Read more
Wire Reports

Students in Kingston, Massachusetts, located north of Plymouth, had a chilly bus ride home on Friday, Oct. 30, as reported by WCVB 5. And...
Read more