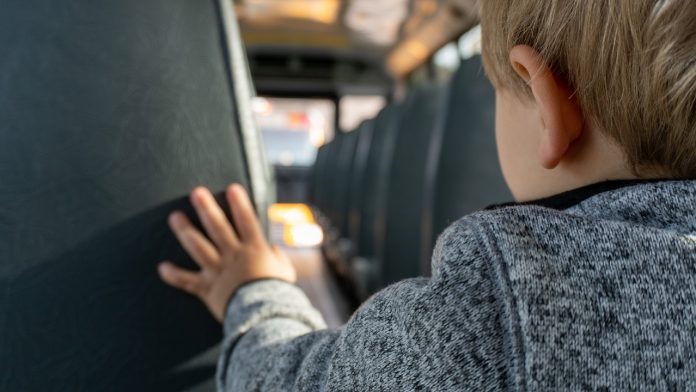 Four-year-old Miles Hulbert, a preschooler who lives north of Salt Lake City, was forgotten on a school bus for over two hours, reported KSL TV.

The boy’s school driver found him upon return to the vehicle. Hulbert’s parents said that the school did not inform them of that morning’s incident.

“When he got off the bus and he came and told us, and we’re like, ‘Oh, how was school?’ and he said he had not been to school,” Janel Hulbert, Miles’ mother, told KSL TV.

The Weber School District reportedly said that the camera on Miles’ school bus was “not operational and hadn’t been recording footage for a period of about two years.” Given the lack of video footage, it is not known if the driver had followed the COVID-19 protocol of disinfecting every seat after each route.

Miles’ parents are reportedly calling for the bus driver and aide to be fired as well as increased security measures to be implemented to ensure that drivers cannot leave the bus without thoroughly checking all the seats.

Daniel Hulbert, Miles’ father, told KSL TV that the district’s promise to repair the non-functioning camera is not enough.

“He is still, honestly, scared of the bus. It’s really hard as a parent to know you put your child on a bus with some expectation they’ll be taken care of. I don’t want any other parents or any other children to go through that,” said Daniel Hulbert.