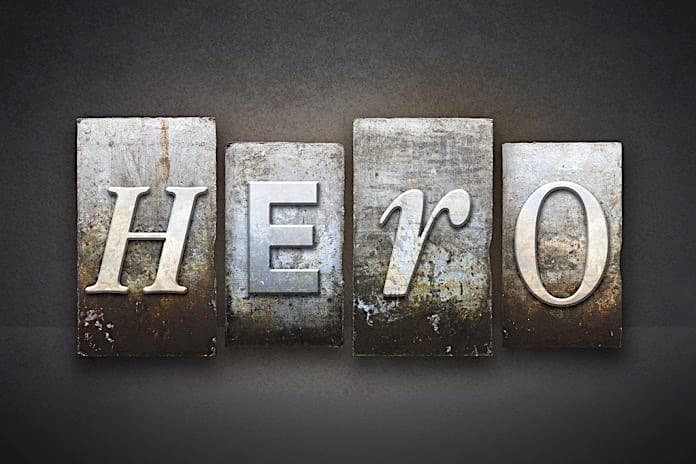 A television commercial running since March thanks the Amazon “heroes” among us, the warehouse workers, drivers and airplane crew who deliver the items we buy online from the comfort of our homes. The things we need (or want) have never been more important, says the narrator.

To be fair, Amazon and other delivery workers fill an important need in society. But drive by any hospital or healthcare office, fire department, or police station to see signs of true heroes.

Even then, the word “hero” can be used too flippantly. It could be used by the powers that be to distract from inequity, opined The New York Times’ Farhad Manjoo last summer. He has a point. Medical workers have mostly overcome a lack of personal protection equipment and long, arduous hours when treating COVID-19 patients. Many have made the ultimate sacrifice. Manjoo quotes a nurse in Brooklyn who pleads, “Please don’t call me a hero.” Instead, she asks for adequate protection from the worst global health crisis in a century.

School bus drivers are in a similar position. While not equal to medical workers in pay, they are frontline workers. And they often express discomfort when called a hero after saving a choking child’s life or evacuating dozens of students from a burning bus. They view their commendable actions as merely a byproduct of doing their jobs. Anyone else in their position would have done the same, they reason. The school bus drivers I’ve met don’t crave publicity, but they do want guaranteed hours, the necessary PPE to do their jobs, and a heads up when a student on their route tests positive for COVID-19.

It was momentarily encouraging to see some recognition given in August by the Cybersecurity and Infrastructure Security Agency, an operational component of the U.S. Department of Homeland Security, which includes school bus drivers on not only its list of protected essential educational workers but also transportation and logistics. States like California have also passed laws essentially outlawing school bus drivers and other school employees from being laid off because schools are closed. But those protections don’t extend to employees of school bus contractors. And increasingly school districts are faced with the reality that they have to lay off bus drivers as COVID-19 forces a return to virtual or hybrid education models. The timing could not be worse.

Still, school district transportation departments and school bus companies soldier on, continuing to innovate and self-regulate along the way. The mission of student transportation now varies from state to state, jurisdiction to jurisdiction, depending on the COVD-19 reality. But student transporters continue to do whatever is asked of them, whether that be transporting students, meals, school work, or Wi-Fi hotspots. And hopefully, they’ll still have a job tomorrow. Entire school bus companies have gone out of business this year because of COVID-19. The national school bus driver shortage only worsens. Meanwhile, Amazon completed its most profitable quarter ever in the fall. (I wonder how much of these proceeds were passed on to the drivers and warehouse workers?)

The economy is vital to our nation, yet the service provided by Amazon drivers should always pale in comparison to that of school bus drivers, no matter how much Hollywood tries to tell us otherwise. The school bus ride may be a privilege, but it is a necessity for millions of children to access their right to a free, public education. While Amazon drivers are paid similarly to school bus drivers, the former don’t require the extensive criminal background checks nor training. As stated on a T-shirt I saw recently, “I’m a School Bus Driver: Like a truck driver except my cargo whines, cries, vomits and won’t sit down.” And most school bus drivers wouldn’t have it any other way.

Imagine a day when we could turn on the TV or click over to YouTube and watch a commercial expressing not only gratitude for school bus drivers but also what our world would be like without them. It’s a tall order, but we can dream, can’t we? Recognition goes a long way toward making people feel good about themselves and their work. Look no further than next month’s annual Love the Bus celebrations as an opportunity to do just that. They may be physically distanced, online even, but now is the time to plan how you will recognize and reward the school bus drivers in your lives.

Editor’s Note: As reprinted from the January 2021 issue of School Transportation News.

Human beings seem predisposed to liking shiny new toys. Certainly, in covering the school bus industry we as journalists can get caught up in...
Read more
Blogs

From Thinking About the Air Outside the Bus to Inside It

Air quality. How the thoughts of us who are deeply involved with school transportation have expanded in this subject. I use the word expanded...
Read more
Blogs

Technology Adoption During A Pandemic

As I watched President Joe Biden take office on Jan. 20, a message of unity was put forth. His ambitious plans to address climate...
Read more
Blogs

I am sure happy to put 2020 in the rearview mirror. Without a doubt, it has been the most unexpected and challenging year our...
Read more 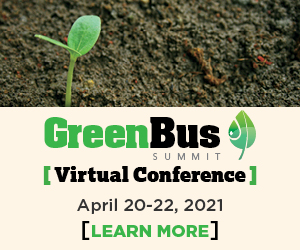