There are many traits that make up a good transportation director. Any leader, really.

At the end of the day, the most important assessments center on whether operations, the organization’s people and the customers served—in our case the students, their parents, the school administration, school board and community—are better off than they were before.

That is quite a list of people to keep happy day in and day out. Yet so many people in the student transportation industry check all of the boxes. When reading or writing their stories for the magazine or stnonline.com, I often try to determine how I can emulate their traits to become a better leader and person—believe me, it’s a work in progress.

This was certainly the case with this month’s cover story, where staff writer Taylor Hannon profiles Greg Jackson of Jefferson County Public Schools near Denver, STN magazine’s 2019 “Transportation Director of the Year.” One of his adages (and I’m paraphrasing) is to laugh at least four times a day at work. If you can’t or aren’t, then you should question if it’s the right place for you, or what you can do to change that situation.

If you’ve attended the STN EXPO Reno, you’ve undoubtedly met Jackson, a disarming man with a beaming smile and booming laugh. He has certainly made a positive impact at his school district and with his transportation staff. He attributes much of his success to his servant style of leadership and how he places the needs of his employees above his own.

As you’ll read beginning on page 48, Jackson will groom anyone who indicates the desire to become the next executive director of transportation and fleet services. That is not a surprising revelation. Succession planning, after all, is one of the fundamental roles that a good leader should fill for his or her organization.

What is amazing to me, though, is that Jackson will start preparing an employee to assume his position immediately, not five or 10 years down the road.

As a disciplined and self-confident runner and yoga practitioner, Jackson is a young man who at 49 (he turns the big 5-0 in March) is in great shape. By his own admission, he is not seeking greener pastures. He is not preparing himself and Jeffco for retirement. He’s happy where he is.

But that only motivates him to be a resource for others and literally put his own career in jeopardy, for the betterment of his staff and his operations. Though, certainly, Jackson would land firmly on his feet, he is taking succession planning to an entirely new height.

When counseling his proteges, of course, he would also attest to the fact that being a transportation director is not for the faint of heart. What’s the adage about being careful of what you wish for? The job of being a transportation director is not without its travails. The sheer anxiety of being the person who is ultimately responsible for the lives of student passengers can be paralyzing. The second-guessing, the accusations.

Sometimes, too often actually, there are also forces beyond their control that submarine the best efforts of transportation directors, whether those are the result of a crash or a political ensnarement.

The bottom line, in my opinion, is that the most successful transportation leaders are the ones who at the end of the day can look themselves in the mirror and know that they made a positive difference, no matter what. And to a person, those leaders invariably had a mentor who believed in them, taught them, consoled them, and shared the sometimes harsh but necessary truth.

Greg Jackson is among the latest in a long line of student transporters over the past century who have served as guiding lights for this industry—not only by espousing the principle of safety first but also integrity and trust. And just as it takes a village to raise a child, it takes many advisers to foster the principled attributes of these great leaders. I wouldn’t be in my position today without the tutelage of STN co-founder Bill Paul and several trusted industry professionals I repeatedly turn to for advice.

You, dear reader, may already have someone or perhaps several people who you try to emulate. If not, and with a new year and decade on the near horizon, consider making that your resolution.

Editor’s Note: As reprinted from the Editor’s Take of the November 2019 issue of School Transportation News. 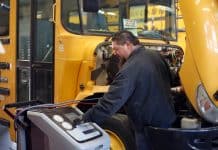 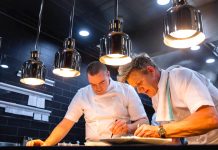 Transitional Leadership in Colorado and Your Menu for School Bus Success 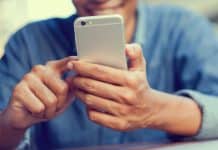 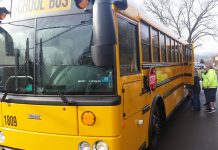