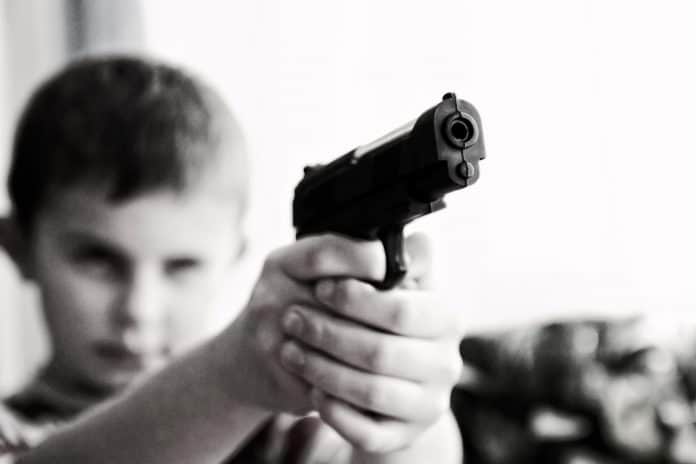 The 2017-2018 school year was tragic to a level I have not seen in my 37 years in the field of campus safety. Having provided post-incident assistance for six active shooter and targeted school shootings over the past 12 months, it has not been pleasant, to say the least. While it is easy to see how horrific that year was in lives lost, people severely injured and immeasurable levels of trauma for thousands of people, there are other ways that those incidents will contribute to even more future traumas, injuries and deaths.

What I am about to say could be described as heresy by some people, but the data from nearly 9,000 one-on-one scenario simulations, plus what I have learned providing post-incident assistance for 17 planned school shootings over the years, reveals significant evidence to support my assertions here.

For example, the Sandy Hook attacker continues to cause harm long after his death, by contributing to the increasing levels of fear which in turn, sometimes result in ineffective measures that can reduce, rather than enhance, safety. The proliferation of many unsound, ineffective and sometimes dangerous approaches to school safety is especially evident in the sometimes simplistic approaches that are promoted for preparing people to react to active shooter events.

These are often inaccurately referred to as “best practices.” Such approaches have wasted vast sums of precious budget dollars and training hours, while more effective strategies that have produced measurable results have been ignored. The resulting fear and anxieties have caused an increasing tendency for school officials to find simple answers for these complex events.

As a result, strategies that are emotionally appealing, but that are not grounded in careful testing and evaluation, are having multiple negative outcomes.

For example, we have worked numerous tragedies that embodied the most common causes of death. Unfortunately, the proven prevention measures for the incidents that cause the most deaths in K12 settings, have been ignored. I believe that problem is due to the over-emphasis on unreliable active shooter training approaches.

In general, based on the type of approaches used in the Run, Hide, Fight program, these programs are also typically intensively focused on what to do once a gun is seen or gunfire sounds are heard. Instead, these programs should focus on what can be done to save lives in the minutes, hours and in some cases, days, before a shooting occurs.

Some of these approaches have also resulted in astounding records of serious injuries. In some cases, there are clear indications that these approaches contributed to, or directly caused the deaths of students and employees. Injuries have included not only those sustained during attacks, but in training and drills as well.

For example, ERM Insurance documented that over $1 million in emergency room bills resulted from staff being injured in just one popular training program in Iowa during a 22-month time frame. Multiple civil actions against school and law enforcement officers relating to this program are now slowly making their way through the courts.

Other injuries and deaths have occurred during actual shootings in recent years. In those incidents, attackers achieved an unprecedented number of casualties in schools where these training programs were in use, which also resulted in pending litigation.

To be clear, there is now significant evidence that future attackers will likely be able to achieve even greater numbers of fatalities—because of popular but emotively driven, ineffective and dangerous approaches. Just as many ineffective practices were implemented due to inaccurate information from the Columbine and Sandy Hook attacks, unsound conclusions relating to last year’s deadly attacks are already resulting in an increased risk of death in many school districts and nonpublic schools.

Prior to the attack at Marjorie Stoneman High School in Florida last February, our analysts had assisted school officials with school safety, security, climate, culture and emergency preparedness assessments for over 7,000 K-12 schools in 17 years.

Understandably, the pervasive levels of anxiety have caused demand to skyrocket. We are currently completing the last few reports for more than 860 schools we have assessed in the 12 months since Stoneman. These reports and our current assessment projects have produced even more data on the various school safety approaches that have varying levels of effectiveness.

Our assessments include using one-on-one, real-time school and school bus crisis simulations using various video and audio scenarios. For consistency, these simulations are run after participants have seen a control video to explain what they are being asked to do.

Once this step is completed, our analysts run a series of audio and video school and school bus crisis simulations in a real-time fashion. These scenarios are conducted just like the “Shoot-Don’t Shoot” cases that have been successfully used to gauge the ability of police officers to make sound use-of-force decisions for nearly 40 years. For scoring purposes, we allow participants 30 seconds to verbally respond in each scenario, while our analysts document and score them.

This individual data is then used to develop both “pass rates” and “fail rates” for different life-saving action steps for each situation. The simulation results are revealing, and increasingly, the responses can be quite troubling. These scenarios provide a far more accurate means to evaluate how employees are likely to react, in contrast to how we might assume they will react.

Patterns that our analysts are increasingly seeing in more than 8,600 of these simulations in 45 states have been of great concern. Investigative documents and security camera footage I have reviewed while serving as an expert witness for actual crisis events have revealed staff reactions after such training that often align with what we are seeing in the simulations.

In simulations for weapons incidents that do not involve an active shooter event, the results of scenario testing and post-incident reviews are what I can most accurately and conservatively describe as alarming.

As many lawsuits relating to deaths in schools that have been using these training programs work their way through the courts, it is highly likely that significant changes will occur. However, our experience has been that this will not prevent school transportation leaders from still being litigated, due to additional incidents that are likely to occur between now and then.

So how can school transportation leaders protect themselves, their personnel and their organizations from the devastating litigation that is resulting from popular but unsound approaches? More importantly, how can they prevent serious injuries and deaths that can result from these dangerous methods?

The answer to both questions is the same. Use scripted, audio and video school bus crisis scenarios to train and properly test life-safety policies, training approaches, plans and procedures. These better simulations can help identify and bring action to correct the major gaps between assumptions about how trained personnel will react versus the reality of how they are likely to react in an actual event.

Using scenarios and a broader array of pre-attack detection approaches can better prepare transportation personnel to be able to identify the need to act before a gun is seen or fired—as well as to react should prevention measures fail.

When used in a timed, real-time fashion, where individual transportation personnel must react to different all-hazards scenarios and scored on-scene—using fidelity testing is definitely a reliable way to evaluate whether personnel have been properly prepared.

Because anyone can create scripted and audio school bus crisis scenarios, this approach can be used by any school transportation department—without buying special equipment, systems or technologies.

The primary focus of my presentation at the STN EXPO Reno in July will be to demonstrate why fidelity testing is so important. School transportation staff can create and use their own customized scenarios. Most importantly, they will see how scenarios can be used to improve training, create more effective drills, identify problems with some training approaches—and provide dramatically improved documentation of the level of preparedness of the bus drivers, supervisors and dispatch personnel.

Using fidelity testing is an invaluable and increasingly popular approach to identifying and correcting life-threatening gaps. Fidelity testing can more accurately measure and document how well pupil transportation personnel have been prepared to take life-saving action under stress—in extremely short time frames and with greater reliability.

Are your preparedness measures theoretical, or have they been put to the test as they will be, if young lives and those of your dedicated employees are ever placed at risk?

Editor’s Note: This article is reprinted from the May 2019 Issue of STN. Michael Dorn is the executive director of Safe Havens International in Macon, Georgia. He has authored 27 books on school safety and emergency preparedness. After graduating from the FBI National Academy, he served as a university police lieutenant and school district police chief. He was also a school safety specialist, state anti-terrorism planner and lead program manager for the Georgia Office of Homeland Security. During his 25-year public safety career, Dorn has survived 16 attacks with weapons. As a highly sought-after expert witness for complex legal cases, Dorn has provided many forms of post-incident assistance for over 300 school and school bus crisis events. Those included 16 K-12 active shooter and targeted school shootings in the U.S., Canada and Mexico, plus a terrorist attack in Kenya. Dorn welcomes reader feedback and questions at mike@weakfish.org.