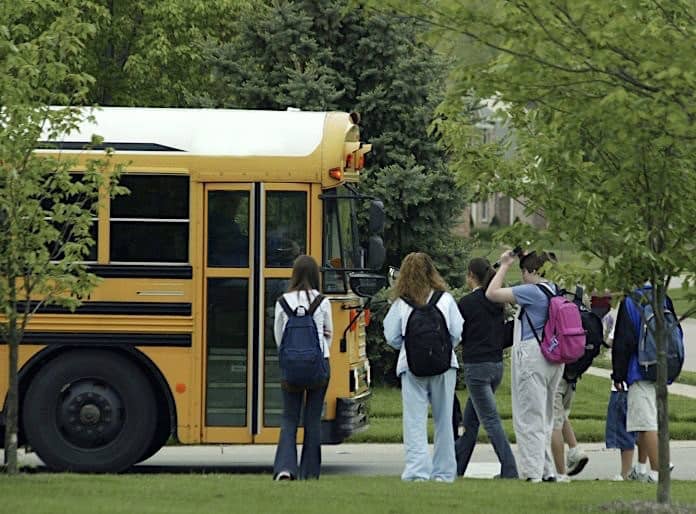 The California State Assembly has voted to pass the School Start Time Bill, SB 328, which says it would give students more sleep time, by a 41-30 vote. It was then approved by the Senate, 23 to 13, and sent to Gov. Jerry Brown for his signature.

The legislation that passed on Friday, Aug. 31, would require middle and high schools, including charter schools, to start no earlier than 8:30 a.m. The law would not take effect before July 1, 2021, or the date when a school district’s collective bargaining agreement ends, whichever is later. Rural schools would be completely exempted from the requirement, and the number of school hours per day would not be specified as a particular quantity.

“I am beyond thrilled that our children’s health came first today,” he announced. “It is fundamental to put the well-being of our students first and I am glad that this important measure is moving forward. From day one, this has been my top priority. The science and results are clear, our teens are healthier and perform better when school starts later.”

Opponents objected to the state determining start times, rather than local school boards.

“Not all students have the same needs,” tweeted the California School Boards Association, which represents almost 1,000 K-12 school districts and county offices of education throughout the state. “That’s why mandating late school start times is a bad idea. Let local students, parents and teachers choose start times according to the unique needs of their schools.”

The Vallejo Times-Herald in northern California wrote that, “Some local districts say the change would create a headache, especially when it comes to setting up a bus schedule that works for elementary schools that share buses, such as east Contra Costa County’s Liberty Union High School District, where classes would have to start 15 minutes later.”

Sen. Portantino cited research by the U.S. Centers for Disease Control that the average school start time for California’s 3 million public middle and high school students is 8:07 a.m. Portantino added that California school districts would benefit from later start times, since funding is tied to attendance. “SB 328 will update the California Education Code to ensure that middle and high school start times meet the parameters recommended by the [American Association of Pediatrics],” he added.

The California State PTA is also among the bill’s supporters.

According to an analysis prepared by the Assembly’s education committee, local school districts would be socked with major costs, “if they need to purchase additional buses to accommodate the home-to-school transportation changes. The cost for 150 buses statewide would be approximately $10 million,” wrote the Vallejo Times-Herald.

A similar bill was introduced last year by Sen. Portantino, but it never made it out of committee.