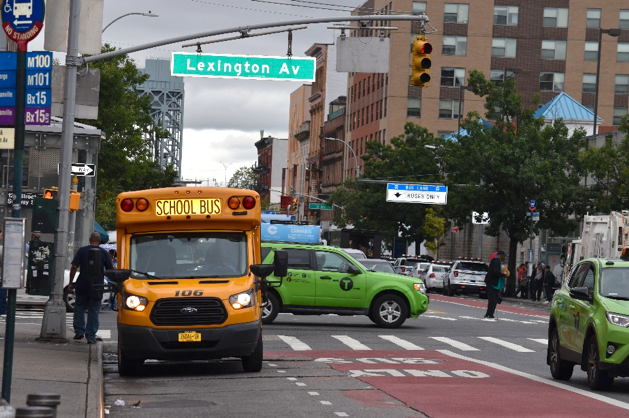 Despite the New York state legislature approving the 2020-2021 budget in April with a slight increase in education funding, upwards of 20 percent could still be cut in the fall as the economy continues to suffer.

The $177 billion budget was approved on April 3 and included $27.4 billion for education, an increase of 0.35 percent or $95.6 million from last year. The budget also allocates $2.1 billion in transportation aid, which is increased by $108.3 million.

But school districts are not in the clear just yet.

The education budget would have seen a decrease, if not for the $1.1 billion in federal funding that was made available through the Coronavirus Aid, Relief, and Economic Security (CARES) Act.

Andre Claridge, managing partner of PC Public Affairs, which has worked with the school transportation industry since 2005, told School Transportation News that he’s heard there could be another round of education budget cuts, which could be upwards of 20 percent in the fall.

Claridge also added that Gov. Andrew Cuomo and legislators worked in a $10 billion cut across the entire budget, to be enacted if needed. Claridge said they have already predetermined what line items could be cut.

Meanwhile, the economic shutdown has impacted revenue streams within the state. For instance, in June, the sales tax was down $1.5 billion or 17.3 percent from the previous year, according to the office of Comptroller Thomas DiNapoli. The state is in the process of reopening after being shut down since the middle of March.

State Senate candidate Mike Martucci, the former president and owner of school bus contractor Quality Bus, called for immediate state funding from the political campaign budget to be directed towards school districts. He said the money is needed to pay for COVID-19 health and safety protocols to better protect students and staff, as well as for the state to provide school districts with the necessary funding to address the school bus driver shortage.

In a press release issued on Wednesday, Martucci specifically called for $100 million in funding for various initiatives to help get students back to school safely. This includes funding to help the Department of Motor Vehicles increase its capacity to conduct commercial driver license (CDL) testing for school bus drivers and to cover the cost of the CDL tests.

In addition, Martucci urged the state legislature to provide $50 million in funding to school districts to pay for the increase in costs of school transportation amid the required cleaning, health protocols and equipment needed to operate during the pandemic.

“Prior to the pandemic the state was already facing a school bus driver shortage, and COVID-19 has only made the situation worse,” Martucci said. “As someone who was responsible for safely transporting more than 12,000 children to and from school each day, I understand the challenges facing our local school districts and that’s why I am calling on our elected leaders to take bold action to make it easier for people who want to become school bus drivers to get licensed and certified, and former drivers get back on the road quickly.”

Martucci, who also previously served as the president of the New York School Bus Contractors Association, is also calling for the state legislature to back a school bus driver signing bonus program that would provide a $1,000 tax credit to people who become New York state school bus drivers and are hired by either a school district or private company before the end of 2021. It would only apply to first-time school bus drivers, but Martucci said for drivers seeking to be recertified the state should provide a $500 refundable tax credit.

Martucci is the Republican candidate for District 42 and faces off against Democrat incumbent Jen Metzger on Nov. 3.