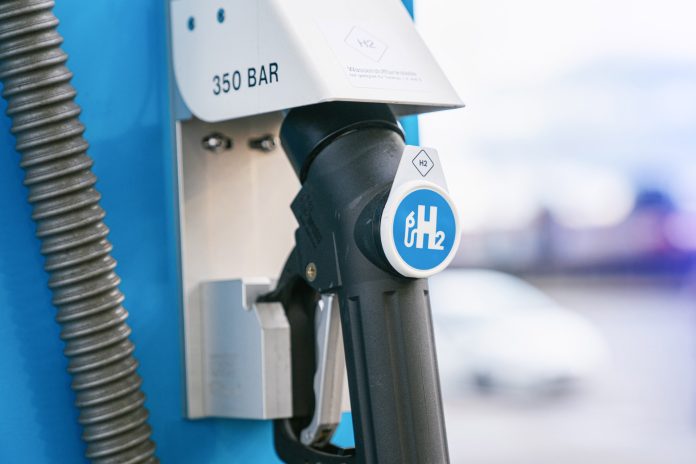 Pegasus Specialty Vehicles is expected to release the first hydrogen fuel-cell option for the school bus market, with promises to increase range and decrease if not entirely eliminate charging time.

The projected numbers are impressive, state directors shared during the National Association of State Directors of Pupil Transportation Services Annual Conference last week in Washington, D.C.. Brian Barrington, the president of Pegasus Specialty Vehicles, noted that details are forthcoming but industry professionals should expect a joint-venture announcement with partners Zeus Electric Chassis and Hyperion, which produces hydrogen fuel cells and storage for commercial and passenger vehicles.

Barrington said the school bus could realize a range of 750 miles with a full electric battery charge that initially could take about 10 minutes. But he explained to School Transportation News that the companies eventually plan to transition to no battery pack at all. The goal is to power the school bus completely via hydrogen fuel cells, as they produce electricity by combining hydrogen and oxygen atoms rather than with a battery.

According to the U.S. Energy Information Administration, the hydrogen reacts with oxygen across an electrochemical cell similar to that of a battery to produce electricity, water and small amounts of heat. Many different types of fuel cells are available for a wide range of applications.

Barrington said that the hydrogen will power both Type A and Type C vehicles and will be available nationwide via fueling infrastructure provided by Hyperion. The purchase price of the new school bus will be similar to that of an electric school bus currently, Barrington said.

He continued that Pegasus, Zeus and Hyperion decided to use Green Hydrogen to power the new school bus. Green Hydrogen is produced with clean electricity so there are no harmful greenhouse gases and the bus won’t require plugging into the grid, Barrington added.