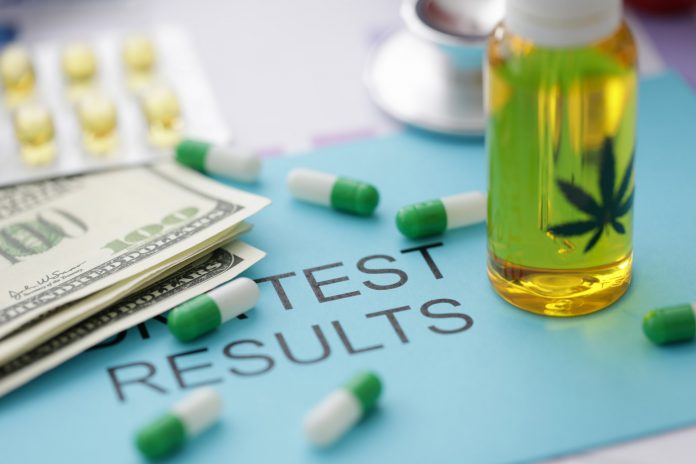 A federal drug and alcohol clearinghouse implemented in January for commercial drivers reported nearly 40,500 positive tests through the end of September, with over half of those results from pre-employment tests.

Larry Minor, the associate administrator for policy at the Federal Motor Carrier Safety Administration (FMCSA), provided the statistics on Tuesday during a presentation to attendees on day two of the National Association of State Directors of Pupil Transportation Services (NASDPTS) Federal Forum Plus online conference.

The data shows that drugs were the reason for nearly 98 percent of all positive tests recorded during the first eight months of the year, with alcohol accounting for only 892 individual cases. Fifty-two percent of the total 40,433 positive test results were for marijuana use.

The next most common drugs detected were cocaine at 14.5 percent of the results, methamphetamines at 9.5 percent, and amphetamines, which can be used to treat attention-deficit hyperactivity disorder, at 9 percent.

Susan Miller, the lead transportation consultant at the Colorado Department of Education and the NASDPTS board secretary, asked Minor if FMCSA is considering relaxing its requirements on commercial drivers’ use of marijuana.

“The bottom line for CDL holders is you can’t use marijuana, even though you have states that allow people to use marijuana on a recreational basis,” he responded, adding that no excuses for a positive marijuana test are being accepted by medical review officers.

Minor did note that some legal medications can result in a positive test, which will result in medical review officers contacting the individual drivers to determine if there is a legitimate medical reason.

Meanwhile, nearly 20,976 of the positive drug and alcohol tests were conducted during the pre-employment process, with 13,340 a result of random tests. Post-accident tests accounted for 1,740 positive tests, reasonable suspicion and follow-up tests both coming in at about 850 each, and return-to-duty tests attributed to 473 positive tests.

Minor said the clearinghouse contains 37,617 drivers with at least one recorded violation in their records and 34,156 drivers that currently have prohibited status.

He added that FMCSA is initiating a rulemaking process next year that seeks to define the roles and responsibilities of each state driver licensing agency to use the clearinghouse to monitor commercial drivers, especially those that might move from one state to another in search of employment, and potentially downgrade or suspend CDLs.

The NASDPTS Federal Forum Plus, which is free of charge to attend, continues Wednesday with presentations by officials from the National Transportation Safety Board and the National Association of State Directors of Special Education.