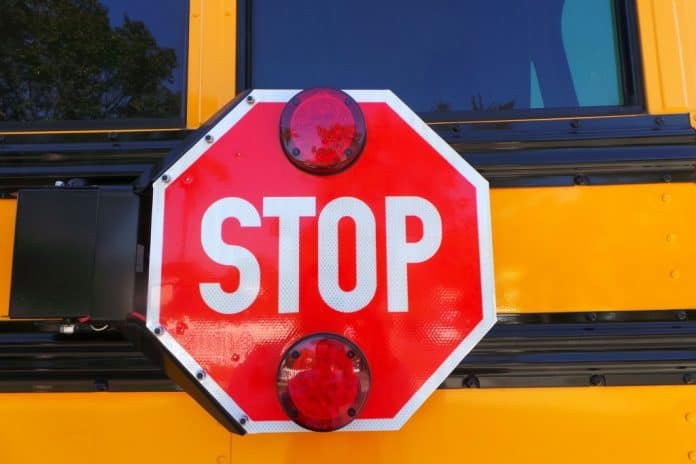 A public petition created last month at petitions.whitehouse.gov in response to the children who were killed by illegally passing vehicles, needs a major shot in the arm over the coming weeks, if it is to have any chance of being addressed by the Trump administration.

The petition was filed on Oct. 31, and responds to the recent deaths of students crossing the street and/or waiting at bus stops. During that week, five children were killed in three days after being hit by passing vehicles.

The petition, “Make Bus Stop Safety a Federal Law,” advocates for legislation that will create “severe penalties” for people who break the law and drive past a school bus with its red lights flashing. The penalties suggested are 30 days in jail, a 90-day suspension of the offender’s drivers’ license, 12 points off their drivers’ license and a mandatory minimum fine of $5,000 for a first offense.

The petition then stated, “This is the least we the American Voters will accept.”

We the People, it says, is a platform that was created to guarantee Americans the First Amendment and the right to petition. Once a petition is created, it will stay up and active for 30 days but will need to obtain 100,000 signatures before moving forward.

If the petition does not receive the required signatures, it will be archived and not be accessible without the direct link, it is noted. The site will also not allow any more signatures after the 30-day period. If a petition does reach the 100,000 signatures total within 30 days, it will be placed in a queue to be reviewed by the White House. The White House, within 60 days, will then send out an email that informs all participants that the petition was reviewed and responded to.

At the time of this article, the petition had over 5,600 signatures. It will require another 94,380 by the end of this month, Nov. 30, to receive a response from the White House.

With the recent tragedies, many organizations and legislators are now calling for more laws and urging motorists to obey the laws already in place.

The National Highway Traffic Safety Administration released a video message urging motorists to obey state school bus loading and unloading laws. The video explains that it is illegal to pass a school bus with the red lights flashing and the stop arm extended in all 50 states.

After the death of the siblings in Indiana, lawmakers in the state are pushing for an additional law that would allow school districts to install external video cameras on school buses.

The cameras would be able to capture motorists who pass a school bus illegally. State Rep. Jim Pressel said he was working towards such legislation of adding stop-arm cameras, prior to the death of the children.

Also, after the deaths in Indiana, school buses are now required to drive into the mobile home park to pick up the children, instead of parking on the other side of the highway and waiting for the students to cross.

While the issue of motorists illegally passing school buses is becoming a more national issue, the transportation industry is continuing to discuss the problem and potential solutions.