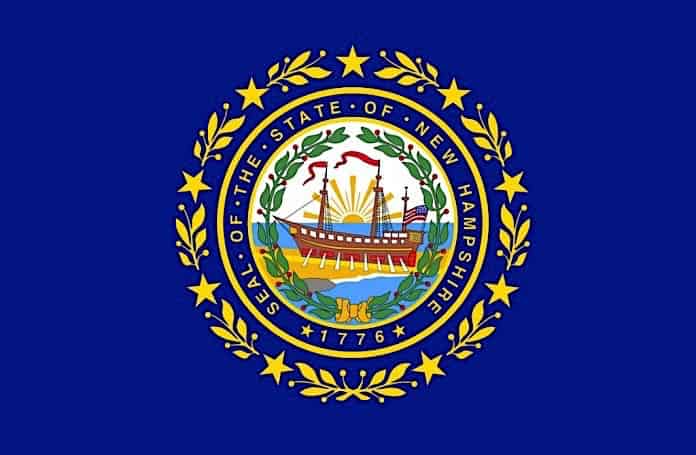 The New Hampshire State Police said seat belts saved lives in a school van crash that left one student with life-threatening injuries, while the bus driver came under fire for having a poor driving record.

No other vehicles were involved in the serious crash, which took place on Interstate 95 in Greenland, New Hampshire, at about 9:20 a.m. on Aug. 10. The van “veered off the roadway, striking a large tree, head-on,” an official police statement said. Other state troopers, firefighters and EMTs from nearby towns were called to assist, “due to the severity of the injuries and the amount of passengers involved.”

“It appears seat belts saved a lot of lives today,” one trooper told CBS Boston while onsite at the crash. “These children—most or all—were wearing seat belts.”

The van, a 2010 GMC Savana that can be configured in different ways, was taking students from a Kittery Community Center after-school program on a field trip, the center said. There were 11 students and two adult counselors on board. The other two buses in the caravan arrived safely. A worker at the community center confirmed that all of their vans have seat belts, but declined to clarify if they were three-point. The GM owner’s manual states that the vehicle comes with three-point seat belts.

All occupants were taken to Exeter Hospital and Portsmouth Regional Hospital. One student who was listed as having sustained “a life-threatening injury,” was taken from Exeter to Boston Children’s Hospital.

The New Hampshire Department of Transportation asked motorists to avoid the area, as several south-bound lanes were temporarily closed while emergency crews were at work. Gov. Chris Sununu stated on Twitter that his office was “monitoring the situation and working with involved agencies.”

By Aug. 12, the community center said that all students on the bus had been released from the hospital. Kittery Town Manager Kendra Amaral said in a statement that counselors would be available for the students on Monday. She also confirmed that all remaining summer field trip transportation would be handled by the center’s contractors, Eastern Maine Area School System.

“We are maintaining contact with the New Hampshire State Police regarding the crash investigation. I have consented to the download of the black box information from the van, so they may ascertain details about the vehicle at the time of the crash,” she added. “I have also launched a full investigation into the circumstances that led to the crash. As a matter of protocol, the driver is being placed on leave while the internal investigation is being conducted.”

But that wasn’t the end of the conversation, as police said on-site that the driver, identified as 21-year-old John E. Guy, may have suffered a medical event which triggered the crash.

The investigation is ongoing, but Sea Coast Online reported that Guy was convicted by the state Bureau of Motor Vehicles of “two instances of driving to endanger, three instances of operating after suspension, two instances of failure to display valid inspection sticker and two speeding violations.” WUMR 9 found that the most recent of these took place in 2016, and that Guy also wrote letters to the court saying he had epilepsy and an alcohol problem.

Maine requires drivers of vehicles that carry 16 or more passengers or weigh over 26,000 lbs., to have a Class C CDL. Sea Coast Online reported that Guy had a Class A CDL, since the van he drove carried only 15 passengers. Kittery officials said in a press release that Guy had passed all of his background checks, but added that they are “still investigating why the background check performed did not result in an accurate assessment of Mr. Guy’s history.”

“The crash has been a traumatic experience for those involved, and for the children, families and staff of our various programs,” Amaral said on Sunday. “There are a number of questions that need answering, in order for us to begin healing as a community. I am working to get these answers as quickly as possible.”

In a school bus crash report released in May, the National Transportation Safety Board analyzed a fatal Baltimore, Maryland crash that occurred in November 2016. It was caused by a school bus driver who had a medical history, but lied to keep his position. NTSB, as a rule, does not assign blame for crashes, but they did find the driver, the school district and the contractor to be equally at fault.