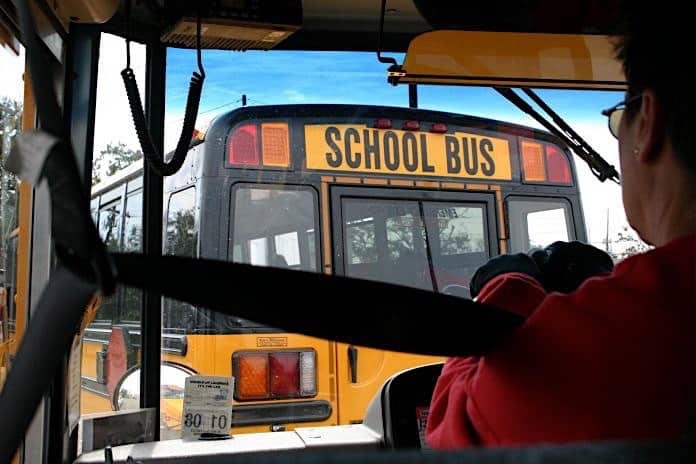 A new white paper published by the National Association of State Directors of Pupil Transportation Services (NASDPTS) concludes that the term “school bus driver” is insufficient in describing the profession and host of skills necessary for the job, as well as the vetting required of applicants.

“Successfully operating the bus requires a complex mix of knowledge, skills, and attitudes that go well beyond just ‘driving’ and maneuvering the school bus,” the paper states, adding that driving is but the most basic task to master.

The paper provides an overview of federal and state requirements and industry best-practices for licensing and training school bus drivers that NASDPTS calls “critical to school bus drivers’ performance in transporting students safely.”

These include: Obtaining a commercial driver’s license with a “P” passenger or “S” school bus endorsement after verification of safe driving history in compliance with Title 49, Part 391.25 of the Federal Motor Carrier Safety Regulations; completing pre-service training prior to being certified to drive students and receiving annual in-service training on various safety and operations topics; passing criminal background checks of state and federal databases; passing drug and alcohol tests before being certified and then randomly or based on suspicion; and passing physical examinations regulated by the Federal Motor Carrier Safety Administration.

NASDPTS commended professional school bus drivers, and school district and industry professionals who support them. It noted that a school bus safety record that the federal government has studied and determined to be second to none in transporting students to and from school. However, the association also noted that the industry has received negative press regarding high-profile crashes, as well as school bus drivers who were arrested for being under the influence of alcohol or drugs, running red lights, and being arrested, convicted or accused of sexual or physical abuse of students.

“Our hope is that safety partners at all levels, including federal and state agencies, school districts, private schools, charter schools, and contractors, see these incidents as red flags that warrant a top-to-bottom review of laws, regulations, practices, and procedures for school bus driver hiring, monitoring, and retention,” NASDPTS writes, adding that a nationwide school bus driver shortage exacerbates the issue. “Policies are only effective when they are consistently followed and enforced. In the unfortunate event that any alleged or proven illegal action by a school bus driver occurs, it must be investigated thoroughly, and legally authorized consequences must be imposed.”

NASPDTS also points out that school bus drivers must also be trained and skilled in managing student behavior to respond to a wide variety of incidents, including sexual harassment, bullying and abuse. Student behavior is often cited as a leading distraction for school bus drivers, with a 2012 AAA study ranking talking to passengers as requiring the second most cognitive workload for any driver to process, behind only talking on a cell phone.

The paper states that school bus drivers must also be adept at communicating with parents, co-workers and school administrators; performing pre- and post-trip school bus inspections; and operating an increasing number of technologies on the vehicles.

Other requirements cited in the paper include: Handling confidential student information in a legally compliant and responsible manner; dealing with road and weather hazards; dealing with student medical issues; adapting to changes in routes and stops; being knowledgeable of individual students’ needs, especially those of students with disabilities, while ensuring confidentiality; and knowing federal, state and local laws.

The paper also provides a brief history of state and national efforts to select and train school bus drivers, dating back to the early 1920s, when training manuals were first developed.