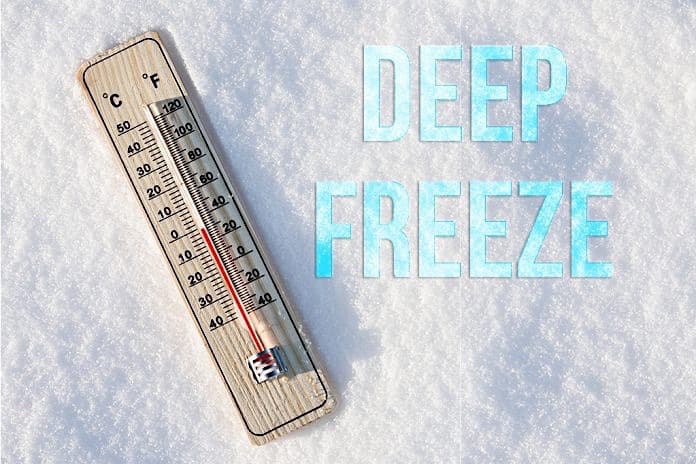 Classrooms and school buses have been vacant this week as districts from the upper Midwest to the East and down South reained closed amid record-low temperatures.

On Tuesday Metro Nashville Public Schools said school was to remain closed Wednesday as district maintenance and transportation crews worked overtime to resolve mechanical issues brought on by the extremely cold temperatures of the past three days. Nnumerous school buses that operated fine on Monday would not start during Tuesday morning checks. The district also said maintenance crews received more than 130 calls about heat in schools, mostly in portable classrooms, as well as numerous frozen and broken pipes.

“While weather forecasts show temperatures are warming, we have many portable classrooms that we have not been able to get enough heat to during the day and many buses that would not start this morning,” said Chief Operating Officer Fred Car. “Since staff reported today, we have also had numerous calls about frozen pipes and, as temperatures have warmed, also for broken pipes. For these reasons we made the decision to close Wednesday.”

Meanwhile, Chicago Public Schools kept its 400,000 students at home Monday and Tuesday, as temperatures there dropped to as low as -15 degrees, with the windchill making it feel 35-below. The subzero temperatures were deemed too dangerous for students to get to and from school.

“At Chicago Public Schools, the safety and security of Chicago’s children is our number one priority,” said Barbara Byrd-Bennett, CEO of the nation’s third-largest school district. “The decision to close schools is never easy. However, based on the severity of the weather we are expecting Tuesday, I am confident that this decision is in the best interest of CPS students.”

Meanwhile, several towns in Northern Minnesota saw highs in the negative-40s on Monday, according to the National Weather Service. All public, private and parochial schools in the Duluth, Minn., area were to remain closed on Tuesday. Meanwhile, Minnesota Education Commissioner Brenda Cassellius said decisions to close would be up to local district superintendents.

“We believe school superintendents are monitoring the temperatures closely and are prepared to communicate with families so they can plan accordingly,” she said in a statement. “We encourage you, as always, to be mindful about the dangers of even brief exposure to these dangerously low temperatures as you make your decisions.”

The negative-degree weather, referred to as the “Polar Vortex,” went as far south on Monday as Stillwater, Okla., where it was minus-2. Classes Monday were canceled at Oklahoma City Public Schools while offices remained open. Several other area districts closed completely.

Weather.com reported that Tuesday’s highs were not expected to be as “bitterly cold” in the upper Midwest but added the temps remained below zero in parts of the Upper Mississippi Valley and in the single digits across the Great Lakes and upper Ohio Valley. Freezing temperatures also made their way as far south to Birmingham, Ala., Atlanta and Pensacola, Fla., according to NPR.