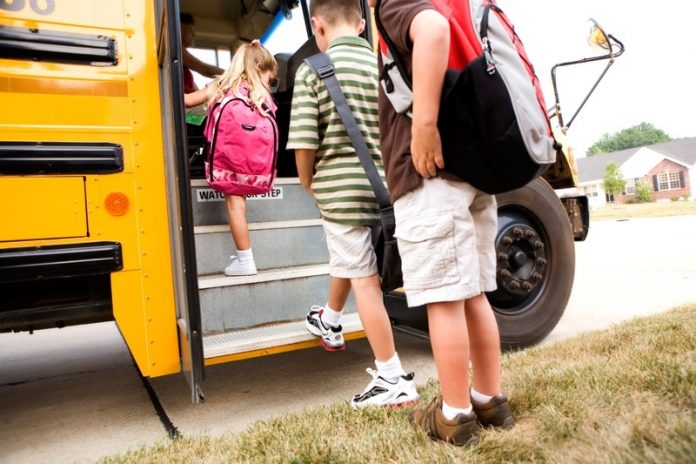 A Michigan researcher links families’ lack of knowledge about and availability of transportation options as reasons for chronic absenteeism among school-age students in Detroit.

Sarah Lenhoff, a professor and researcher at Wayne State University, led the study and co-authored the resulting paper, “Why Do Detroit Students Miss School: Implications for Returning to School After COVID-19.”

The study conducted “interviews with Detroit parents and high school students, along with observations and interviews with Detroit school staff and analysis of attendance trends, to outline the major causes of student absenteeism in Detroit, the challenges school systems have in addressing these causes on their own, and the implications for policy and practice at the school, community, city, and state levels, as students move back to in-person schooling,” the paper states.

As reported by participating families, Lenhoff and her associates attribute transportation as being the most frequent and persuasive barrier to attendance.

The researcher team found that chronic absences occurred before the pandemic in Detroit, with some students missing 10 percent of the school year. However, attendance has only worsened during COVID-19, as students continued to struggle with new and continuing barriers to education.

On Monday during the Transportation Director’s Summit, hosted by School Transportation News, Lenhoff relayed that school staff who work with families, as well as parents and students themselves, identified transportation as one of the main issues for missing school. She added that one-third of Detroit families with young children don’t own a vehicle, thus they have no way to transport their children to school.

She attributes poor ridership data in school districts across Michigan as one of the contributing factors to the lack of information on how many students are actually utilizing their transportation eligibility. She said she and her colleagues suspect some buses are running under-capacity, but the lack of actual data makes it difficult to pinpoint exactly how many.

TD Summit attendee Janet Ulrich, the transportation supervisor at Aurora Public Schools in Colorado, joined the presentation via video chat and said her district tracks students on special needs routes for Medicaid purposes, though she added that general education routes could be better managed. Currently, school bus drivers on general education routes report a number at the end of each week that says how many students are riding the bus.

She noted that she’s attempting to enforce the use of student tracking technology with her drivers, but many are refusing to utilize it on board the school bus. The district already has RFID card readers and tablets installed, but use is not universal. Ulrich added that scanning students on and off the bus would be a great way to know what students are on the bus and at what time.

However, Ulrich added, COVID-19 safety protocols that permit fewer students riding the bus has made it easier to gauge student ridership.

Lenhoff explained that Detroit has a segmented school system with no coordinated transportation infrastructure. She added that kindergarteners who ride the school bus are less likely to be chronically absent statewide, but ridership eligibility isn’t enough. She cited that students have to actually ride the bus.

“Why aren’t they riding?” she asked.

While the logical solution would be to make transportation available to any and all students who want it, that poses financial and logistic challenges.

Instead, she advised transportation officials to work with student enrollment offices to help relay to families that need transportation services the school that best suits their needs. Lenhoff said more information interventions need to be taking place at school districts when enrolling kindergarteners.

Lenhoff recommended that transportation professionals coordinate with district staff who are working directly with families to help facilitate ridership, whether that be the office of culture and climate or liaisons to provide services under the federal McKinney-Vento Homeless Assistance Act. She added that families who qualify under McKinney-Vento might not even know they are eligible for transportation services.

Lenhoff also advised working with superintendents, as they are shaping the district’s vision and influencing the enrollment process.

Another stakeholder, Lenhoff shared, could be the local public transit agency. She noted that older students in Detroit are provided with bus passes to access the public transit system, a similar practice nationwide. However, she again cited a lack of data on how many students actually utilize it.

“Maybe the district is spending too much money on these bus passes,” she observed.

In working with the Detroit Department of Transportation, she noted there are no conversations taking place on how to better align transit routes to accommodate where students live and their schools. Instead, she said, fixed-route service is based on the needs of work commuters. She added that city transit routes could possibly be adjusted in the morning and afternoon to better accommodate student travelers.

Editor’s note – Transit agencies must be careful when developing routes that could be construed as providing service solely to public school students, a violation of Federal Transit Administration provisions passed by Congress in 1973 to protect private school bus companies.

Going forward, Lenhoff said her team will be looking at how parents feel about their children riding the school bus amid a global pandemic. Before COVID-19, Lenhoff said conversations with parents about general school bus safety revealed some reservations regarding students waiting at bus stops. She added that she anticipates concerns will increase amid COVID-19, noting that how well districts can communicate and emphasize safety protocols will be of importance.

Lenhoff concluded that while transportation options might be a problem, offering more transportation might not be the solution. She said transit issues could actually be the result of something bigger, like weak social networks, parent work schedules and unsafe conditions, to name a few. School district officials should work together to figure out what that challenge really is and how to solve it, she suggested

He said in the downtown Santa Monica area, for example, city officials are constructing new high-rise buildings that must accommodate a percentage of low-income housing. However, he said, the buildings are being constructed with no loading or unloading zones. Elderly people trying to use Uber, for example, must walk farther to meet their driver. The same goes for students with special needs who require additional assistance boarding their school bus.