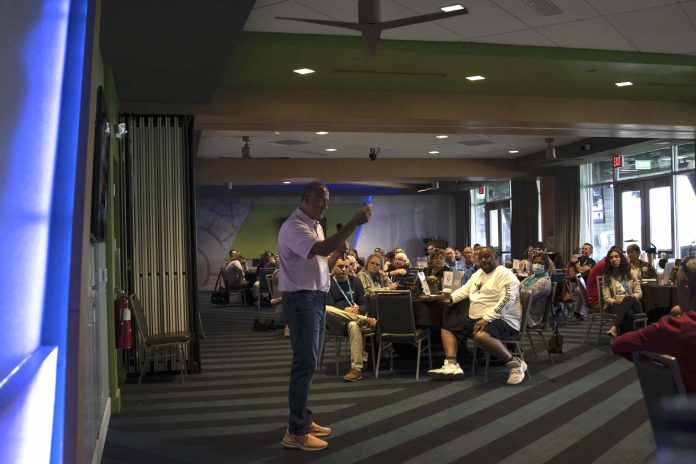 Throughout Saturday’s Transportation Director Summit, Bernstein evoked leadership lessons from the greatest captains and coaches in sports. His talk, titled “Wearing the C,” expanded on his keynote from the previous night on “The Champion’s Code.”

The importance of chemistry was illustrated by the winningest coach in the National Hockey League, Scotty Bowman, who said that it wasn’t about having the best players, but the right ones. He strategically built his team, putting friends together so they’d cooperate and getting every player to focus on the goal: the Stanley Cup.

Unlike in football, getting drafted in Major League Baseball often begins a five-year journey before players graduate from the minor league. The importance of developing talent was shown through Tom Kelley, the Minnesota Twins coach who put his effort into cultivating coaches who in turn trained the players.

“Great organizations don’t rebuild, they reload,” Bernstein said. “Are your cupboards full or are they empty?”

National Football League (NFL) coach Tony Dungy brought inspiration to those around him because he saw the potential in others, treated them well, and encouraged healthy work-life balances – thus inspiring his team to want to win.

“As a leader, that’s your job, to make people better,” Bernstein stressed.

STN Editor-in-Chief Ryan Gray pointed out that this extends to engaging student riders and parents for feedback, especially the millennials and Gen Z of the modern connected generation. Publisher Tony Corpin noted that one way to improve optics is being very public about health and wellness measures being taken on the school bus. Table discussions amongst transportation directors and vendor partners in attendance also centered on the importance of improving workplace culture by appreciating drivers more. 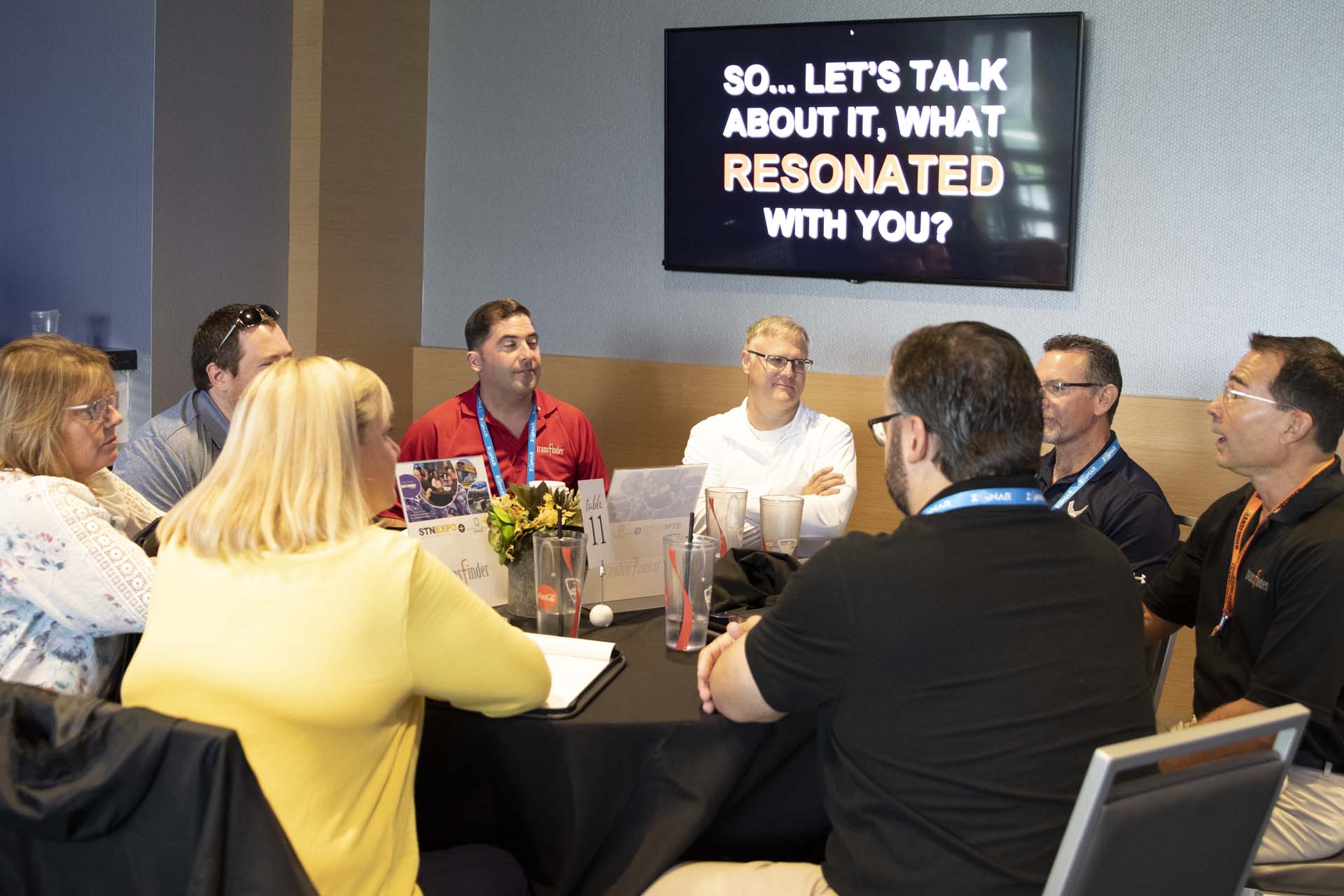 Bernstein advised transportation leaders to find tactics that work for their operations, creating team buy-in that starts from the bottom up, as well as to be open to doing things a little differently.

A successful operation, he added, benefits from: making an impactful first impression; differentiating oneself from the competition; using customization rather than a canned approach; securing video testimonials from satisfied customers; getting creative to close deals; preparing for successful gameday performances; leveraging partnerships to make gains; using social media positively; and keeping a personal “why” in mind.

While districts are struggling with shortages of drivers and funding, he urged leaders to see what else they could leverage creatively. The currency that transportation leaders have is the value they provide to students and families, noted Corpin.

One attendee shared that his transportation department got the community involved and posted school bus driver recruitment signs around the district. In a striking case of internal quality control, one transportation supervisor applied zip ties to bus hoods to verify who was doing pre-trip inspections – and who was not and needed additional training. Another underscored the importance of bringing awareness to the overlooked but essential things a school bus operation does, such as meal delivery and Wi-Fi hotspots. Yet another director worked with county security to lend buses — her currency — in the event of an emergency. 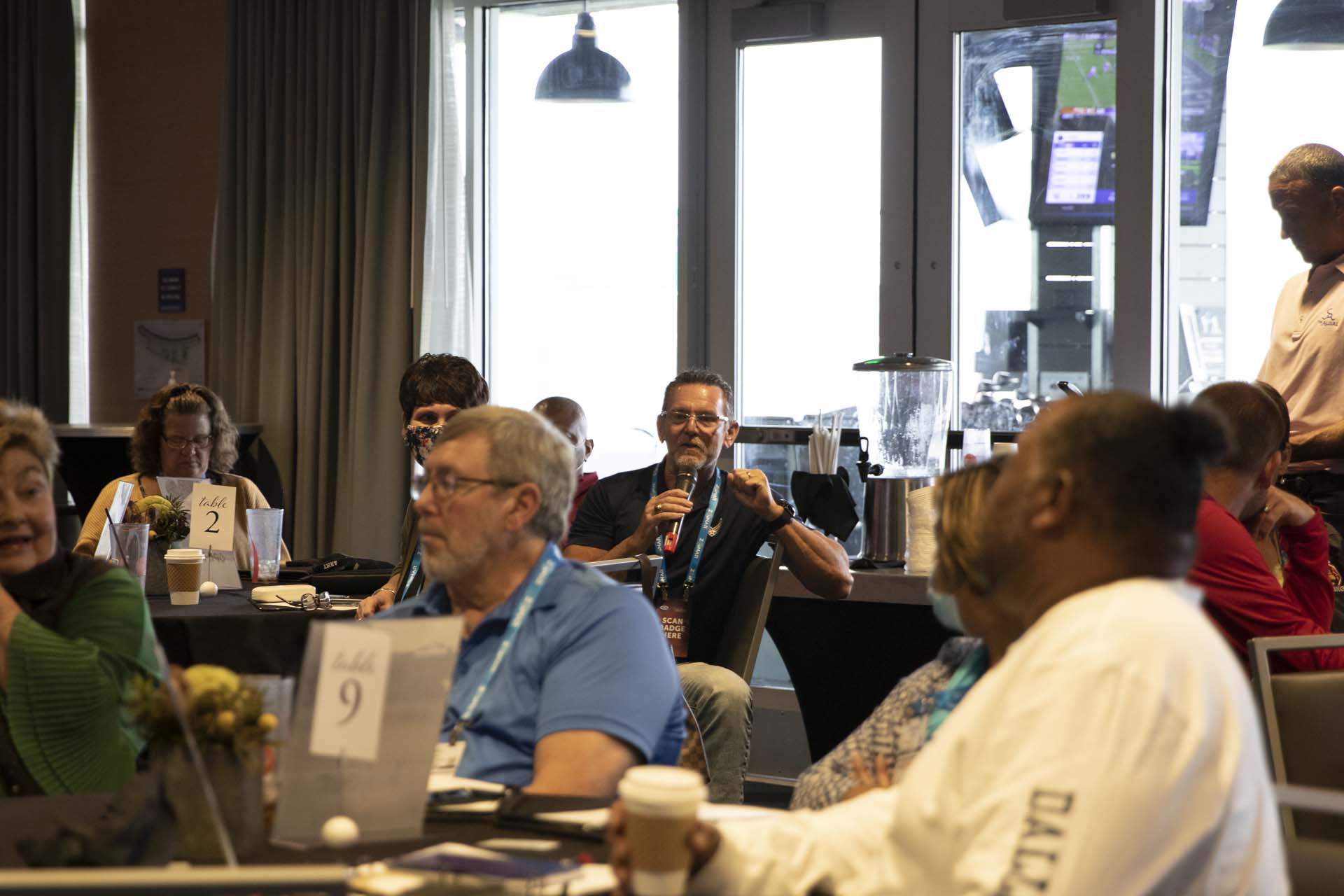 Leaders Know That There Is No One Right Way to Lead

Different people require different leadership styles, so leaders need to determine what employees want. Competition and rivalries can push some employees to be better, while some are internally driven by principle. Still others value better pay, quality of life, or work perks like a parking spot or ‘Employee of the Month’ designation, Bernstein commented.

Bernstein urged attendees to consider how student transportation can and should adapt to offer their customers – families – the choices they want.

“Leadership is about getting people to understand that you respect them,” commented Jeff Cassel of the School Bus Safety Company.

“You have to make them enjoy their time [with you],” another attendee stated.

It also helps to know the type of employee one is seeking and then focus hiring efforts on that, another said.

Leaders Will Make Sacrifices to Help Their Teams Generate Momentum

“Little things create catalysts and then it becomes contagious,” Bernstein said. He added that leaders must use discretion to keep track of those all-important little details.

In sports, some players owned their roles so well that they became invaluable. Leaders must make the tough decisions to determine if aggressive tendencies have a place in the operation, or if it’s too risky. If there’s an employee who’s a square peg in a round hole (e.g., a bad driver), they may need to be moved to a new role or perhaps kicked off the board entirely, Bernstein said.

To have loyal, dependable workers, he explained that transportation leaders must set a good example in their own habits. Doing this right results in accountability, courage and a team that rallies as a cohesive unit.

“Loyalty is about culture – creating a workplace so good they don’t want to leave,” he said. “You’ve got to make it fun.”

A standard of integrity is always needed. While cutting corners or cheating may be widespread, that doesn’t make it right.

“Integrity is doing the right thing when no one’s looking,” Bernstein summed up.