The move comes in response to the Vancouver, British Columbia manufacturer opening a dedicated school bus manufacturing facility, with GreenPower set to take ownership in August. Gov. Jim Justice announced the deal in January and on Thursday outlined a statewide demonstration project for school districts, in partnership with the West Virginia Department of Economic Development.

The goal of the pilot, according to a press release, is to provide real-world testing of the vehicles in rural and urban areas to give school districts “a better feel” of bus operations, including the needs and requirements of the charging infrastructure.

“Our West Virginia operations will serve as a cornerstone for U.S. manufacturing to deliver electric school buses to our customers on the East Coast and adjacent regions,” added Brendan Riley, president and director of GreenPower, in a statement. “Gov. Justice, members of his cabinet and staff, state legislators, city officials and educators at BridgeValley have all worked tirelessly to ensure we are up and running by late summer.”

In March, Justice signed into law HB 4571, which increased the state’s School Foundation Allowance by 10 percent for using an electric school bus and an additional 5 percent for the portion of buses manufactured in West Virginia.

Last month at the Advanced Clean Transportation Expo in Long Beach, California, Michael Perez, director of contracts and grants for GreenPower, told School Transportation News that with the opening of the 80,000-square-foot plant in South Charleston comes a commitment from the state to add the company’s electric school buses to the state specifications list.

The timing of the plant’s opening, Perez added, coincides with the deadline for year-one rebates under the EPA’s new Clean School Bus Program, which provides $5 billion of funding over five years for zero- and low-emissions school buses.

He also said the first Nano BEAST is expected to be finished at the company’s Porterville, California, plant this month, before all school bus production shifts to West Virginia. The Type A is built on the same drivetrain used by the EV Star shuttle bus, 150 of which are already in service. 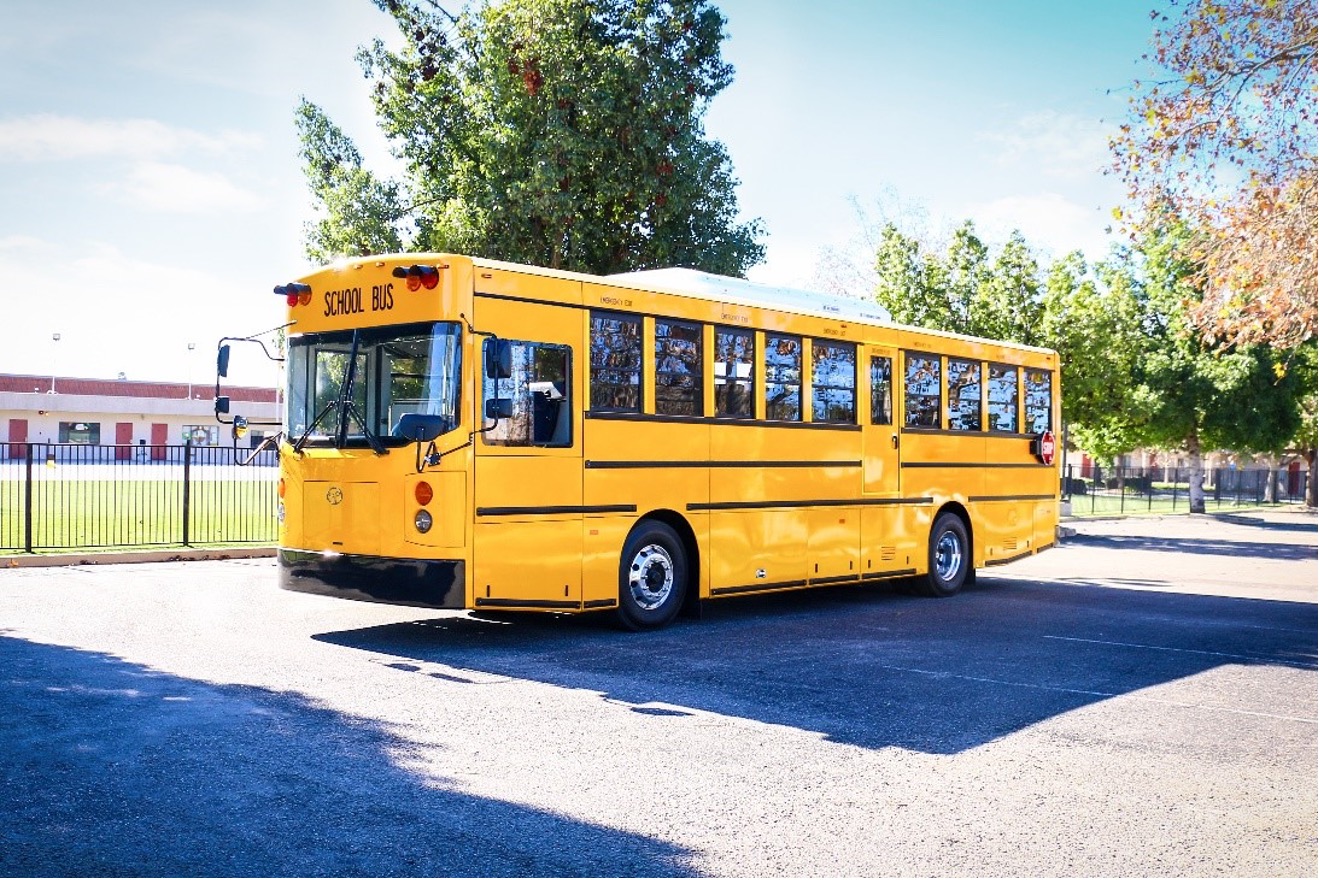 But where GreenPower is really making its mark, he commented, is with the larger BEAST, which stands for battery electric automotive school transportation. The 40-foot, 90-passenger bus offers the largest width currently available at 102 inches and a standard passenger storage compartment. It offers dual AC and DC charging.

“I feel like we haven’t really done the Type D it’s true justice,” he said. “When you see the vehicle, it immediately stands out. People think it’s an over the road coach.”