The post-pandemic aftermath has continued to challenge everyone, especially the education sector and the ability of students to get to school on time, if at all 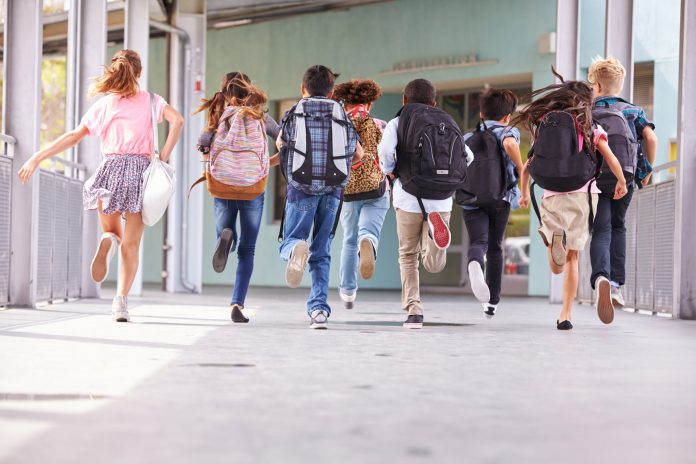 Research shows that COVID-19 has had an adverse effect on education worldwide. However, plummeting grades didn’t simply begin with the difficulty of adjusting to online, remote learning. An underlying contributing factor has been late school buses, and a nationwide shortage of bus drivers has worsened matters.

The New York City Council’s Oversight & Investigations and Education committees held a hearing on Nov. 21, to dive into what has been chronically causing delayed bus routes for the year, culminating with over 300 a day this fall. In all, city council data indicates that about 14,500 instances of late school buses occurred in October alone, up from 10,500 one year earlier. In addition, the investigation uncovered that 22,347 late school buses had been logged for the entire school year, the most since data was first culled six school years ago. On average, students were 41 minutes late to class, nearly an 11 percent increase from last school year.

New York City Public Schools and its 52 school bus contractors transport 140,000 students a day, 65,000 of which have disabilities.

Rita Joseph, chair of the council’s education committee, called many school buses routes “nonsensical,” as some students are forced to endure hour-long school bus rides to campuses that are merely two miles from their homes. Additionally, Joseph pointed out that some students eligible for transportation still had not been assigned a route as of the hearing date. She and others also pressed the city’s Office of Student Transportation on why the implementation of new GPS tracking and updates had yet to be fully implemented.

Councilwoman Lynn Schulman of New York’s 29th district summed up the importance of the investigation in one line: “Kids only get one chance at a good education.”

Glenn Adams Risbrook, the senior executive director of the New York City Department of Education’s Office of Student Transportation, pointed out the impact of the school bus driver shortage. In response to a 500-driver deficit to start the school year, he stated that school bus contractors asked the staff they did have to drive two routes in succession, resulting in just one reason why buses ran behind. Workforce and recruitment strategies, Adams explained, were pain points bus companies most needed help with to prevent further driver shortage issues.

Additionally, the school district launched a rideshare service with prepaid rides to transport students who have yet to be assigned a school bus route, a paraprofessional or nurse. But Risbrook noted “complications” because the current system was set up for school buses only.

Kevin Moran, the chief school operations officer for the New York City Department of Education (NYDOE) and Risbrook’s boss, said the problem dates back to at least 2018, when an audit discovered that operations were “not designed to function.” City council members countered that late buses have been a problem for decades.

Moran added that at any given point there had been roughly 311 late buses at school on any given school day this year, much of which is caused by traffic. Much of this can be captured in real-time with new VIA GPS being pilot tested, which Moran said is aiming for eventual 97-percent, on-time arrival scores. With push notifications to track routes, parents who live in the areas being tested are given a case number when complaints about late school buses arise, and the department works to try and resolve the issue in real time using a new call center. He said NYDOE has also been performing diagnostics on the pick-up and drop-off of students to see where bus drivers can work more efficiently.

The Impact of Late School Buses 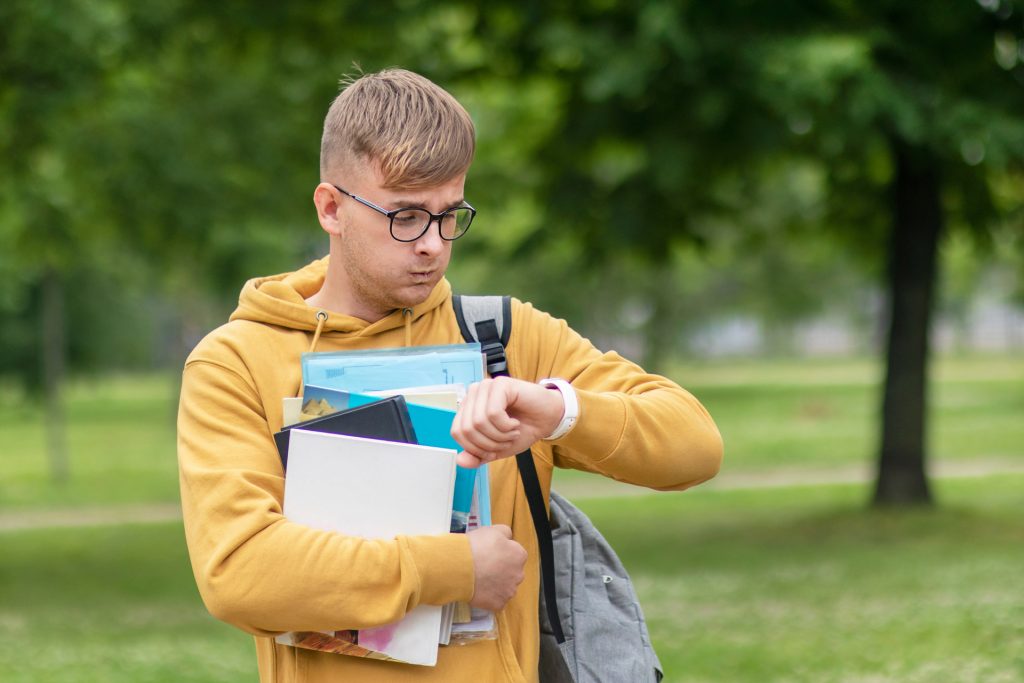 Tardy buses have been a key issue before the pandemic and not only in New York City. Bastrop High School in Texas, for example, reported that delayed school buses started back in 2017 and negatively affected students’ grades and test scores. A student newspaper article at the time quoted a freshman who said they failed a class due to late buses. Other students also complained and stated they would prefer being dropped off at school by their parents to avoid truancy concerns. But some parents aren’t able to drive their children due to economic hardship, the proximity of a school to that of a home address, or a a work situation.

Attendance has been a critical factor in every child’s education from kindergarten through high school. All learning institutions adhere to strict attendance policies, not only counting when kids miss school but when they’re late for school. Every state has a truancy law that typically considers missing thirty minutes of learning, that is not excused and extending beyond three times within the school year, to be truant. Truant is defined as the act of staying away from school without reason, such as illness, a natural disaster, or a family emergency.

Absenteeism falls heavily on parents’ shoulders. However, many parents lean upon school bus transportation to get their kids to school on time. Safety concerns can arise when students arrive too early for their bus and are waiting around or if they have to wait for a late bus to pick them up.

As reported by the New York School Bus Contractor’s Association, statistics show that more than 26 million students rely on school bus transportation which calculates to 480,000 yellow buses nationwide, saving families $7.3 billion in fuel costs alone. Despite newer federal data pointing to as many as one-third fewer students riding school buses, the potential expense to parents of transporting their own children skyrocketed this past year due to high fuel costs.

Additionally, parents who choose or are forced to drop their kids off at school must anxiously watch the clock so they’re not late to work. The process can be stressful, coupled with post-pandemic lifestyle adjustments. The public school transportation system was built to safely transport students to school so they could have an education. It was meant to aid all parents needing to get their kids to school on time regardless of personal, circumstantial, or economic reasons. When parents are late to work, it can potentially negatively impact their employment.

Truancy, no matter the cause, can affect the grades and overall health of students. Low-income students who rely on free or reduced-price breakfast at school could go hungry and miss the most important meal of the day.

Hungry and late students could also not nnly miss essential teacher lectures but have difficulty focusing if they skipped breakfast or were rushed on their way to class. The National Center for Biotechnology Information (NCIB) conducted Diet, Breakfast, and Academic Performance in Children research to determine the ramifications of nutritional intake on students’ performance. The findings showed that participating in a school breakfast program positively enhanced students’ nutrient intake, which not only improved academic performance but, by decreasing hunger, also bolstered psychosocial functioning.

Students who must endure very long school bus rides have also been shown to have a greater chance of demonstrating absenteeism and, therefore, not showing up to school at all. A Brown University study found that even long or very long bus rides for district transfer or charter school students, many of which are students of color and/or from low-income families, led to a reduction in reading test scores. Increased absenteeism resulted. The study suggested that the optimization of school bus routes was a necessary step toward improving the well fare of students’ education and maximizing their learning potential. Additionally, the availability of school choice and location is another factor when pushing for an increase in school buses to ensure shorter commutes. Delayed school buses and extraneously long rides have historically affected large cities like New York.

Late-arriving buses and long bus rides are especially an issue for students with disabilities. A parent of a student on the autism spectrum told New York councilwoman Schulman that buses arriving late agitate her child because of the break in consistency that she so desperately needs.

Joe Bowling, a Fresno, California-based special needs advocate, discussed his own concerns with late school buses and children with disabilities.

The former executive director of the Sequoia Area VIII Board for Intellectual and Developmental Disabilities and current owner of California Special Needs Advocacy told School Transportation News that his passion began with his younger brother Johnny Bowling, who had Down syndrome but died four years ago at 53 years old due to respiratory issues. Bowling pointed out that if buses are being delayed significantly on a regular basis, that it could raise the question of if schools are prohibiting a free and appropriate education, a violation of the Individuals with Disabilities Act. Parents having to wait to ensure their children are picked up at the bus stop or having to drive their kids to school at the last minute, and arrive to work late as a result, can cost them money and their jobs, no longer making education free, he reasoned.

Bowling also discussed the lack of inclusion specialists at schools. He observed that many schools have speech therapists, occupational therapists, and mental health therapists but they often don’t have inclusion specialists for students with special needs who also required school busing. Bowling said that waiting for a late bus could trigger some students with special needs, either because of their reliance on consistent schedules or being forced to sit on board for an hour or longer.

Bowling explained that late school buses could contribute not just to grade issues but behavioral, mental health, and socialization concerns, especially for special needs students. He noted that students with disabilities can be already challenged with making friends and being bussed across town or missing time in school can exacerbate that.

But such delays affect all students, not just those with special needs.