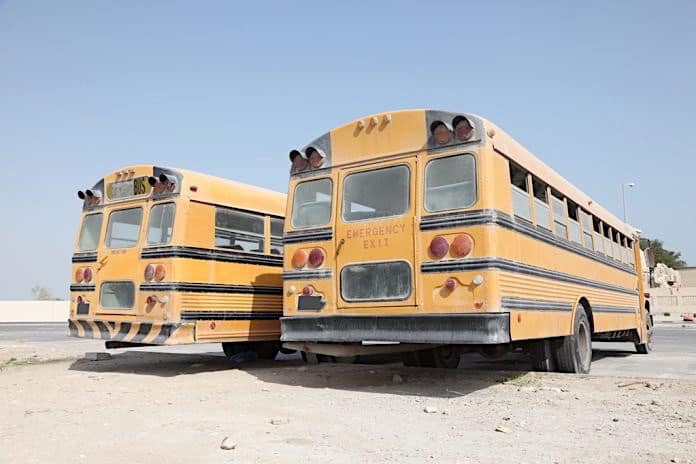 A field trip to Columbia State Historic Park outside Modesto was cut short for a group of students after a collision rendered one of the school buses transporting the students was rendered inoperable, reported The Modesto Bee.

Both buses stopped at a train crossing, as required by law. When the second bus stopped at the tracks, a Ford sport utility vehicle stopped behind it, but a driver of a Nissan pickup did not stop in time, the truck rear-ending the Ford, which was propelled into the back of the school bus

“Following too closely and not being cognizant of people in front of you doesn’t leave you an option to slow down,” said California Highway Patrol officer.

The two buses carried about 150 fourth-graders. No one was injured in the crash.