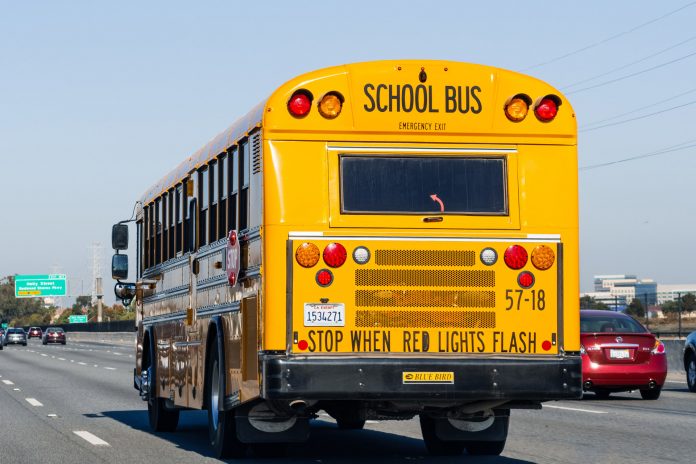 This would mean no more bus stops, pickups or drop-offs for the 1,247 student passengers. The cut comes in an effort to mitigate an expected budget shortfall, resulting from Gov. Gavin Newsom’s revised budget that would result in a $14.2 million cut for the district.

The district is also dealing with a cut of $11.7 million over the last couple of years.

Superintendent Brian Stephens told ABC 10 that cutting transportation would help the district meet its fiscal goal, as eliminating busing will save $1.8 million. However, there is still discussion of keeping some rural transportation routes.

Plans would also heavily depend on school reopening guidelines and social distancing. No decision has been finalized, and if the district receives federal money they will look at bringing cut programs back.

But the transportation cuts might not be necessary. EdSource reported that state Assembly and Senate leaders announced they have agreed on a state budget that would rescind all cuts to K-12 and higher education that Newsom proposed. However, this is based on the assumption that Congress will pass and President Donald Trump will sign the $3 trillion Health and Economic Recovery Omnibus Emergency Solutions, or HEROES, Act, with California standing to receive $14 billion.

The article reported that a joint statement from the Senate president, Assembly speaker and chairs of budget committees said there was a “strong likelihood” that Congress will provide additional federal relief.