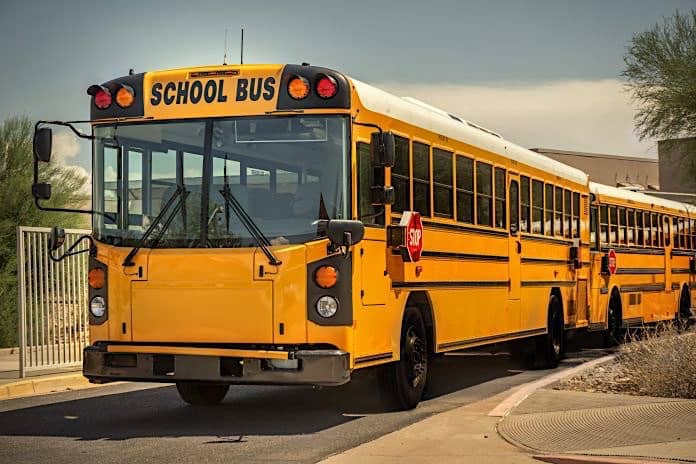 A Los Angeles Unified School District Bus supervisor was fired and two assistant bus supervisors resigned after being accused of workplace drinking, drug possession and inappropriate behavior, some of it caught on camera, school officials disclosed this week, according to the Los Angles Times.

The district recommended the dismissal of all three, but the subordinates resigned, said Christine Wood, an attorney with L.A. Unified.

As these three cases were being resolved, the head of the transportation services division, Donald Wilkes, resigned, as did a manager who worked under him, Salvador Beltran. District officials declined to comment on whether there was a connection between those departures and the alleged misconduct of the three employees.

In recommending dismissal of the three employees, the district cited three incidents from September 2013 to May 2015 in which they and possibly others allegedly drank alcohol or had marijuana on them at the end of a workday.

There was no evidence that a bus driver was drunk or high while transporting students, said district general counsel David Holmquist. One of the assistant bus supervisors was working as a driver at the time.

The district accused area bus supervisor Jorge Diaz of failing to report improper conduct while also engaging in it on three occasions with a small group of fellow employees — consuming alcohol and making inappropriate comments about homosexuals, blacks and sex among employees.