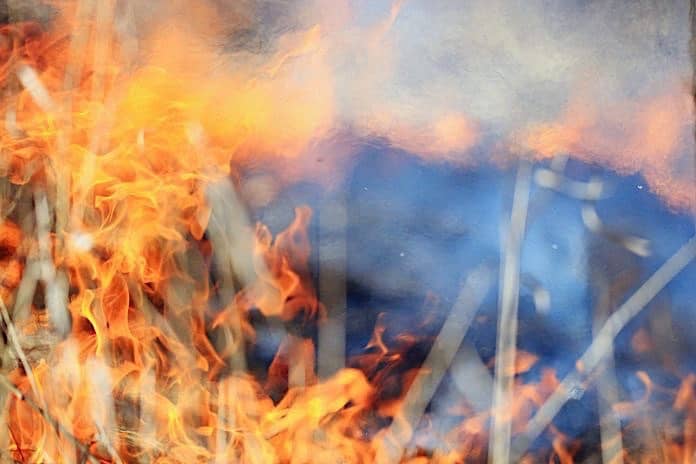 Loveless was transporting students from the Advanced Learning Center in early September and was reportedly crossing a railroad track when he heard a loud booming noise. Getting the school bus away from the railroad crossing was his priority so that he could safely evacuate students, Loveless told the news outlet.

“Smoke was coming from the engine after the explosion. I thought about trying to save this thing until I saw the flames,” Loveless said.

An exploding turbocharger was reportedly found to be the cause of the fire. Superintendent Brian Jernigan presented Loveless with an appreciation plaque on Oct. 21 to honor his quick response and credited the emergency evacuation training that Monroe County school bus drivers receive for the outcome of the incident.

Loveless told the Monroe Journal that he’d never had something like this happen in his eight years as a school bus driver, but he credited his passengers with aiding in a quick response. The passengers reportedly called for help and handed their phones to Loveless to talk, resulting in help arriving within five minutes.

“Mr. Loveless did exactly what he needed to do,” Jernigan told Monroe Journal. “Training and evacuation drills work.”