The driver of the tractor-trailer was reportedly reaching down to pick up a cigarette just before colliding with the school bus that was stopped to pick-up a preschool-aged student.

Two adults and eight children were on the bus from Ransom Head Start Center, and all 10 were taken to the hospital. The extent of their injuries is currently unknown. However, at least two people involved in the incident were airlifted to a hospital. 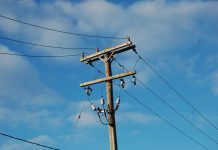 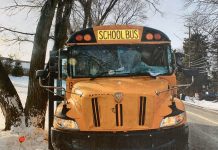