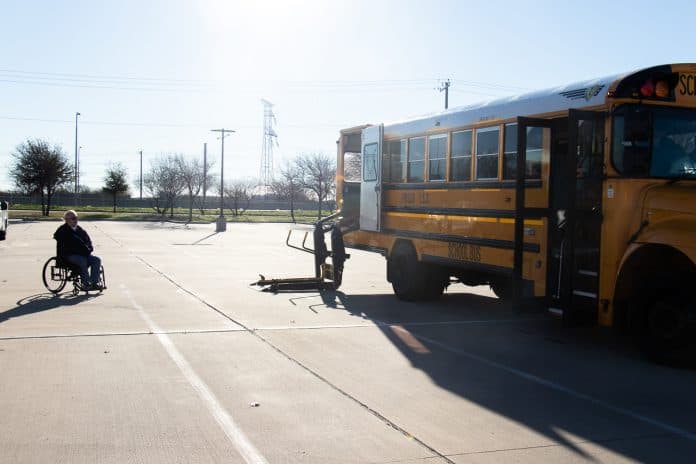 FRISCO, Texas — The annual TSD Roadeo competition at Frisco ISD, hosted by Women in Transportation (WIT), brought competition from all over the country. Pairs competed in various challenges and were judged on their performance.

Some spectators came to the Roadeo not to compete, but rather to watch the drills and exercises, so they could implement similar activities in their own states.

One drill featured a live situational training competition, where a bus driver and an attendant were on a school bus with overactive special needs students, played by adult volunteers. The driver was responsible for zig-zagging around barrels and reversing between two ropes. The final section required the driver and aide to properly evacuate the students through the back exit door.

The national Roadeo champions were announced Saturday evening by WIT during a special banquet hosted by sponsors Q’STRAINT and Sure-Lok.