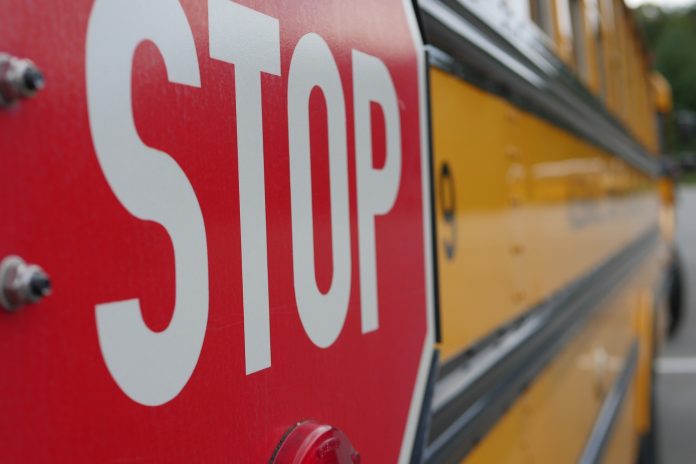 Keith Dreiling, the state director for the Kansas State Department of Education, briefed his associates and other interested parties on Thursday on the results from the 2019-2020 National School Bus Loading and Unloading Survey. This year’s results were the fewest in a decade. Eight fatalities were reported at school bus stops during the 2018-2019 school year.

However, the 2019-2020 survey notes that schools across the U.S. were closed for most of the second semester because of the COVID-19 pandemic, which could have played a role in the number of fatalities.

Dreiling explained that if there was one good thing to come out of the pandemic, lower fatalities around the “Danger Zone” was one of them. He added that due to nationwide school closures there were no opportunities for incidents to take place.

Maryland reported that a 9-year-old girl was struck in Bethesda by her own school bus at about 4 p.m. on Dec. 12, moments after she had exited the bus at her stop in dusk light conditions. The Type D transit-style bus proceeded to turn right and hit the girl with the right rear wheels.

A 7-year-old girl in Wisconsin was killed on Feb. 10 while waiting to board her school bus during dawn hours and in foggy conditions with snow on the roadway. The bus was stopped at about 7:15 a.m. and had its federally mandated stop-arm and eight-way red lights activated. A motorist approaching from the rear failed to stop and attempted to drive the Chevrolet Silverado truck around the bus on the right shoulder, hitting and killing the kindergartner in the process.

“We have a lot of other accidents that occurred across the United States,” added Dreiling during NASDPTS Federal Forums Plus online event. “They don’t meet our criteria, [but] they are all tragedies.”

He added that because the survey has been going on for the past 50 years, the criteria can’t be changed now. He said the fatalities must occur during the actual loading and unloading of a school bus to be included in the report.

He cited the examples of a student on a skateboard who became stuck under a school bus and another student who was walking and was hit by the bus while using a crosswalk that occurred during the 2019-2020 school year.

All states except for Rhode Island participated in the voluntary survey.

The first national survey, which originated at the Kansas Department of Transportation before moving to KSDE, was conducted in 1970. It has reported a total of 1,254 student fatalities, with the total evenly split between a vehicle illegally passing a stopped school bus and the student’s own school bus hitting them.

Since then, the number has mostly fallen, with a few years of spikes, such as in 2008 when the deaths jumped to 17 from 5 the year prior. For the past 15 years, the average number of annual student fatalities has been about 7.5.