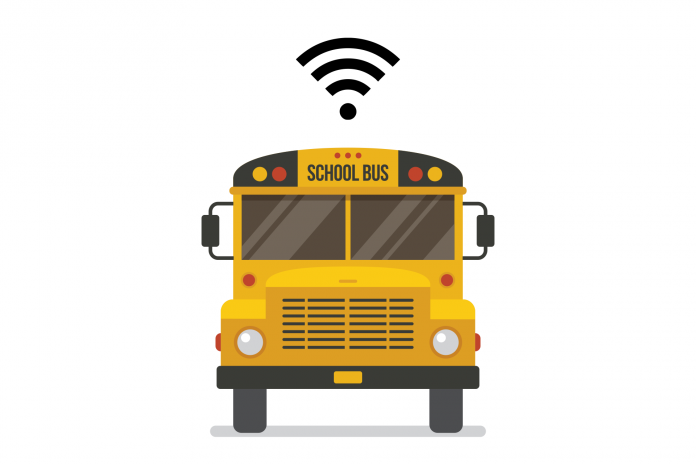 For seemingly 25 years, ever since it was created with the passage of the 1996 Telecommunications Act, the E-rate program administered by the Federal Communications Commission has been a sore subject among some in the school bus industry for its failure to include the yellow vehicles under the same umbrella as schools and libraries for Internet access.

After failed attempts in Congress to extend the funding to school bus Wi-Fi programs, the day may be coming soon that the FCC acquiesces and treats the iconic yellow vehicles as true extensions of the classroom.

On Wednesday, FCC Chair Jessica Rosenworcel announced a proposal to allow E-Rate funding for school bus Wi-Fi during a meeting of the National Coalition for Technology in Education and Training, a non-partisan organization that examines and supports the use of technology to improve education and training in America.

The draft “Declaratory Ruling” directs the FCC’s Wireline Competition Bureau to include funding Wi-Fi on buses in establishing E-Rate eligible services for the upcoming year. The funding cap in 2021 was $4.276 billion, according to the FCC.

“While we’ve made progress getting many more families connected through our various broadband funding programs, the homework gap is still a hard fact of life for millions of schoolchildren in urban and rural America,” said Rosenworcel in a statement. “Wiring our school buses is a practical step we can take that is consistent with the history of the E-rate program. This commonsense change could help kids who have no broadband at home. I look forward to having my colleagues join me in approving this step to support the online educational needs of our nation’s schoolchildren.”

Meanwhile, the application period for the third round of funding under the $7.17 billion Emergency Connectivity Fund closes Friday. So far, FCC said it has committed more than $35 million in funding through that program for the purchase of Wi-Fi hotspots and broadband services for school buses.