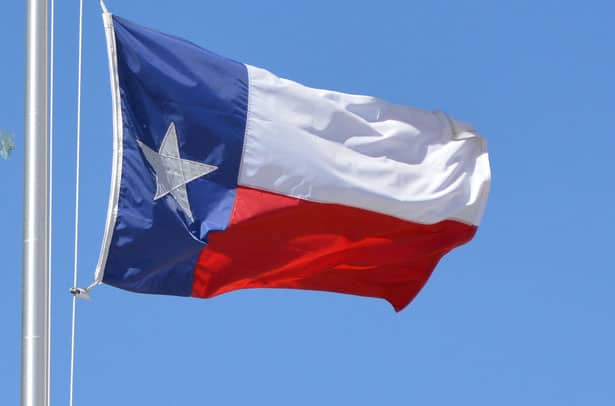 Two Texas transportation directors have developed plans and scenarios for operating their school buses at a reduced passenger capacity due to the recommendations issued last week from the Centers for Disease Control and Prevention (CDC) regarding continued social distancing in schools once they reopen.

The Texas Education Agency (TEA) and Gov. Greg Abbott also issued guidance similar to the CDC’s for operating school buses with students on board again. Abbott announced that schools could open for in-person summer school classes as early as June 1, with additional guidance and procedures in place.

These recommendations include reducing the number of students on a bus route and grouping together bus riders with those in the same class, to minimize cross-group exposure. Hand sanitizer should be used prior to boarding the bus, and students should be seated at least six feet apart, which in most cases means one student per row on opposite sides of the bus.

Nathan Graf, general manager of transportation for San Antonio ISD, said his district is working on a plan to follow the CDC and TEA social distancing guidelines. Plus, he said the district is planning on leaving the first two seats behind the driver empty so that the driver has space as well. He noted, however, that if kids live in the same household, then they could sit together.

He said because the passenger capacity would be cut by more than half, he anticipates several trips to pick kids up from school. However, he added that his district is looking at implementing a split schedule, where students go to school every other day, which would really help his routing situation.

“Basically, we would be splitting the school day into two sessions, and we would be driving more miles,” Graf explained. “The good thing is, the drivers would be getting more hours, but we wouldn’t need twice the number of drivers. We would be able to do that with our current staff and buses. That is why we are really hoping for that split schedule. Because that will really work perfectly for us.”

Graf noted his district is a part of the Council of Great City Schools, in which Graf is on the task force committee for what transportation will look like post-COVID-19. He shared that one of the greatest challenges districts are facing is being able to transport successfully with less than half the bus capacity.

Besides looking at split days, the district is also considering a morning and afternoon shift, which would mean school bus drivers would start work at their normal starting time around 6 a.m. for the morning route. In the afternoon at around 1 p.m., they would return to school to pick up the students. But instead of their day being over, the drivers would then start picking up a second shift of students who are then dismissed from class later in the day.

He also explained that students would all carry their ID cards and scan them as they get on and off the school bus, so the district can conduct contact traces.

“In the event that one of our students tests positive for COVID-19, we would be able to then identify who was on the bus on that particular day, even by time,” Graf explained. “And then we would have the seating charts, identify proximity and how many kids were close to that particular student.”

Meanwhile, Kayne Smith, director of transportation for Cypress-Fairbanks ISD near Houston, said that his district is in the process of reviewing those guidelines and developing scenarios.

“I think we recognize that they are guidelines, and CDC specifically states in those guidelines that do these when possible,” Smith explained. “But we know that in every district, municipality, community, everybody is impacted differently. And everybody performs their services for their district differently. So, I think for us, we recognize that this is what CDC is recommending and this is going to be one of the scenarios that we are going to run.”

Smith said as of this past school year, the district transported 85,000 students daily, which is 70 percent of the district’s population. He noted that with roughly 900 school bus drivers on staff, and 1,200 buses in his fleet covering a total of 760 routes, exponentially reducing capacity could cause his district to increase his routes by 10 times what it was last school year.

He also pointed out that following the CDC recommendations perfectly would mean he would need 1,000 more drivers and buses unless there were significant changes to the school district’s schedule. Yet, for any situation, he said the district will need more drivers.

“The CDC guidelines are going to be one model that we are going to have and one model that we are prepared for moving forward as a district, but I think we need to keep our options open and look at all kinds of different scenarios. … It’s almost June and there is still a lot of research and studies being done,” Smith explained. “One thing that I think we have all come to recognize is that the only constant right now is change. And we have to be prepared for any and all scenarios and outcomes.”

He mentioned that his district is looking at several different models of education, that would influence transportation. He said these consist of changing bell times, extending the school day, and a hybrid model of education.

He added that because Texas tracks its instructional time by minutes and not days, the district needs 75,200 minutes to meet the minimum education requirements for the state of Texas. He said adding time to the end of the school day would be beneficial if the school ever had to close its doors again. In that case, the days wouldn’t need to be made up.

He said the most important thing is communicating with district officials on the resources that transportation has available, and ways to make it work.

“We are the driving force behind education,” Smith said. “We are working together to be proactive. [My department] meets frequently to discuss different scenarios, what different outcomes would look like, coming from the guidelines that have been established for us. Because we want to, not tell the district ‘No, we cannot do something.’ We want to tell the district, ‘Here are the resources we have available and here’s different options that the district can review, utilizing these resources to the best of our availability.’ So, we can provide as close to the same level of services that we have been providing, before all of this.”

Buses should also be cleaned after each bus trip and windows should be opened to allow for additional ventilation and airflow to help mitigate the spread of COVID-19, the TEA recommends. Both Smith and Graf shared their cleaning practices that are happening currently and will continue through the new school year.

Smith said all his buses are already deep cleaned annually, per department protocol. However, he added that now his staff now has a more detailed process for cleaning all of their transportation facilities and school buses to help mitigate the exposure of COVID-19 and other viruses.

“That involves disinfecting after every bus run and then using foggers between routes, to do a thorough deep cleaning of all the vehicles every single day. We do that in the vehicles and in the transportation centers,” which Smith said has been happening since March 9.

Graf agreed, noting that his district is performing a similar procedure. Drivers will be responsible for wiping down the seats and handrails after every run, then they will be required to more deeply clean of buses when they get back to the bus terminal after the morning and afternoon routes.

“The seats, that aren’t used, we are going to wrap them in red cellophane and then we will put red duct tape on them as well, so that way kids cannot sit in those empty seats,” Graf added.

With all this additional guidance, School Transportation News has tracked various postings on social media sites by school bus drivers who are questioning whether they want to return to their jobs. However, Smith and Graf said their drivers are the opposite.

Graf noted that he sent out intent to return letters to his drivers, and out of the 161 drivers on staff, 155 indicated that they were going to return. He added that he did not expect it to be so high. He said that his drivers are excited to come back to work and interact with the students again. However, he noted a challenge for them will be limiting that interaction and keeping their physical distance.