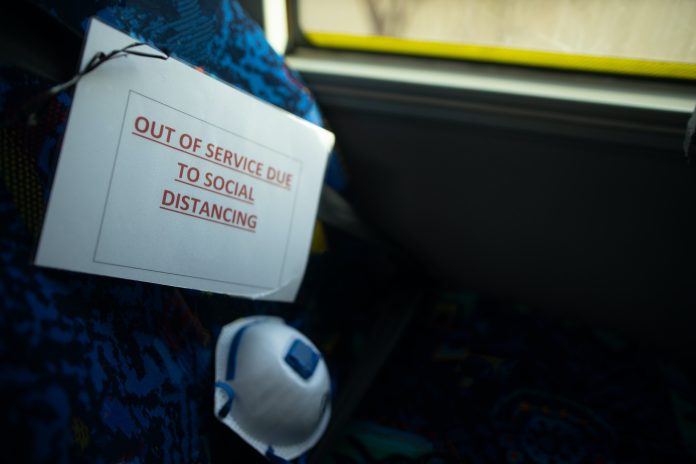 The Centers for Disease Control and Prevention (CDC) issued a new set of recommendations that details a plan for reopening America, including regulations that school transportation departments should adhere to.

The CDC issued interim guidance on Wednesday for what reopening schools would look like in an attempt to reopen America. The document, “CDC Activities and Initiatives Supporting the COVID-19 Response and the President’s Plan for Opening America Up Again,” (starting on page 45), summarizes CDC’s initiatives, activities, and tools in support of the whole governmental response to COVID-19, according to its website.

On March 13, President Donald Trump declared a national state of emergency due to the coronavirus pandemic. Since then, restaurants have closed for dining, malls have shut down and sports have ceased, among many other initiatives to slow the spread. These initiatives also included closing school buildings and many students were suddenly expected to learn online, or in a distance learning model.

Since then, transportation departments got creative and continued running their operations as meal and school supply delivery to students in need. School buses that are equipped with Wi-Fi routers were parked in areas with limited broadband internet access, or in locations where families couldn’t afford service that is compatible with school district eLearning programs.

Over two months later, America is starting to see some reprieve from states “Safer at Home” orders. However, many transportation directors confessed confusion as to what reopening would look like, adding that bouncing back from the pandemic is going to be harder than shutting down.

In a recent School Transportation News survey, many respondents said they were awaiting CDC or state guidelines to be announced before they start planning for the next school year, which could consist of health screening students prior to boarding the school bus, limited capacity routes, and multiple runs throughout the day.

Last week, the CDC issued a flowchart to administrators on steps that need to be taken before reopening schools, but it lacked details. It recommended issues that schools should be addressed prior to reopening but did not provide a “how” on how to accomplish those steps.

This week’s guidance further detailed these concerns and documented how social distancing might take effect in school districts and school buses.

For schools, these measures include keeping students and teachers together as much as possible. It also advises canceling all inter-group events such as field trips and extracurricular activities, spacing seating and desks to six feet apart, and turning desks to all face the same direction.

The CDC said all cafeterias, dining halls and playgrounds should be closed. Instead, it advocates for serving meals in classrooms to promote social distancing. It also stated that hallways should be one-way directional walking paths, so students aren’t passing one another.

Arrival and drop-off locations and/or times should also be staggered and adjusted, or protocols should be in place to adhere to social distancing with parents or care givers are dropping off students.

Social distancing should also be considered on the school bus, and the CDC recommended seating one child per seat, every other row, where possible.

In an STN survey sent this month, 53 percent of 382 respondents said they have calculated how school bus ridership would be affected if social distancing requirements remain in place. When discussing what it would look like, many transportation directors shared that they would have to reduce their capacity by at least 50 percent.

Plus, 57 percent of 360 respondents stated that they don’t have the capacity in terms of school bus drivers or school buses to accommodate resulting bell-time changes. In addition, only 24 percent said they have both the school buses and the drivers on-hand to make the changes a reality.

States are also offering guidance; however, the information is extremely cursory. The Maryland State Department of Education released a draft document on reopening schools. Ohio and Texas have also issued guidance on their websites on what reopening looks like.

MSDE’s document included a section on transportation which states that school bus drivers need to attend training on the new policies before transporting students again and schools should be prepared to provide all bus drivers with personal protective equipment. It calls for developing policies that could include taking temperatures of children prior to allowing them to board the bus, having children wear masks while on the bus, and marking seats with tape to avoid children sitting too close together.

The Texas Education Agency also noted that school districts should reduce the number of students on buses, which could mean one student per row on opposite sides of the bus. However, the TEA stated that it encourages families to drop students off, carpool, or walk with their students to reduce possible exposure on buses.

The Ohio Department of Education also released a draft version of school busing which also consists of social distancing guidelines for the school bus and requiring student riders and staff to wear masks.

Despite some state guidance, transportation directors and bus drivers are looking at the Student Transportation Aligned for Return to School (STARTS) Task Force formed by all three national school transportation associations for more information.

The task force launched on May 8 and Curt Macysyn, executive director of the NSTA told School Transportation News that the CDC guidelines will be discussed on Friday when the task force holds its first meeting.

The CDC also noted that extensive cleaning and safety precautions should be put into place. Safety masks should be worn by all staff members and are encouraged for students, especially older students. Face coverings are not recommended for children under the age of 2, anyone who has trouble breathing, or anyone unable to remove the face covering without assistance.

The guidance also includes the proper way to screen students and listed three examples that school districts should consider. The first example relies on social distancing, which would include parents taking the children’s temperature prior to taking them to school, or ostensibly the bus stop, and having school personnel look over the child from a distance of six feet to confirm there are no visible signs of illness.

The second example includes using a physical barrier, behind which health screenings could be conducted. The third example calls for PPE to be used by staff during every child screening.

Frequently touched surfaces within the school and school buses should be cleaned at least daily. The CDC referenced its transit bus cleaning practices for the proper way to clean school buses.