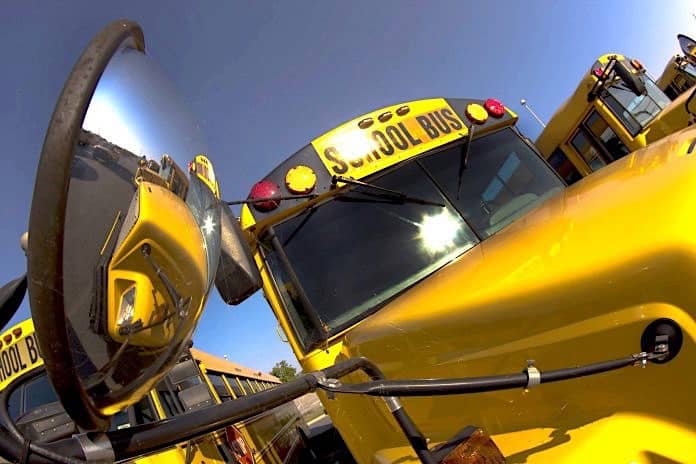 A new industry task force charged with providing clarity to states and school districts that are attempting to reopen schools and school busing for the new year promises to provide actionable items in response to myriad recommendations already issued on the federal and state levels.

The action items are expected to be finalized and released by early next month.

As previously reported, three subcommittees are researching the effect of social distancing on school bus stops and routes, the use of personal protective equipment (PPE) by transportation staff and students, disinfecting school buses, management of general and special education transportation, financial implications resulting from COVID-19, and community and district outreach.

Regan commented that the task force seeks to deliver a sortable set of practices and common definitions by function and applicability, based on the size, scope and bell times of school districts nationwide. He added that actionable items will be available for urban, suburban, small city/town, and rural operations.

Ammon said the subcommittees are attempting to obtain as much data and information from as many resources as possible, the final result being guidelines that provide clarity on what district responses should be as well as the financial impacts. He added that the task force’s work is not only focused on the first day of school but instead the entire 2020-2021 school year. And perhaps beyond.

In the question-and-answer portion of the webinar, Rick D’Errico, the public relations director for Transfinder, asked the panelists what the biggest challenge facing the task force is. Regan responded that the biggest hurdle is translating all of the recommendations already made by the Centers for Disease Control and Prevention (CDC) as well as the states and breaking down potential responses by school districts at an operational level.

Hood pointed out the gap between actions districts can perform that are both feasible and fiscally reasonable. He said that school transportation departments must have a say over school start times. “If you give us enough buses and drivers, we can do anything,” he noted. “But we can’t do it in a short window.”

Regarding the CDC recommendations made last month, which included seating only one student per row and skipping every other row, Ammon reminded listeners that they are merely suggestions. “What we need to do is reinforce that they are just guidelines and applicability is something we need to decide upon,” he advised. “We’ve got 16,000 school districts with tens of thousands of operators that have to put together the service. Don’t make them guess.”

Macysyn added that the CDC guidelines are “offered in a vacuum without consideration of the student transportation system.” For example, he said Kentucky is considering creating its own set of rules based on social distancing requirements.

In response to a question about the possibility of COVID-19 driving more national school transportation policies to try and “homogenize” operations, Macysyn said such an approach is unrealistic, as 50 states could come up with 50 different solutions. “One of the benefits of this task force is it will result in just one report, and fingers crossed states will look at it and lean toward our expertise.”

That expertise, Hood said, includes engineers at the school bus manufacturers, which can answer questions on potential solutions such as erecting plexiglass barriers to separate drivers and students that violate Federal Motor Vehicle Safety Standards.

Ammon said the task force is also focused on delineating between short-term guidelines in response to specific COVID-19 issues and longer-term solutions that address systemic problems.

In terms of the different education models being suggested by states, Regan noted that how districts decide to schedule school and routes depends on the COVID-19 characteristics and cases in the local area.

“Application of social distancing will be a key element,” he commented, adding that he thinks split schedules will be inevitable, if the requirements continue after states fully reopen.