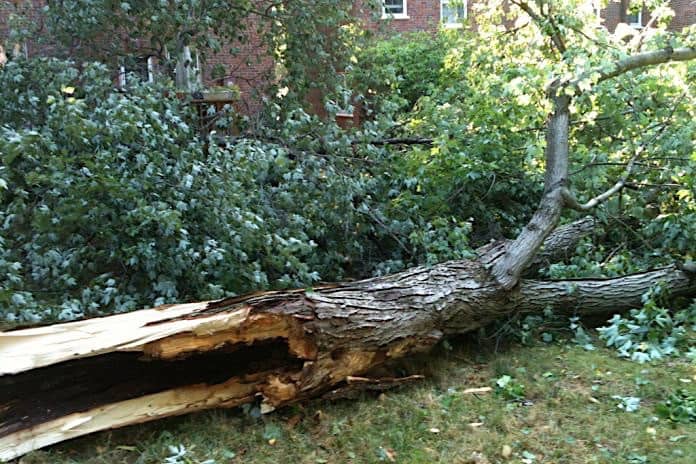 The tree limbs crushed the right side of the bus and the windshield. The students were escorted off the bus through the rear emergency exit, and a report state that most of the children appeared fine.

However, the students were still transported to a local hospital as a precaution.

Meanwhile, the weather forced some schools in nearby Connecticut to cancel classes.