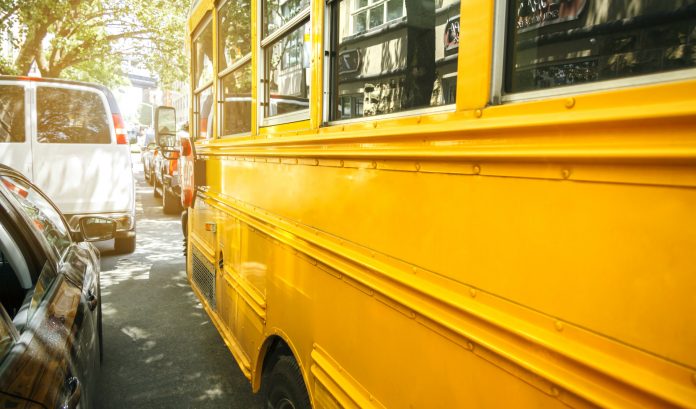 NBC 10 reported that investigators said they were contacted by Pennsylvania’s Department of Human Services about the incident on May 13. Surveillance footage from the school bus reportedly showed the 52-year-old bus aide, who has been identified as Juan Antonio Dorta, spraying two students. The two students involved, a 12-year-old and 10-year-old boy, attend New Story School in Reading, Pennsylvania. The school reportedly serves students with behavioral issues.

When detectives interviewed the 12-year-old student, who has not been identified at this writing, he said that Dorta sprayed him with a bottle containing a multi-surface cleaner that can cause serious eye damage, skin corrosion, and irritation. He also told law enforcement that Dorta had threatened to punch him. Investigators continued, adding that the 10-year-old student also said Dorta had sprayed him with cleaning solution.

Dorta was reportedly taken into custody on Monday and is being held at the Berks County Sheriff’s Department on charges of simple assault, endangering the welfare of children and harassment.