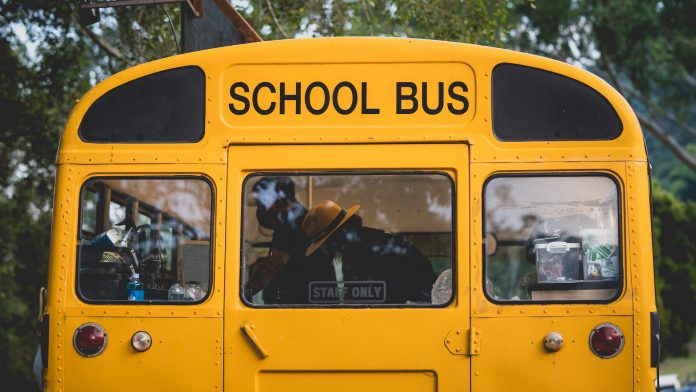 A school bus driver at Perry County School District 32 died driving his morning route on Tuesday. There were no student passengers on board when James Kennedy, 72, was driving a 2023 Thomas Built Buses school bus southbound at 6:02 a.m. Kennedy failed to properly negotiate a curve, overcorrected and struck the front of an oncoming 2006 Sterling box truck. A Facebook post by the district stated that the Missouri State Highway Patrol reports that Kennedy and the school bus then traveled off the road and struck a culvert.

Kennedy was reportedly not wearing a seatbelt. The driver of the box truck was uninjured.

Kennedy drove buses at Sikeston School District before joining Perry County School District 32, located south of St. Louis, last October. Prior to starting in pupil transportation, he was a truck driver for 40 years.

Among Kennedy’s survivors is daughter Barb Kennedy and her partner Daniel Brooks, who teaches at Perryville High School, and nephew Andy Comstock, who is the school district’s superintendent. Over 260 people have already taken to the Facebook post offering their condolences and prayers.

The district later added to the Facebook post, stating that it needs to make changes to its routes due to the tragedy.

“With driver shortages already a recurring issue, and the loss of a beloved bus driver, we are making necessary changes to some of our bus routes to help us cut down on our turn arounds and efficiency of our routes,” the post states. “We understand that making changes during the school year is not ideal. [H]owever, we need to maximize the drivers and the few substitutes that we do have. Getting our students to and from school efficiently and safely is of the utmost importance to us. We do not make these changes lightly; however, they are made with the intention of what is best for our students. You will be notified if and when a change is made to your stop.”