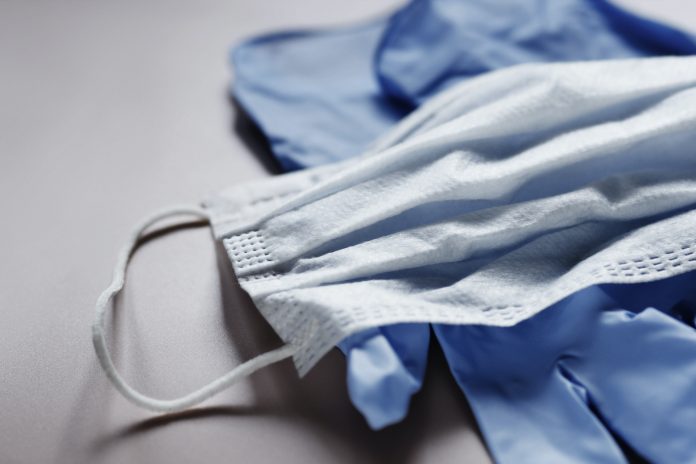 Oregon student transportation directors are attempting to make sense of newly issued state requirements that drivers wear face masks, social distancing is maintained on school buses, and health screening of students is performed before they are allowed to board.

The Oregon Department of Education (ODE), in conjunction with the Oregon Health Authority (OHA), released “Ready Schools, Safe Learners Guidance For School Year 2020-2021” on June 10. One page covers transportation. However, the guidance doesn’t just include recommendations, like in other states, but also requirements.

Marc Siegel, communications director for the ODE, explained that each school site under the direction of its school district will develop an “Operational Blueprint for Reentry.” He said each school will also develop a “Communicable Disease Plan” that will be reviewed by the local public health authority and submitted to both the local school board and the ODE.

The requirements outlined in the guidance include cleaning buses frequently, developing a protocol for loading and unloading that includes a visual screening of students, consulting with parents and guardians for students who may require additional support, drivers wearing face shields or coverings, and direct communication to parents and guardians on transportation services.

“It’s interesting some of the things that they want us to do. They want us to do a protocol for loading and unloading that includes visual screenings for the students,” said Kathleen O’Brien, assistant transportation supervisor for Oregon City Schools. “And how are we going to roll that out? We can take a look at a student, but a student could be coughing because they’re sick, or because they have asthma, or just because there’s pollen in the air.”

The requirements go on to state that students who are displaying COVID-19 symptoms are to be provided a face covering if they don’t already have one and should be kept at least six feet away from others. However, they should still be transported to their school.

“So that’s talking about isolating a student on the bus away from others. And how do you do that? O’Brien asked. “… When you’re looking at what the requirement is and you have these students assigned to seats, and then they’re wanting us to have a place for isolation, how do you do that when you’ve already got every kid an assigned seat for that run? And now, you would have to take away another section of the bus, basically to isolate a student. And how does that look if the student is in a wheelchair?”

Carol Hatfield, executive director of transportation for Hillsboro School District 1J, noted the guidance is similar to what the ODE released for summer school, so she has already been having conversations with her staff on the requirements. She noted that summer school at Hillsboro will start in mid-July and essentially serve as a “test-run” for what the fall could entail.

Hatfield confirmed her district will be performing temperature checks on students, and each family will be sent a health checklist that they review with their children daily. She said each summer school bus will also have an assistant, who will most likely be doing the temperature checking and screenings.

“I think [summer school is] going to give us an opportunity to say, well, this worked really well, we need to keep doing this for fall, or this worked but if we could do this [instead] it might make it a little smoother,” Hatfield explained. “For us, I think the biggest thing is it’s going to give us a snapshot of the time frame of loading and unloading buses at the schools. That is one of the big things that we are anxious to see how that works.”

She said that her transportation team is aware that they will have to add more time for loading and unloading students, plus cleaning that is required in between each run. How much time remains unknown.

“And we might have some drivers who are unable to do that because they might have asthma or some other kind of thing that’s keeping them not able to work,” she explained. “Then there’s the question of if you’re wearing the face shields. You have to make sure that it’s not going to be blocking vision in any way.”

She added that her district will likely require drivers to wear masks.

Meanwhile, Hatfield said she is going to let each individual driver decide what they want to wear. She said if they want to wear one or the other or both, then she is okay with that. She said her priority is that her staff is protected in some sort of way.

“I think everybody is completely aware that it’s not just about your own safety, but it’s about the safety of and the wellbeing of the kids,” Hatfield said. “It’s a two-way street here, and that’s our biggest focus. We are doing this to serve the students, it’s just like if this a normal year.”

One recommendation that the ODE and OHA stated in its guidance is that three feet of physical distancing should be adhered to on the school bus, as opposed to the six feet that the Centers for Disease Control and Prevention recommended.

“In working with our transit partners, three-feet was chosen due to feasibility, with [the] consideration that this is the physical distancing standard in most of the world and according to the World Health Organization,” the OHA stated. “So, while six feet is likely safer than three feet, three feet was felt to be a compromise which would still provide some protection while allowing transit service to resume.”

However, O’Brien said that providing three feet of physical distancing will still mean skipping every other row between student passengers.

“So, one of the things we’re looking at is color-coding our seats and taking some different colored tape and making like every other seat blue, and then the other contrasting color as red or something to that effect,” O’Brien explained. “So that the first run can maybe be blue seats. And then if we do the next run, it could be the red seats.”

She said that will also help with the frequent cleaning, as a school bus could drive two runs and pick up a different group of students each time without the cleaning in between since they would be sitting in different seats. She also said her district is being extremely precise in its routing to be sure that students load from back to front, and unload from front to back.

She said Oregon City School District is also looking at sending some students to school on Monday and Tuesday, shutting down on Wednesday for deep cleaning, and then having another group come in on Thursday and Friday.

However, she said with physical distancing being a recommendation, she questions what happens when it’s not followed and a student contracts COVID-19 as a result. Would the district then be liable for not following those recommendations?

Siegel said ODE recommends that districts with similar questions should consult with their legal counsel.

“I just think, we are kind of going into this with the mentality that maybe some of the crazy ideas we’ve had in the past, this might be a good time to look at them,” Hatfield said. “And I think that everybody is just going to have to keep an open mind and not let yourself fall into the, ‘Well, that’s the way we’ve always done it’ [mindset]. No idea is a bad idea. Let’s put it out on the table, and let’s talk about it because one of those might actually be an ah-ha moment.

“So I think that is the biggest thing, not letting yourself get bogged down because it does — it becomes very overwhelming very quickly, so just break it down into those little pieces, and let’s talk about them and really set it out. And that is a hard thing to do because you don’t have an unlimited amount of time. But if there was ever an opportunity to do that, it’s now.”