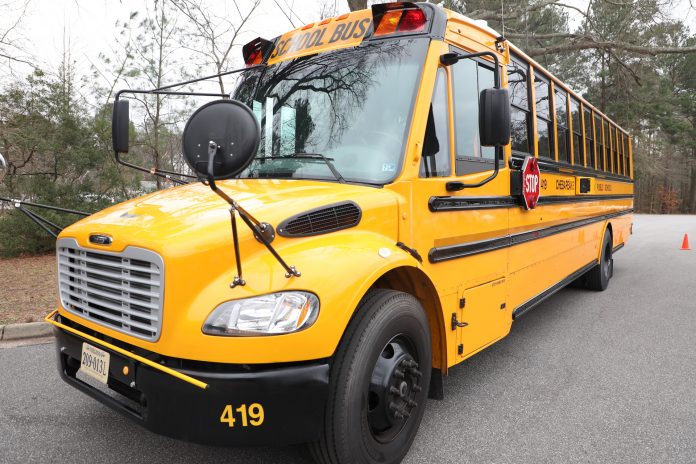 Chesapeake Public Schools in Virginia benefited from a new partnership with Zonar and BusPatrol and installed stop-arm cameras on all 583 school buses free of charge, as part of an illegal passing enforcement program.

David Benson, transportation director for the district, said he began looking at ways to make his bus stops safer and different vendors to make that happen. Benson said he and his team issued a request for proposal (RFP) and in early January awarded the contract to BusPatrol.

“I know there has been lots of information throughout the nation on bus stop-arms being violated and kids being injured at bus stops, so safety is always our top priority,” Benson said.

Benson noted that the company is not only providing stop-arm cameras on every bus. It is also providing seven additional cameras that will be placed around the perimeter of the bus. He said this helps the district by providing information relating to the school bus surroundings that will in return make it a safer ride for all students.

“It is truly a win-win, and the best part of it all, is it cost us absolutely nothing as a school division because it is 100-percent funded,” Benson said.

He added that BusPatrol is covering all costs, from the equipment price to the installation.

In a press release issued today, Zonar and BusPatrol announced a partnership that “enables schools and districts in states with approved stop-arm camera legislation to equip their bus fleets with the latest in school bus safety and efficiency technologies from both companies at no cost.”

Virginia is one of the 22 states that have laws authorizing school districts to install video surveillance cameras on or near stop-arm equipment to capture incidences of motorists who illegally pass school buses.

Benson explained that once the system goes live, the camera will flag any vehicle that runs a stop arm that is deployed while a school bus is loading or unloading students. The footage is then sent to BusPatrol, where company representatives will review each incident and initially verify a violation occurred.

The video footage, Beson explained, then proceeds to the local police department, which will provide a secondary review. If law enforcement determines that it is in fact a violation, the video goes back to BusPatrol, which will then issue via U.S. mail the citation to the registered owner of the vehicle.

Benson said the vehicle owners are provided with a still image and video proof that their vehicle violated a stop arm. He said they will have the option of paying a $250 civil fine or disputing the citation in court.

“But, from what I have heard, in other school divisions that already have an active program in place, it’s very seldom if ever that a stop-arm violation is overturned,” Benson noted. “Because it is kind of hard to dispute video evidence of your vehicle going through the stop arm.”

Fine revenue will be allocated to BusPatrol to reimburse the cost of the equipment, law enforcement to help with additional staffing fees generated by reviewing the video, and the school district to enhance its operations.

While the district was ready to go live with this program on Thursday, district officials said it might be delayed a few additional days.

Benson said his department transports nearly all of the district’s 40,000 students each day. While Benson said he hasn’t seen any student injuries from motorists passing the stop arm in his district, he said his drivers see incidents occur all too often. 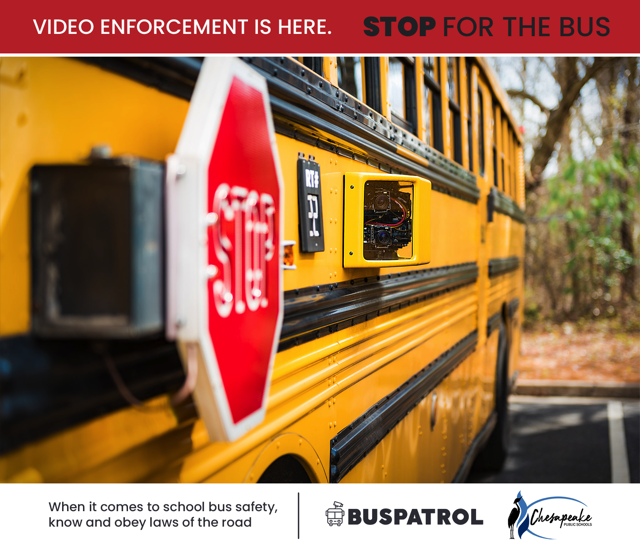 “My drivers were among the most excited that we were getting stop-arm cameras because they do see many cases of their stop-arms being run by vehicles, and it’s just no different than data we have heard from other school divisions or across the nation,” Benson explained. “People just get complacent. They just aren’t paying attention when driving, and before they know it, they have run through a stop arm.”

Benson said one of the representatives from BusPatrol said it best.

“‘We want someone to see a bus and be scared not to stop,’” Benson recounted the official saying. “There is a lot of validity to that statement because it is truly a moving target and most people that are on the road, the last thing they want to do is be behind a school bus. They are not going to be traveling at a fast speed, and in most cases, they are going to stop frequently.”