As school starts up for many districts nationwide, bus drivers, attendants and transportation directors are working through rounds of training, in order to transport students safely to and from school.

At STN EXPO Reno in July, a drill was held to simulate a fire emergency and the challenges that student transporters face when evacuating children. Attendees were invited to walk through a school bus filled with theater smoke, to have the hands-on feeling of what a bus would be like when it is on fire.

The event also demonstrated the challenges of visibility and finding students who might be hiding throughout the bus due to fear.

Many participants emerged from the drill coughing or in disbelief at how hard it was to see the person in front of them in the bus. Some participants were timed on how long it took them to locate two dolls that were placed on seats to mimic real children.

“It’s very smoky; you can’t see very much,” said Michelle Clemo, a school bus driver for Sierra-Plumas Joint USD in California. “I actually couldn’t breathe and that’s fake smoke. It’s very dark and disorienting.… I could barely see the person two steps in front of me.”

Watch the video below that was taken of the interior of the smoking bus:

Clemo added, “It would be extremely difficult and disorienting for the children, because we train them and do evacuate drills, but they don’t get this experience. They probably shouldn’t, and I hope they never have to deal with it. It’s going to be difficult if it happens, especially on my route.”

Participants had to lower themselves onto the school bus floor and run their hands over the seats, in order to determine if they would be able to locate any children in the smoke. It took one participant 43 seconds to search the entire bus and find the two dolls that were placed everywhere.

“I expected to not be able to see, but it was different actually going in there. I forgot that I should be looking for kids. It would be really scary if that were to actually happen. I would try not to panic and stay calm,” said Brandi Whitehurst, a school bus driver for Royal School District in Washington.

Workshop facilitator Denny Coughlin, a national safety expert, reminded participants to physically sweep each row and look beneath each seat to search for all children.

Coughlin said he conducts training drills across the country to better prepare transportation staff if an emergency was to happen. Smoke evacuation drills are only one type of training opportunity for transportation departments. (Article continues after gallery.)

Also speaking at the STN EXPO Reno was Michael Dorn, executive director of Safe Havens International. His keynote address discussed active shooter training that is available to bus staff and the importance of knowing how to act in every situation.

Dorn touched on a time of his life when he brought a weapon to school for his own personal safety. Dorn noted that he never had the intent to use it, but it gave him comfort. He said these students may never have the intent to use their weapons. But with proper training, the bus staff would know how to react properly when the weapon is found or pointed at someone.

Recognizing student behavior is one of the leading ways of keeping a safe and happy school bus, Dorn said. By bus drivers setting the tone for the day, Dorn observed, they help prevent or de-escalate certain situations. 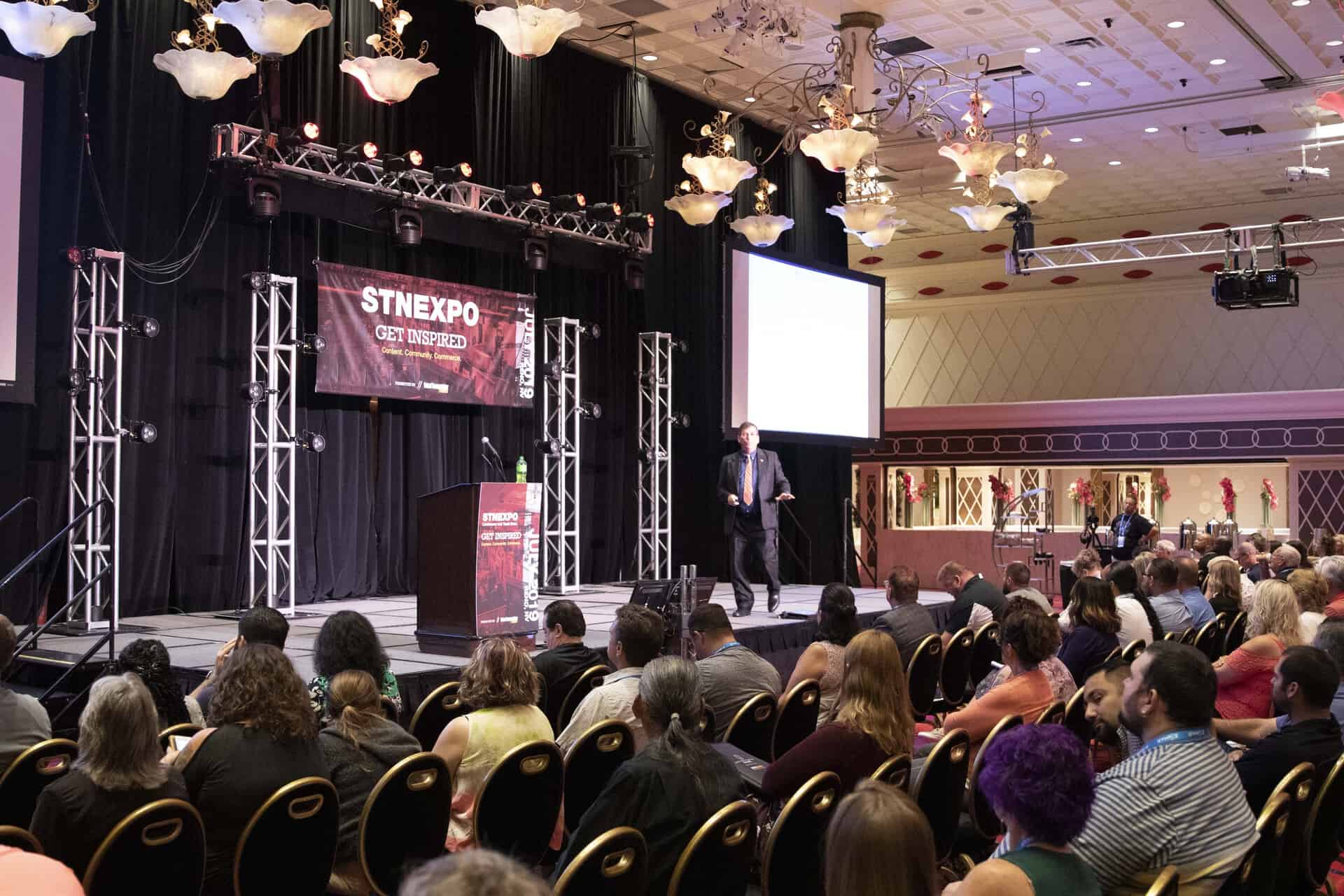 Armoured One is another company that focuses on crisis preparedness, specifically active shooter incidents. Its training starts with a one-hour presentation spent going over case studies from actual school bus incidents. The training proceeds with a discussion of different scenarios and options that transportation workers can be presented with, and the importance of awareness and mindsets.

The final part of the training is conducted in the field with a bus, providing participants with a way to practice the skills they have learned through an interactive, hands-on approach.

Franklin Public Schools in Franklinville, New Jersey, used Armoured One active shooter training and is considering repeating the training in a year or two to refresh the drivers.

Transportation Supervisor Sharon Clair said the training was very informative for her drivers. The techniques were applicable and could be used against an active shooter situation on the school bus, she reported.

The district also provides Cardiopulmonary Resuscitation (CPR) training and Crisis Prevention Intervention (CPI) Training every other year. Clair also asks her local fire department to come out and smoke a bus using a smoke machine to show her staff how fast a bus can fill with smoke. She said that once the bus was filled with smoke, drivers inside lost visibility.

Clair also trains drivers in loading and unloading procedures, student management and accident reporting throughout the year. She also brings in guest speakers to discuss key topics to break up the type of content that are presented.

The Florida State Board of Education updated its rule on July 17, 2019, to require that all bus staff be trained in CPR by November 2020. While some districts are struggling and planning to make that work, they are thankful for the additional safety measures, STN was told.

James Beekman, general manager of transportation for Hillsborough County Public Schools, said the training is another hurdle for drivers who have such high expectations but low pay.

Beekman said that while any measures to improve safety and possibly save a life are positive accomplishments, he could only think of one incident in which CPR was used on a bus at his district, when a student was choking.

Meanwhile, a Georgia school district is thankful for the CPR training because it helped save one of their very own this month.

Three Gwinnett County Public Schools (GCPS) employees were honored by the American Heart Association and the Emergency Response Training and Support Services for helping save the life of a fellow GCPS bus driver.

In another incident, one driver had a seizure during a training session for bus drivers earlier this month. Cindy Johnston, Sandy Purcell and Dee Walls administered CPR until the paramedics arrived, reportedly saving his life.

Don Moore, executive director of transportation for the district, announced that this was an example of why CPR certification is required for all bus drivers and monitors.