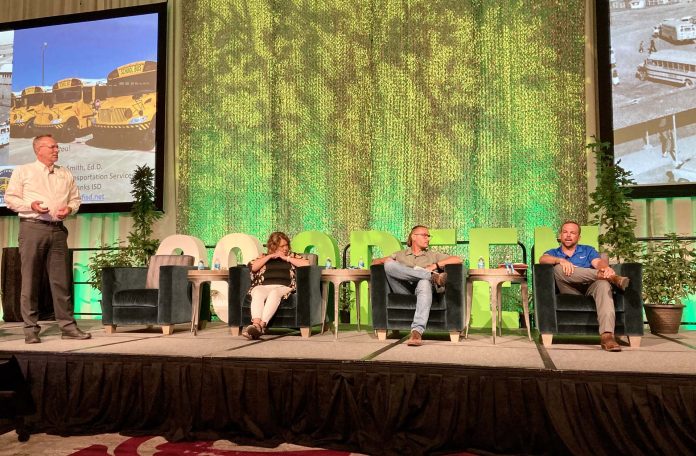 RENO, Nev. – Stephan Whaley, director of autogas business development for the Propane Education & Research Council, opened the Sunday session by pointing out that in order to phase diesel out of a bus fleet, the alternative fuel must perform just as well along with being cleaner, cost-effective and sustainable.

He explained that propane buses have been certified to California Air Resources Board’s optional 0.02 oxides of nitrogen (NOx) emissions, 96 percent less than clean diesel buses, which must continually add parts to achieve the reduced NOx levels required by law. Propane fuel tanks are easy to add to a district’s existing fueling setup, he added.

Kay Cornelius, transportation director for rural St. Louis County Schools in northern Minnesota, said she was initially skeptical of propane until she researched it and tested it in her fleet. Propane now fuels 31 of the district’s buses, amounting to 95 percent of its route buses and resulting in a savings of $150,000 last year. She said she negotiates her propane costs with her supplier and is currently paying under $2/gallon, whereas diesel is about $5/gallon and non-negotiable.

Nevada’s Washoe County School District, meanwhile, got into propane about 13 years ago and has two fueling stations for its 69 propane buses, shared Director of Transportation Scott Lee.

Kayne Smith, director of transportation for Cypress-Fairbanks ISD in Houston, operates 336 propane buses. The 26th largest fleet in the U.S. and largest in Texas has been keeping costs down so money goes back to the classroom, he explained.

Whaley shared that one route saw an improvement in the special needs students it served but couldn’t pinpoint why, until it realized that the regular diesel bus had been replaced with a much quieter propane bus.

In answer to an attendee question on tank capacity, Smith shared that he comfortably runs 350-plus mile routes on a 100-gallon tank.

For districts looking to start with propane, Cornelius encouraged them to do their research and take advantage of demos, including letting drivers get a feel for the buses.

“Don’t go it alone,” advised Smith. He recommended talking to drivers and mechanics to see how propane may be able to help them and seeking advice from suppliers on how and where propane infrastructure can be incorporated into what the district already has in place.

“Consider scale and expansion,” Lee commented. He recommended having a contingency plan because inevitably something goes wrong.

An attendee questioned whether propane provides the same fuel mileage per gallon as diesel. “It’s not the miles per gallon, it’s the cost per mile,” Whaley responded. A district that goes through hundreds of gallons of diesel a month saves when it can buy the cheaper propane autogas instead.

Despite what action movies portray, Whaley added that there is no risk of exploding tanks, pointing to Federal Motor Vehicle Safety Standards on fuel tank integrity and tests conducted by law enforcement training that involves shooting live rounds at propane tanks.

Whaley addressed the 36 cent per gallon rebate on propane fuel, which is usually passed by Congress every year. He said he is hopeful for a five-year extension when the new budget comes out. Districts can also get $20,000 to $30,000 per propane bus, depending on if they’re a priority district or not.

Lee said diesel buses may perform slightly better on hills, but propane buses in general run well and are cheaper to repair. Cornelius said she saves money by training a technician to perform some repairs in-house. Blue Bird and ROUSH CleanTech provided training for all three districts.

Smith revealed he pays 85 cents per mile when operating his diesel buses compared too 55 cents per mile with propane. Lee reported a 13-cent difference, which has ballooned to 30 cents with recent fuel and supply chain complications.

Whaley also informed the audience of a new portable propane tank, part of a system that also includes an electric bus charging station which is powered by solar panels and a propane generator. The unit was on display during the Immersive Green Technology Experience that evening.

It is a drop-in, off-the-grid, forward-thinking solution ideal for smaller districts that may not have the resources for a full infrastructure project, said Mauricio Morafiallos, CEO of PERC’s partner Propane Fueling Solutions. “We all know electrification is coming, so why not work with it?” he added. 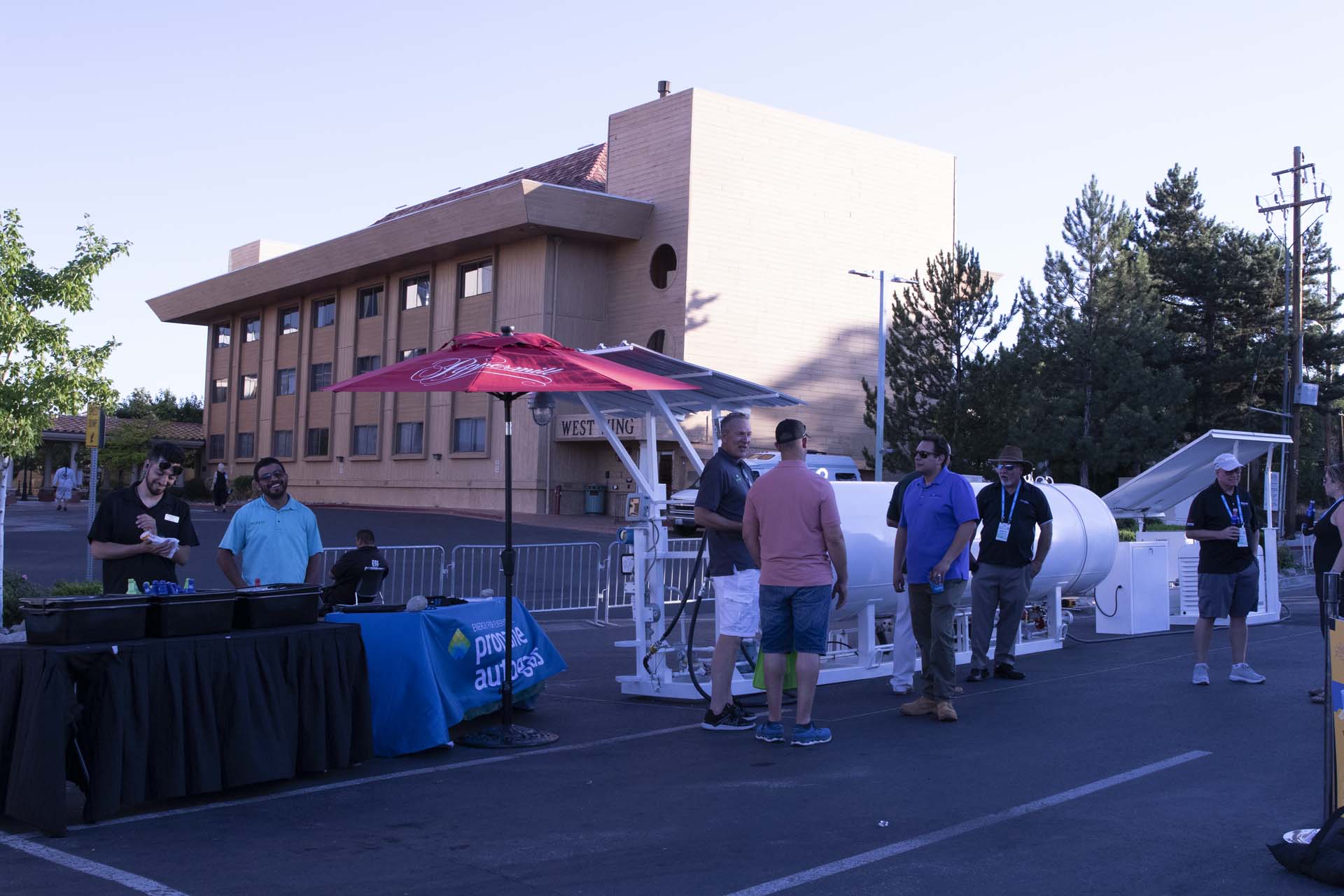