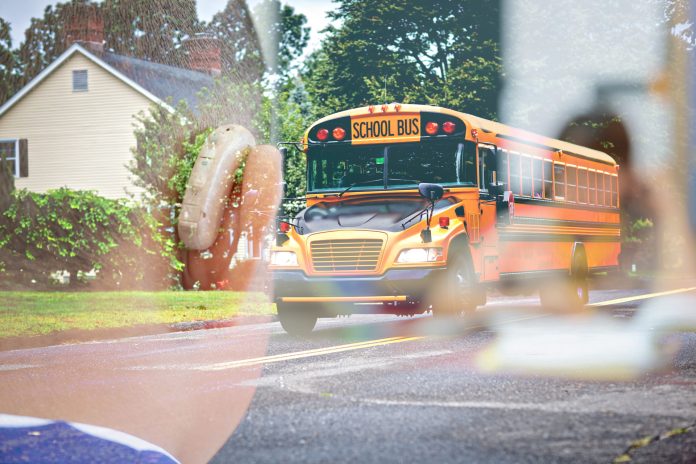 How students safely get to their school bus stops is a critical aspect of student transportation but one that can be overshadowed by the various other pressures currently affecting the industry.

Miami-Dade County Public Schools was reminded recently of the necessity to regularly review school bus stops after a deaf student was allegedly robbed at knife-point.

According to local news reports, police arrested three 17-year-old boys and charged them for the incident that took place Sept. 30 in Miami’s Little Havana neighborhood. A police report alleges that one boy had taken out a knife and pointed it toward the victim’s stomach, then issued a demand the victim couldn’t make out. The victim tried to communicate with his attacker by using sign language, but it was of little use. Police said he was forced to give up his cell phone, and the three suspects then fled the scene.

Little Havana is named after the capital of Cuba and is home to many Hispanic immigrants. The immersive area offers a bustling, vibrant Cuban culture.

In 2019, Miami’s crime rate was 1.3 times higher than the national average, and higher than nearly 88 percent of other U.S. cities. Areavibes, a website that provides livability scores nationwide, published 2020 data released by the FBI in September 2021, citing the Little Havana neighborhood as having a 27 percent increase in total crimes, a 40 percent surge in violent crimes, and a 25 percent boost in property crimes.

The first National Congress on School Transportation (NCST) was held in 1939 at Columbia Teacher’s College in New York City. That meeting, organized by Frank Cyr and funded by the Rockefeller Foundation, created the standard of school bus yellow for all vehicles.

Later, NCST revised the Highway Safety Program Guideline #17 – Pupil Transportation Safety, and it became effective as of May 29, 1991, to include expanded age groups (pre-kindergarten students, infants, and toddlers). NCST’s mission has been the safe transport of children and the promotion of consistency throughout the industry.

Many of the recommendations published in the National School Bus Specifications & Procedures manual focus on school transportation security measures related to emergency preparedness, including planning and policy considerations, further security assessments, and suggested training in case of foreign or domestic terrorist threats since Sept. 11, 2001. Though criminal elements like violence and bullying from students have been just as crucial of a safety focus when considering emergency preparedness. Part of the safety precautions that are under-discussed as a critical issue is route and stop review planning.

NCST is normally held every five years. COVID-19 canceled the 2020 meeting, with the next event scheduled for May 2025.

For 75 years, the National Congress on School Transportation (NCST) has recommended operational procedures to address the expanding use of school buses, and it includes a section on review by school districts of school bus stops to identify potential hazards.

According to the National School Bus Specifications & Procedures:

“A periodic review should be conducted for the purpose of identifying factors that might indicate the need for a route change. After the review is completed, someone may drive over the route in the same equipment that will be used in the actual operation, or GPS systems can be used for verification and comparative data as well. A time study should be part of this review. The driver(s) who will operate the bus(es) over the route(s) should regard the trip as a dry run. All scheduled stops and times between stops should be indicated. This data, if accurately obtained, will permit the development of a schedule which probably will need little revision once it is placed into effect.

After the route has been established, a schedule showing individual stops and accompanying student roster should be provided for drivers (to include substitute drivers). Requests for new or additional service should be investigated thoroughly before a change is made. Stops should be established only after thorough investigation has revealed the location to be the most desirable in the area clear of hazards or dangerous situations.”

Miami-Dade County Public Schools told School Transportation News that the district is committed to creating safe routes. That chief commitment, according to the district, has always been to foster a safe learning environment for students and employees, which begins as soon as they board the school buses. Their buses are monitored by a Miami-Dade Schools Police Command Center and its 18,000 security cameras.

The school district transports 35,000 children on any given day, according to the transportation department. The fleet consists of 998 school buses and the district operates 721 in-house routes. When transportation staff receive complaints about a bus stop, whether they be about heavy traffic or dangerous activity, the county sends a field operations specialist to survey the area to determine if and how a different bus stop can be created. Each district school bus stop is designed to maximize the number of students who have access to one particular stop. The goal has also been to avoid students having to walk further.

In addition, Miami-Dade County offers door-to-door transportation services to eligible students with an Individualized Education Program (IEP) or a physical disability. But in the instance of the alleged robbery of the deaf student, the district’s school buses were too large to drive into the apartment complex where the student lives. Instead, the district official said he had to be picked up at the bus stop located at the entrance to his apartment complex, where the incident occurred.

Paul Novak, a former 20-year director of transportation and safety officer in Arizona, is now president and CEO of Gauge Precision Consulting. He told STN that school districts should review every bus stop it has no less than annually to ensure the stops are environmentally safe and they are not located near higher speed limit zones, intersections or ongoing construction.

“Districts are responsible with ensuring that bus stop selections are not arbitrary or capricious and out of an abundance of caution,” he added. “Routing software is very powerful and helpful in developing efficient routes; however, the software should never alone be used to select stops for routes. This should be done by transportation personnel observing possible stop choices first-hand.”

Novak continued by saying that as environments change, so do risks posed to students.

“Equally important is ensuring that stops are developed to prevent isolation to the greatest extent possible,” he advised. “Stops with only one student or public locations like commercial enterprises and public bus or transit stops, where students are more likely to encounter adults and others with no school affiliation, can be dangerous. Drivers should raise concerns about stop locations as they encounter them.”

He told STN that more and more districts are also making school bus drivers and teachers obtain the same training to “identify, intervene, and report” bullying or other violence. This requires continued training to report bullying or violent behavior along with school counties routinely assessing routes per NCST guidelines to avoid dangerous and life-threatening situations, is necessary.

Novak also noted that it is rare to have a deaf student unattended at a bus stop alone.

“Too many students wait at stops in the morning,” Novak expressed concern. “Waiting around can expose bus riders unnecessary and sometimes harmful situations that can be avoided.”

If nothing else, modern technology such as tracking apps could help parents in the future track their child’s bus to ensure their stop is on-time and not too early. A proactive solution could include regularly urging parents to use GPS apps to receive notifications of school bus arrival times and when and where their children board and exit school buses.

Miami-Dade County Public Schools said it encourages parents to use a GPS bus tracker available to them. Parents can go to the school, obtain a PIN, and log into the parent portal. Parents can only see the GPS information for their child and not any others. The only catch is that if there is a day where a bus breaks down and another bus transports the student. The GPS only works for the student’s assigned bus.

(STN Podcast E138) Gratefulness Sound Off: What the School Bus Industry Has To Be Thankful For