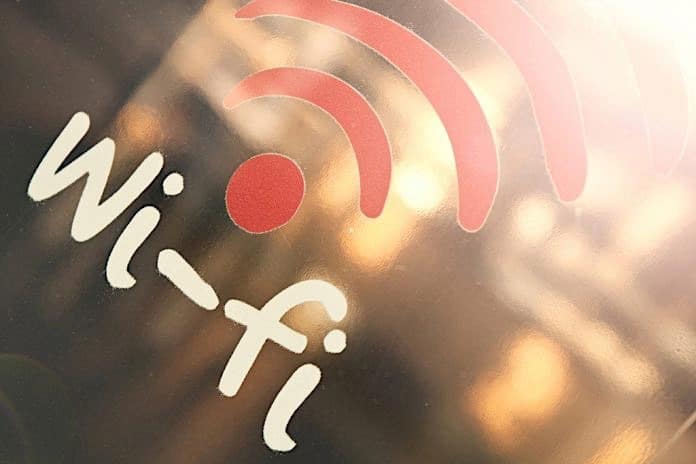 Brantley Hooks, business development executive at digital access provider and webinar sponsor Kajeet, explained that school bus Wi-Fi is a growing movement, spurred by the COVID-19 pandemic. The company has installed its SmartBus Wi-Fi solutions on about 1,500 buses operated by 2,700 school districts nationwide. Their connectivity solutions do not allow gaming or streaming but are designed to allow students to focus on their schoolwork while in transit.

Billy Huish has almost two decades’ experience as transportation director at Farmington, a rural district of 21 schools and over 11,000 students. The average bus commute is over one hour each way. While searching for a solution to the digital divide and lost learning time, Huish came across Kajeet at an industry trade show in 2018.

Like many districts did during the pandemic, Farmington offers every student their own computer or tablet, which they can take home.

The district started by equipping 27 buses with SmartBus Wi-Fi technology in 2019. Eventually, that was expanded to the whole fleet of 68 buses, including special education vehicles.

Ryan Stanley, Kajeet’s business development executive, said that the Wi-Fi technology can be installed by the school bus dealer, Kajeet staff, or transportation personnel. District mechanics installed some of Farmington’s equipment, which Huish said was a fairly easy process.

Stanley noted that the company offers hard-install kits or portable devices that can be moved between vehicles. They can use whatever network is in a district’s area, or even multiple networks for better coverage. Farmington uses Verizon.

Better student behavior also translates to less paperwork and time saved for both transportation staff and district administration, which Huish said has been a blessing during the operational complications of COVID-19.

“The most important thing we’ve done is be able to support our students and our drivers and not tie them up with this discipline issue,” he commented.

This poll is no longer accepting votes

Additionally, Huish reported that Wi-Fi is being used to complete 900 homework hours per week, improving student academic success. He has received positive feedback from district administration and parents alike.

Huish relayed that one bus Wi-Fi unit was receiving extra activity. Upon further investigation, it turned out that students in the neighborhood were able to use the connection for homework even after being dropped off, since the bus was parked at the driver’s home nearby.

Stanley noted that the Wi-Fi range is 150 to 300 feet. Huish confirmed that the connectivity is strong even in the district’s rural New Mexico area.

Sentinel has also allowed the transportation department to track increased Wi-Fi usage on trips home from school as well as on activity and field trips. Farmington serves families on the nearby Navajo reservations, along with families who live on farms. Huish noted that these students can now use their evening hours for family time or chores rather than homework.

“Where it was down or wasted time before, we’ve turned that into productive time,” he said.

As a retired firefighter, Huish always has an eye on emergency preparedness. Farmington buses have provided Wi-Fi to a hospital whose network went down as well as to COVID-19 testing and vaccination sites.

Current federal funding sources include National Telecommunications and Information Administration grants and Title 1 funds, the latter of which supports students on free and reduced lunches.

Huish related how he involved his stakeholders, school board and other department heads, getting them on board for a successful implementation. He stated that his technology director assisted greatly and that his district secured Title 1 funding for its school bus Wi-Fi.

Applicable COVID-19 federal funding includes the $13.5 billion Coronavirus Aid, Relief and Economic Security Act, which Stanley said can be used till the end of the year. Other sources are the Elementary and Secondary School Emergency Relief (ESSER) II funding of $54.3 billion, which was approved last December, and the recently approved American Rescue Plan (ARP). The ARP includes $122 billion in ESSER III funding and $7.2 billion from the FCC Emergency Broadband Benefit Program, which targets off-campus connectivity.

“I think COVID-19 has really forced [school district] administration to consider [the school bus] an extension of the classroom,” noted STN Publisher Tony Corpin during the webinar. “This has really realigned how important the school bus is in the overall educational process.”